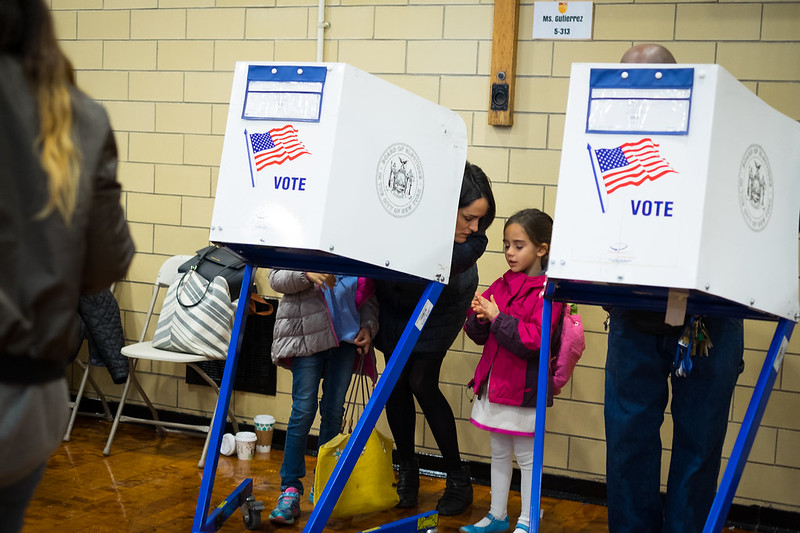 While much of the nation is focused on Donald Trump’s efforts to overturn the will of the voters in the presidential election through court challenges, delays, and proposed do-overs, a small group of politicians is seeking to do something similar in New York City.

At the beginning of 2019, City Council Speaker Corey Johnson established a Charter Revision Commission consisting of appointees of the Mayor, the Speaker, the Comptroller, the Public Advocate, and all the Borough Presidents. That Commission voted 13-2 to recommend, among other proposals, a new system of voting in city party primaries and special elections, called Ranked-Choice Voting (RCV). Only the Staten Island Borough President’s appointee and one of the Speaker’s four appointees voted against the proposal. RCV was then approved by almost 75% of those voting in the November 2019 municipal election and is now law in New York City, applicable to all City Council, Borough President, and city-wide primary and special elections. It’s set to take effect in 2021 when New Yorkers will elect a new roster of city government officials, including a new Mayor.

RCV is increasingly employed in municipal and state elections around the country because the method has many advantages. It avoids costly runoff elections and assures that a candidate has significant support among a majority of voters. With the city providing an 8-1 match for certain campaign funds, hundreds of candidates are competing in City Council primaries and special elections this coming year. In a crowded race, absent RCV, a special interest-backed City Council candidate could win with less than 10% of the vote and without truly representing the interests of district residents.

At a time when our city faces daunting financial, social equity, policing, and economic recovery challenges, we can ill afford to have elected officials who do not broadly reflect the sentiments of their constituents. We need city-wide, borough-wide, and City Council representatives who can work together to heal the city as we come out of this destructive pandemic that has wreaked disproportionate havoc on our most vulnerable residents, small businesses, and much more.

Ranked-choice voting makes this possible. Candidates will not only have to appeal to their core voters,  but also to a larger audience in order to attract second, third, fourth, and fifth preferences because, in a large field, no candidate is likely to garner 50% of the first-choice votes. Not only will this produce more civilized and democratic campaigns, but may also produce better ideas that can inform city governance beginning in 2022.

And, yet, some are now belatedly seeking to overturn or delay RCV. Are they motivated by the public or their own self-interest? Some opponents argue that voters of color won’t understand RCV and will leave their second through fifth choices blank. Huh? Most studies have shown that RCV actually benefits candidates of color. In San Francisco, which just recently implemented the system, London Breed, a Black woman, was elected Mayor, thanks in part to RCV.

Others say that the New York City Board of Elections is not prepared to implement the system, despite assurances otherwise from the Board’s Executive Director.  There are now reports that county political party organizations, which appoint the BOE’s Commissioners, are attempting to put pressure on their appointees to get the Board to propose a delay. And, there has been an attempt to get the City Council to somehow reverse the recently-approved City Charter change incorporating RCV based on public approval last year. Some opponents have sought relief from the courts. The State Supreme Court recently denied a request for a restraining order to prevent RCV from being implemented in the special election to be held on February 2 in Queens for a City Council seat, which will be RCV’s first implementation in New York City.

Do these audacious, last-minute efforts to overturn the will of the voters sound somewhat like what we are seeing coming out of the White House?

Sadly, as with Donald Trump, these efforts are not expected to abate. However, as Justice Louis Brandeis said, “sunlight is the best disinfectant.” If the public fully understands the mechanics of ranked-choice voting and its advantages, it will be effectively implemented.  The responsibility for educating the public rests with the city’s Campaign Finance Board, which says it is fully prepared to launch an education campaign.  With the first Special Election scheduled in six weeks, a major educational campaign is already underway in that district, thanks to the efforts of Common Cause NY.

With two more special City Council elections coming in March and others to follow, the time to launch a citywide campaign is now. Civic organizations should augment the public education effort with their own campaigns, as they did with the successful effort to get New Yorkers to participate in the 2020 Census.

The main event will come in June when we will have primary elections for all city-wide, borough-wide, and City Council races. By then voters should be fully knowledgeable as to how the new system works and we are confident that it will lead to more democratic and healthy campaigns, more pleased voters and empowered elected officials, and a new city government that can work together for the benefit of all its residents.