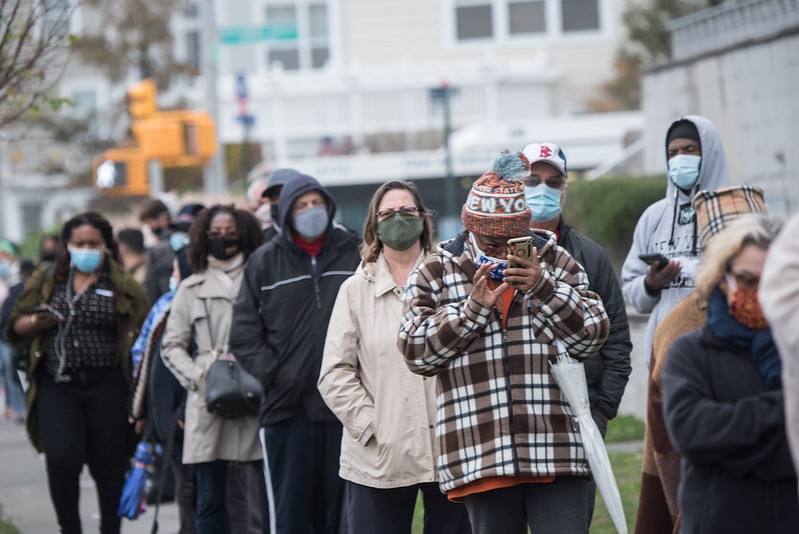 Blockchain – many know it is a technology of the moment, but few understand how it works. It’s just one of those things that sounds important, but so many eyes glaze over when the phrase is used. But more and more, the use of blockchain technology is becoming commonplace, and it’s time we consider using it to make sure elections are as secure as possible.

Blockchain is known as a “decentralized ledger” -- meaning that whenever a change is made to any digital information it contains, the change is recorded in multiple locations with a time and date stamp.  These locations are known as “nodes.” So, it would be next to impossible for someone to simultaneously change any information in all the nodes without detection. That information is incredibly secure.

First used in cryptocurrency, blockchain’s use has expanded in recent years, to facilitate contracts, track supply chains, and conduct business virtually. But its potential in elections is especially exciting.

There are already some examples of blockchain at work in our democratic process. A handful of states have tested mobile application-based blockchain voting, including in the recent national elections. For example, voters in one Utah County had the option to use it to vote; this was so successful that the Utah State Legislature has introduced a bill to allow voting via blockchain in off-year municipal elections as well.

West Virginia also allowed members of the military and Americans overseas to cast their votes via a blockchain-based platform in 2018. When we consider the impact this could have in New York State, it is especially intriguing. After all, the 2021 New York City municipal elections are on the horizon – off-year contests that historically attract relatively few voters.

Here is how blockchain voting would work: Voters would be issued a blockchain ID or unique token whose digital voting activity can be tracked and traced, as we said, up and down the highway of information and right back to the source (the blockchain ID is simply an ID, not something that can track your digital or physical movements).  Registered voters and new voters could authenticate their blockchain ID through an easy-to-verify process, similar to what one does when signing digital contracts or acquiring a driver’s license.

Once a voter’s identity is confirmed and the blockchain ID is authenticated, a platform with an application attached to it would be sync’d, similar to what took place in Utah County and West Virginia.  This could be done in-person at polling stations as well. Once the vote is submitted, the vote is immutable and locked in. Each “voter key” always follows that voter so election boards would know who that voter is -- and where the vote is coming from. Hacking is pretty much impossible.

To be clear: it would be voluntary. No voter would be forced to use this technology. Therefore, it can never be used as a way to disenfranchise voters by creating onerous standards for identification.

Other benefits to incorporating blockchain in voting include:

The results are instantaneous as the time-stamped votes are tallied right away. This helps ensure voter and others know who their leaders are, avoiding the lag time we saw in some races, including New York.

It promotes social distancing in a way that early voting could not as people waited hours to vote in long lines less than six feet apart.

Mobile voting will become the norm for the next generation, already adept at using phones to conduct many daily tasks.

It promotes voter equity. Nearly everyone has a mobile phone, a tablet, an electronic device, or at a minimum access to a wireless hotspot that ensures virtually everyone of all backgrounds has access to the polls, including voters from lower-income neighborhoods, voters stationed overseas, or voters with disabilities. The more ways citizens have to vote securely, the better.

It creates cost efficiencies over time through reduced costs of running elections, including the time saved in faster and more accurate results that could reduce the days of counting votes and need for recounts.

While we should not go from zero to 60 when it comes to blockchain-based voting, we should continue to gradually incorporate its use and build upon its successes to-date. In the future, blockchain voting should be “on the ballot.”