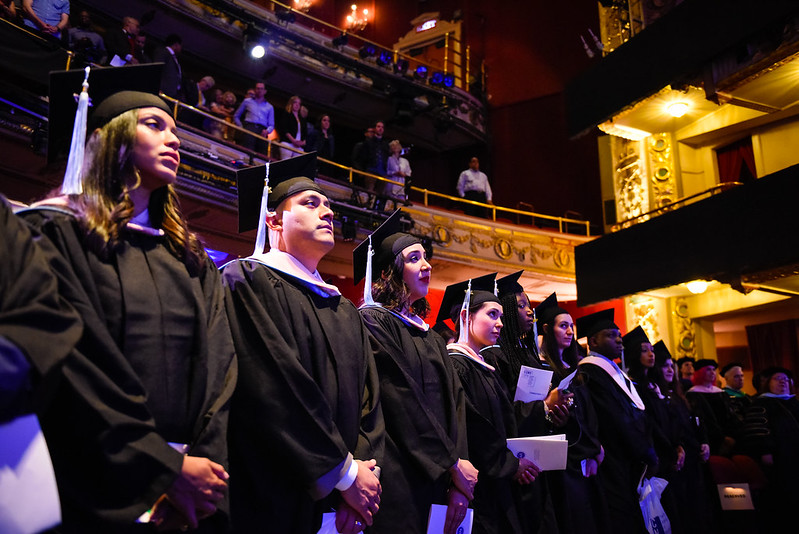 There’s an unwarranted assumption that workers with college degrees are at the top of the heap in terms of not only earnings but also rights and dignity. Despite the obvious benefits of desk work, especially work that can be done remotely during a pandemic, the fact is that many highly-educated workers in New York City are plagued by the same low wages and lack of job security that fast-food workers have been fighting for years. Such is the plight of 15,000 Adjunct Faculty who teach hundreds of thousands of students at City University of New York (CUNY).

Most workers in this country are what is known as “at will” employees. That means they can be fired any day for any reason, no matter how long they have been on the job, no matter how good their work is. “At will” employees can lose their livelihood if the boss doesn’t like red shoes, they need three days off to care for a sick family member, or the employer simply finds someone else who will do the work at a cheaper wage. And if the employer needs to cut the workforce for any reason, they have the complete discretion to choose whom to layoff, and how. The worker who has labored for ten years, or, for thirty, has no “right” to their job.

At one time, many more workers in this country were in unions, and traditionally among the first areas those unions addressed in contracts with management were ways to institutionalize job security rights. But as employers have discovered wrinkles in national labor laws that enable them to resist unionization, the number of unionized workers has decreased and job precarity has grown. Especially for low-wage workers of large employers – McDonalds, Walmart – no one seriously thinks those workers will be able to form unions anytime soon.

And so, some unions, among them the Service Employees International Union (SEIU), have trail-blazed fighting for legislative rights for workers if contractual ones cannot be secured. SEIU notably pioneered the “Fight for 15,” the struggle to raise the minimum wage to $15 per hour. Now, its work has resulted in two remarkable new pieces of New York City legislation protecting workers at any fast-food restaurant with more than 30 outlets nationwide.

One bill just recently passed by the New York City Council directs that when layoffs or reduction of hours occur for economic reasons, they must take place in order of seniority, so that longevity in a job provides protection and security from reduction of income. The other recently-passed bill requires that, after a probationary period, workers can only be fired through “due process” and for “just cause”— meaning that the employer must be able to show an arbitrator – a neutral third party – that the worker violated some “policy, rule or practice,” and that the employer impartially applied a disciplinary process leading to discharge. Again, these protections apply only to workers at fast-food restaurants that are part of chains with more than 30 outlets nationwide.

Along with New York State’s earlier doubling of the minimum wage, we see a consistent pattern: New York’s state and city governments are now establishing by law the types of work protections that used to be secured by workers mostly when they were able to organize themselves into unions. The extension of these basic job protection rights to those not in labor unions is both heartening and amazing.

But if these protections are vital for fast-food workers, why stop there? For decades, the proportion of college faculty who are “contingent” or “at-will” has been growing. There’s even a term for them: the “academic precariat.” At New York City’s massive public university system, CUNY, the majority of the faculty are now job-insecure.

Both of us have been teaching for several years at Lehman College, part of the CUNY system. One of us has a PhD and the other is just finishing a doctoral dissertation. But because we were hired as “adjunct faculty,” we have learned that, as the saying goes, those degrees and $2.75 will get us on the subway. While we belong to a union, it has been able to make just a little headway on job security. The protection that fast-food workers just won is far more comprehensive.

After CUNY laid off over 2,000 adjunct faculty this fall – about 15% of our numbers – only one of us is working and the future is uncertain. How that process unfolded, how decisions were made as to who would retain employment, is a complete mystery.

While many department chairs strive to keep long-serving adjunct faculty on payroll and protect those who gain health insurance through this job, there is no contractual obligation. In fact, at some campuses it seems the most senior adjunct faculty were specifically targeted for layoff, perhaps because they make a few dollars more. (And we do mean “a few”: most of us make less than $5,500 for every course we teach.) If seniority can be applied to fast-food workers, why not us?

Even in more normal times, our employers make unilateral decisions about who retains their job and how many courses we teach. Our employer answers to no one, explains to no one, and certainly does not need to prove just cause when deciding to simply not call us back for the next semester. It is wrong for any worker to be treated this way.

CUNY is small potatoes next to multi-billion-dollar corporations like McDonalds and KFC, and our City Council has now compelled those corporations to treat their workers with dignity and respect. Can the Council extend the same basic work protections to the faculty whose mission is to help the youth of New York gain a college education? Like fast-food workers, we deserve due process after a probationary period and the same right to a written explanation and legal recourse if we are dismissed. Like them, we want our employer to be compelled to prove economic necessity before laying off teachers and reducing the number of classes for students. Like them, the first hired should be the last to be laid off and the first to be rehired.

Whenever adjunct faculty complain about low wages or lack of job security and a career track, we are told that no one can stop the “adjunctification” of the university. But many things seem impossible until someone does them. In this city, people have come to recognize fast-food employees as “essential workers,” and that surely helped the Council to muster the courage to make this move. Imagine this for CUNY adjunct faculty. As John Lennon said, it's easy if you try.

***
Ruth Wangerin is an adjunct assistant professor scheduled to teach courses on gender and on culture, with a focus on the agroecology movement, in the Lehman College Anthropology Department. Marc Kagan is currently teaching about racial inclusion and exclusion in the Lehman College History Department and is finishing his Ph.D. on New York’s transit workers.