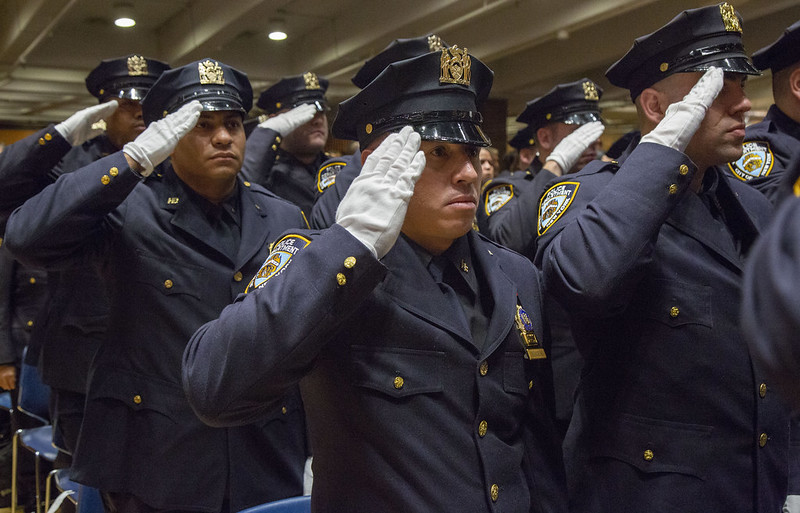 As the new year begins and the 2021 mayoral primary unfolds, we need to know more about candidates’ plans for police. In 2020, New York City experienced enormous and persistent protests against police brutality, and the Department of Investigation released a report in December showing the many ways in which the NYPD’s response to those protests fell short. Meanwhile, gun violence in the city doubled compared to 2019, hitting low-income communities of color the hardest. We must demand that candidates for Mayor of New York City move past commissions, task forces, reports, and rhetoric to provide us with detailed plans that address policing and crime.

Although support for the Black Lives Matter movement this summer skyrocketed, New York City legislation has failed to meet the moment. New York State has increased law enforcement transparency and accountability by repealing Article 50-a of the New York Civil Rights Law, which had shielded police disciplinary records from public view, and has established a new Law Enforcement Misconduct Office in the New York State Attorney General’s Office, which will go into effect this April. While the city has taken big steps to regulate, for example, the use of police surveillance technology, local lawmakers have largely shied away from addressing issues related to use of force and police brutality.

The City Council outlawed “reckless” chokeholds many years after then-Police Commissioner Ray Kelly banned them in 1993 but they kept being used. The DOI report recommends expanding de-escalation and implicit bias training, echoing the de Blasio administration’s officer training courses announced in 2014. The NYPD’s proposed disciplinary matrix, released in August, simply consolidates existing guidance from the Patrol Guide and fails to assign termination as a presumptive penalty for excessive use of force, harrasment, sexual abuse, and other misconduct. If similar initiatives did not address the root causes of police brutality in the past, it is unclear why these actions will produce the meaningful reform this moment requires.

Demands for police reform reached their pinnacle this past summer. In contrast to many of New York City’s previous protests, the George Floyd protests began in familiar spots like Foley Square and Union Square but quickly spread to residential areas throughout the city like Astoria and Bay Ridge. And these protests drew enormous crowds: according to the DOI, in the afternoon of June 4 alone, there were nearly 15,000 protestors spread across the five boroughs. Also notable is just how many white New Yorkers showed solidarity with their neighbors of color on issues of police brutality.

The DOI report describes the NYPD’s handling of protests that were larger and more persistent than any other in New York City’s history. The report itself, however, is reminiscent of many of the police reform efforts of past mayoral administrations. Throughout the last century, city legislators have worked on police reform episodically, through task forces and commissions, and most of those efforts have fallen short. To ensure the DOI report makes a real impact, we need the candidates for mayor to be clear about their plans for meaningful police reform.

And we need them to show how they would provide a real break from repeating history yet again.

In 1935, Mayor La Guardia’s Commission on the Conditions of Harlem recommended that the city discipline police officers who interfered with civilians based on private prejudices. No such change took place. In 1966, Mayor Lindsay delivered on one of his main campaign promises by adding four civilians to the Civilian Complaint Review Board. Within the year, however, the Police Benevolent Association mobilized a public referendum that reversed Lindsay’s action. The Knapp Commission of 1970 established a statewide Special Prosecutor’s Office for the criminal justice system, both to monitor district attorneys’ anti-corruption work and to conduct its own investigations. The office was disbanded in 1991.

The 1992 Mollen Commission exposed a culture of “loyalty over integrity.” In response, the NYPD changed some aspects of police recruitment and training, and three years later, via executive order, Mayor Giuliani created the NYC Commission to Combat Police Corruption. The Girgenti Report, released in 1993, effectively ended Mayor Dinkins’ mayoralty by showing how he mismanaged the Crown Heights riots. The report, however, did little to recommend improvements to the NYPD. Mayor Giuliani assembled and then made a point of ignoring his 1997 policing task force, which consisted of lawyers, community leaders, and members of the clergy. In 2013, after a federal judge found the NYPD’s use of stop-and-frisk unconstitutional, the City Council established an Office of the Inspector General for the NYPD, joining the CCRB and the Commission to Combat Police Corruption as a third layer of oversight to the police. Each agency has the power only to make recommendations to the NYPD, many of which are ignored.

Despite the various commissions, task forces, reports, and oversight agencies, however, Officer Daniel Pantaleo kept his job for five years after he used a chokehold to restrain and ultimately kill Eric Garner in July 2014. George Floyd’s similar cry – “I can’t breathe” – resonated with a city that has grappled with issues of police brutality and racial discrimination since its founding.

Rather than focus on the isolated episodes of looting in Soho and Midtown, officers kettled and arrested over 2,000 peaceful protestors, including legal observers, pepper sprayed elected officials, and beat up journalists. Although the NYPD’s use of firearms has plummeted at a remarkable rate – from 810 discharges in 1970 to 35 in 2018 – videos from the summer show that police aggression and brutality have persisted.

Attempts to meaningfully ‘defund the police’ failed this fiscal year. Although the NYPD’s budget for the current fiscal year (FY21) was reduced by millions of dollars (the mayor speciously tried to claim $1 billion) in response to public demands, reductions represented aspirational cuts in overtime, sleight-of-hand transfers to other departments, and a $450 million reduction in capital funding rather than a meaningful change in the NYPD’s footprint. The actual budget cuts were closer to the order of $120 million, and even that may not hold. In any case, defunding the police is no magic bullet, and we must listen to municipal leaders of color, many of whom oppose the ‘defund’ movement and believe that well-trained, ethical officers are essential to the safety of their communities.

One of the DOI report’s main recommendations is to teach officers to facilitate First Amendment expression rather than obstruct it. Doing so requires not simply new training, but a fundamental paradigm shift within the NYPD, starting with its leadership. It requires a change in how officers are briefed before attending protests and the tactics they are permitted to use. Alongside this recommendation, we need more ideas that push us to rethink the role police officers play in maintaining public safety. Council Member and City Comptroller candidate Brad Lander’s plan to relieve the NYPD of its traffic enforcement and crash investigation responsibilities is another such idea. Removing officers from schools is yet another.

These policy changes are not radical; they would simply enable officers to focus on the tasks that require a badge and a firearm rather than responding to situations where a police presence heightens tension and causes harm.

In the background, from April 2021, the State Attorney General’s Law Enforcement Misconduct Office will investigate police misconduct and determine the need for prosecution, disciplinary action, or further investigation. This new office may help ensure that, statewide, actions have consequences for officers who abuse their power.

The DOI report is only the beginning of a necessary conversation about police reform in our city, but on its own it is insufficient to bring about change. We must understand how our mayoral candidates plan to implement the recommendations of the DOI report, whom they will appoint for key roles including Police Commissioner, and how they envision making police reform a reality.

In addition, we need new ideas that rethink how the NYPD maintains public safety alongside a broader coalition of organizations and agencies. We can no longer afford to settle for the endless commissions, task forces, and empty rhetoric of the past.