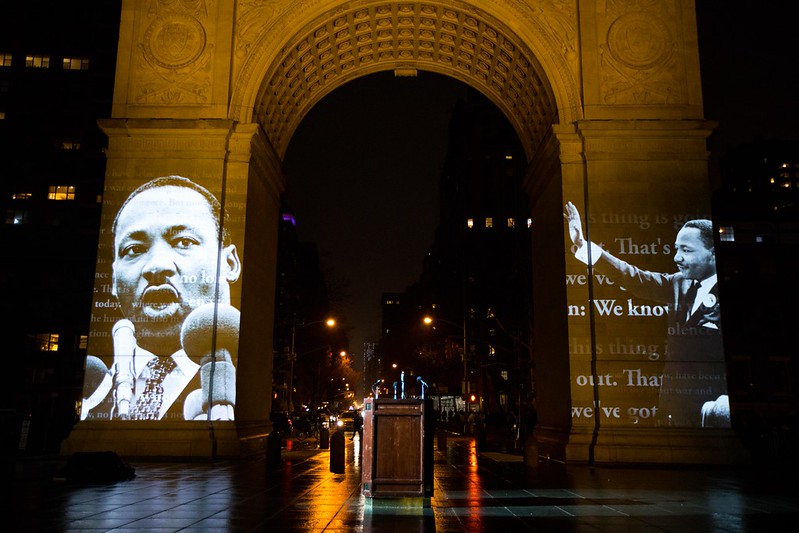 Today we celebrate the life of Rev. Dr. Martin Luther King, Jr. and in July we will honor and mourn the first anniversary of the passing of Rep. John Lewis, who marched side-by-side at Selma and together championed voting rights as a key aspect of the Civil Rights struggle for Black people in the United States.

In recent weeks we have witnessed both the best of democracy -- massive voter turnout, particularly among Black Americans, overcoming voter suppression tactics to drive historic U.S. Senate wins in the deep south -- and the worst of democracy -- white supremacists running roughshod through the U.S. Capitol, leaving five people dead.

In recent years, across this country, we have watched in dismay as voter suppression tactics targeting people of color have regained a foothold through both laws and intimidation, with the support of powerful state actors and right-wing militias alike.

Preventing people from voting was such a significant strategy of Donald Trump’s failed re-election campaign that he went so far as to undermine the U.S. Postal Service in order to limit the efficacy of mail-in ballots.

Democracy is an act, the late Rep. Lewis stated in his final address to the nation. "The vote is the most powerful nonviolent change agent you have in a democratic society. You must use it because it is not guaranteed. You can lose it."

So what would you say if I told you that New York State retains in its laws a Jim Crow-era voter ban, written explicitly to disenfranchise Black people in the aftermath of formal emancipation?

The racial impact of the targeted disenfranchisement of individuals on parole cannot be overstated, given how generations of mass criminalization and mass incarceration have targeted Black and Latino communities. Criminal convictions have been used to suppress Black voters since the day we won even the most tenuous right to the franchise.

New York State, long a progressive beacon in the nation, must take a principled stand against this trend, to promote voting, especially in communities targeted for voter suppression.

One easy immediate fix is to codify Governor Andrew Cuomo’s executive order on voting rights for people on parole, through legislation currently on the table in the state Legislature (bill S830). The governor’s order provides pardons for the purpose of voting to most people on parole, and is a critical first step; but we must do more.

According to the Brennan Center for Justice, only about 1,000 of the 30,000 people who newly received voting rights thanks to the governor’s order actually registered to vote, because of confusion in the process. In addition to ensuring that restoring voting rights is enshrined in the law, the bill would provide notice and an opportunity to register to vote upon release from prison.

There should be no confusion among eligible voters as to whether or not they legally have the right to vote. The continued success of our democracy, undermined substantially during the past four years, depends on this. Iowa, California, Washington D.C., and Florida took significant steps towards righting this wrong in 2020. Will New York State stand up and be next?

***
Rev. Kirsten John Foy is President and CEO of The Arc of Justice. On Twitter @KirstenJohnFoy.