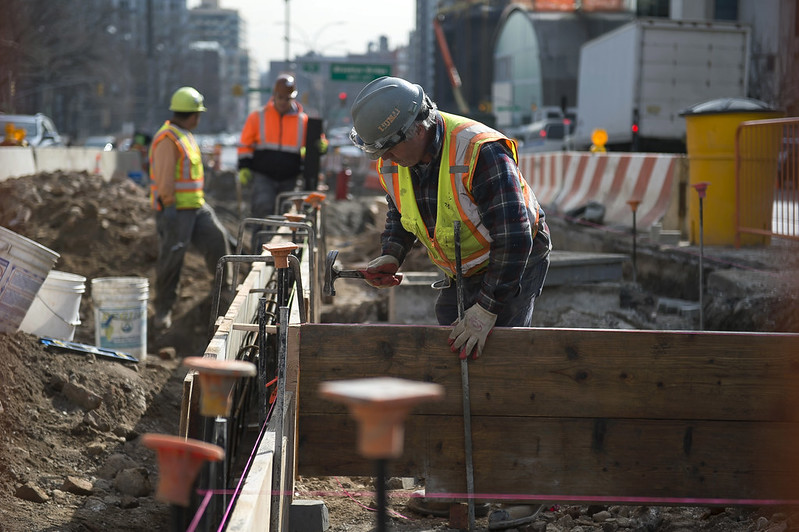 A major new federal infrastructure investment seems increasingly likely this year. During the campaign, then-candidate Joe Biden proposed a $2 trillion infrastructure plan to boost the economy and tackle climate change. President Biden now has signaled that he intends to move his Build Back Better plan forward later this month, and it could have bipartisan support.

New York City should start preparing to seize this opportunity.

Few other cities would benefit more from a public works-style program to get the economy going and confront the climate crisis. By the end of December, New York City still had 568,000 fewer jobs than in February. The city's unemployment rate (11%) is far higher than even the worst-off state. A federal infrastructure program would help, creating loads of jobs that would be accessible to many of the New Yorkers who have lost work during the pandemic.

At the same time, the city faces an urgent need to protect coastal communities from storms and sea level rise, modernize vulnerable infrastructure, and transition away from fossil fuels.

But to take advantage, city policymakers will need to start identifying—and planning for—sustainability and resiliency projects that can be ready to go this year.

There's no shortage of infrastructure projects that would add jobs and help the city become more resilient to climate change. For example, the infusion of federal dollars could jumpstart city initiatives to protect Lower Manhattan, the Rockaways, Soundview, the South Shore of Staten Island, and other low-lying neighborhoods that are threatened by rising sea levels and increasingly powerful storms.

As one example, the markets at Hunts Point feed millions of people across the tri-state area, yet the low-lying peninsula is in great danger of flooding. A public works project to bolster flood protections around the food distribution hub would not only protect the region's food supply, but also create thousands of good-paying jobs in the Bronx, which has the highest unemployment of any county in the state at 15%.

Across the five boroughs there is also pressing need to build out green infrastructure to capture and divert sewage and stormwater that currently flows into the city's waterways nearly every time it rains. And constructing thousands of curbside rain gardens, upgrading wastewater treatment facilities, and building new sewage capture tunnels to do so has the potential to employ thousands of out-of-work New Yorkers.

Alongside resilience measures, New York City can use federal public works investment to meet its ambitious greenhouse gas emissions targets and accelerate the transition to renewable energy. Support from Washington could help the city deploy solar panels across thousands of city-owned buildings and upgrade energy transmission lines to give the city access to wind, solar, and hydropower upstate.

It could also help ramp up much-needed energy retrofits, especially replacing thousands of aging gas boilers and moving to electrified heating systems. And all these public projects can enlist and train New Yorkers in new, sustainable careers they can take to the private sector as the economy recovers and transitions to a carbon-free future.

But these flood protection, solar panel deployment, energy retrofit, and stormwater diversion plans cannot be mere sketches. For the city to make the most of Biden's "Build Back Better" infrastructure agenda, policymakers must act now to lay out federal funding plans for projects that can break ground this year and get New Yorkers working again. With citywide unemployment still lingering above 10%, and sea levels and temperatures continuing to rise, we cannot afford to wait.

***
Jonathan Bowles is executive director and Laird Gallagher is associate editor of the Center for an Urban Future, an independent think tank focused on expanding economic opportunity in New York. On Twitter @NYCFuture.