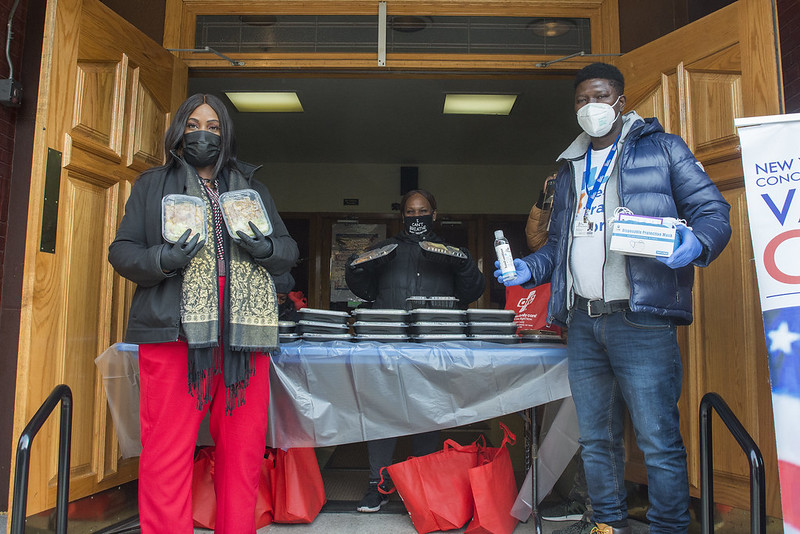 This spring saw the highest unemployment rate for women on record, with Black and Latina women faring worst, and the damage is ongoing. According to the National Women’s Law Center, 100% of the jobs lost in December belonged to women.

This is a significant issue, and it highlights the need to ensure that our city is dedicating resources to a recovery that is equitable and centered on women of color. One simple way to start is with the wages we set for human services workers.

The nonprofit human services sector delivers programs on behalf of the city through government contracts, from youth services to senior services and everything in between. These organizations get as much as 90% of their budget from government contracts, which set the wages of their employees. That means the city is responsible for determining the wages of these workers, 82% of whom are women and 80% of whom are people of color. Despite the clear impact of their work, women of color are some of the lowest-paid workers in the economy. The average human services worker lives at or below the poverty line.

Let’s say that again: the city has determined that women of color who are the care-takers of our society deserve poverty-level wages. This was always insulting, but after the pandemic it is infuriating and wholly unacceptable.

Women of color showed up, risked their lives, and in some cases lost their lives during our darkest hour. They worked to ensure that seniors received meals when they couldn’t go outside, that children who lost loved ones received support, that survivors of domestic violence were able to find safety, and that those whose lives had been ripped apart received mental health care. They continue to shoulder our burdens today, and they will continue to be a critical part of our recovery.

As members of the Women’s Caucus of the New York City Council, we must demand that these organizations and their workers are protected from additional budget cuts. We are aware of the city’s dire financial situation, but we cannot close the gap on the backs of those who are already at their breaking point.

Years of chronic underfunding have left a brittle sector that can no longer make up for holes in government funding. A survey of 125 nonprofit human services organizations by the Human Services Council and the New York City Employment & Training Coalition showed that nearly two-thirds (64%) of organizations predicted program reductions and permanent shutdowns, and even more (70%) predicted staff layoffs, which would compound the city’s unemployment crisis.

Mayor Bill de Blasio has committed to protecting several labor unions from budget cuts, protecting their jobs through June. Black and brown women in the human services sector deserve the same protection. And as soon as it’s possible, these women should be first in line for a raise.

Human services workers have always been essential to the stability of our neighborhoods, and now the strength of our recovery will depend on this workforce. We will need programs to help students get back on track, job training for unemployed workers, and eviction prevention services.

The mayor has said for months that equity must be at the center of our COVID-19 response and recovery. We could not agree more. By supporting human services workers and the communities they serve, we can make that commitment a reality.