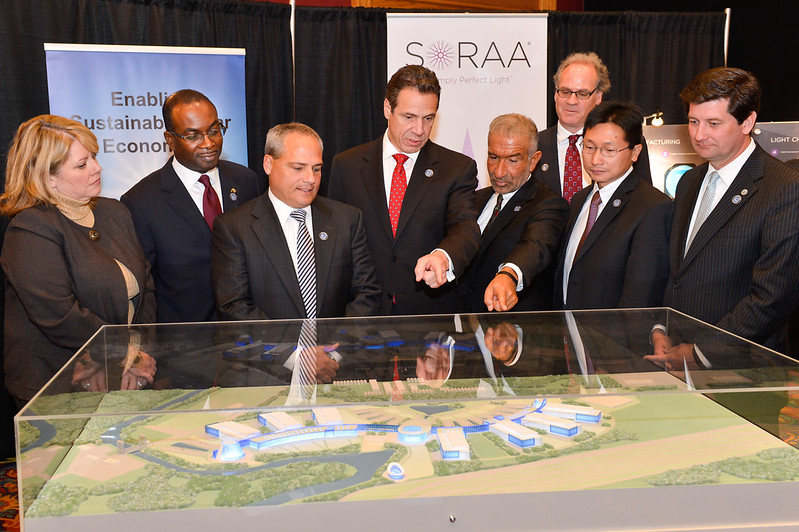 New York State gives an estimated $4.4 billion a year to corporations to create jobs. Local governments give approximately $5.6 billion more, according to the Citizens Budget Commission. We do not know how much assistance each business gets, nor do we know how many jobs are created or retained. But we do know – as hundreds of studies have shown – that subsidizing corporations is fundamentally a waste of money that could be spent on core government services like transit or schools.

In 2018, Tim Bartik, an internationally prominent labor economist at the W.E. Upjohn Institute collated 30 studies that collectively show business subsidies sway business decisions at best 25% of the time. In his recent book “Incentives to Pander,” University of Texas political scientist Nathan Jensen spells out how politicians use corporate welfare for political gain, including soliciting campaign contributions. Jensen carefully shows that fiscal incentives are useless for the public, yet benefit pandering politicians.

In testimony this week to the State Legislature, my organization, Reinvent Albany, listed six steps the state can take to end wasteful corporate welfare in New York:

1. Hold an oversight hearing on business subsidies featuring independent experts.
The Legislature should hold an oversight hearing specifically about the effectiveness of business subsidies in New York state and invite independent experts from across the country. This would help cast light on the amount being spent on the subsidies, the lack of transparency, and the poor return on public investment. There is robust independent scholarship about tax abatements, subsidies for convention centers and stadiums, and other so-called “economic development” expenditures. New York should draw on that expertise instead of hearing mainly from hired guns who are paid by industries getting billions in taxpayer funds.

2. Establish a Database of Deals.
Stunningly, how much each business gets and how many jobs they create and retain is not disclosed to the public and may not be known by the state.

Since 2015, watchdog groups have called for a Database of Deals that reveals exactly how much each business is getting and what the people of New York are getting in return. The public started asking for the Database of Deals following huge scandals that led to the conviction of high-level state economic development officials.

Two years after Governor Cuomo directed Empire State Development to create a database, there is still no database. This is basic transparency. It is 2021 – enough waiting and excuses. The Legislature should reintroduce the legislation (S2815, Comrie/A2334, Schimminger) and require the database in law.

3. Pass the Opportunity Zone Tax Break Elimination Act in the budget.
Subsidies that start small often balloon into incredible costs, and this is why the Legislature must move to repeal New York’s Opportunity Zone tax break by passing the legislation (S1195, Gianaris/Dinowitz) to do so in the budget that’s due April 1. The bill has support from 19 organizations and six unions, including 1199SEIU, Communications Workers of America District 1, and the New York State Teachers Union. Citizens Budget Commission estimated that the Opportunity Zone tax break is costing New York City and State up to $31 million and $63 million respectively each year, with these numbers expected to rise to $140 million and $284 million in 2029.

Under the program, investors receive a tax break by investing their capital gains in so-called “Opportunity Zones,” which are high-poverty or low-income areas designated by states. Investors can defer paying taxes on their capital gains for up to seven years and are excluded from paying taxes on gains from their investments if investing for ten years.

Though supposedly intended to revitalize communities, Opportunity Zones are in fact a massive giveaway to real estate and wealthy investors that will cost New York billions. Little research has been conducted on the program, but the one major study to date found that Opportunity Zones’ key beneficiary is high-end real estate, not communities. Extensive research on Opportunity Zones’ forerunner, Enterprise Zones, shows that tax breaks for private investment in high-poverty areas does little other than hurt tax revenue.

4. End $330 million a year in oil and gas subsidies.
The Legislature should pass in the budget the legislation (S4816, Krueger) that would end some state subsidies for airline fuel ($118 million), liquid petroleum gases ($57.6 million) and fracked gas infrastructure ($4 million), and more. Eliminating the subsidies could collectively save the state $330 million a year – more than the state projects to bring in by legalizing marijuana.

As we have noted, New York is currently trying to reduce fossil fuel pollution while subsidizing the very companies that contribute to global warming. It makes absolutely no sense to both tax and subsidize fossil fuels.

5. Increase funding of the Authorities Budget Office (ABO), a crucial subsidy watchdog, to over $3 million.
The Legislature must increase the ABO’s budget to $3.105 million, as we and other watchdogs requested back in 2018. The ABO oversees 585 state and local authorities that together hold $248 billion in public debt, but the office has only 11 employees as of last year. This skeleton crew is far from what was imagined when the ABO was first established.

6. Reduce the number of Industrial Development Agencies (IDAs) and Local Development Corporations (LDCs) and make them more accountable.
Public authorities such as IDAs and LDCs spend massive amounts of public funds, and there is little transparency on whether or not IDA and LDC economic development subsidies help communities. Most spending decisions take place outside of the state budget process. We view this as a major corruption risk and waste of public funds.

The Legislature should embrace the recommendations made in the State Senate Investigation and Government Operations Committee’s 2019 report, such as permitting County Comptrollers to audit IDAs and preventing projects already underway from receiving assistance. These steps would go a long way toward reducing the number of public authorities and increasing transparency.

The state cannot continue dragging its feet – New York’s subsidies have exploded over the past decade, and we are now estimated to be losing about $10 billion in tax expenditures annually. Every year we delay is another year that $10 billion for public services disappears.