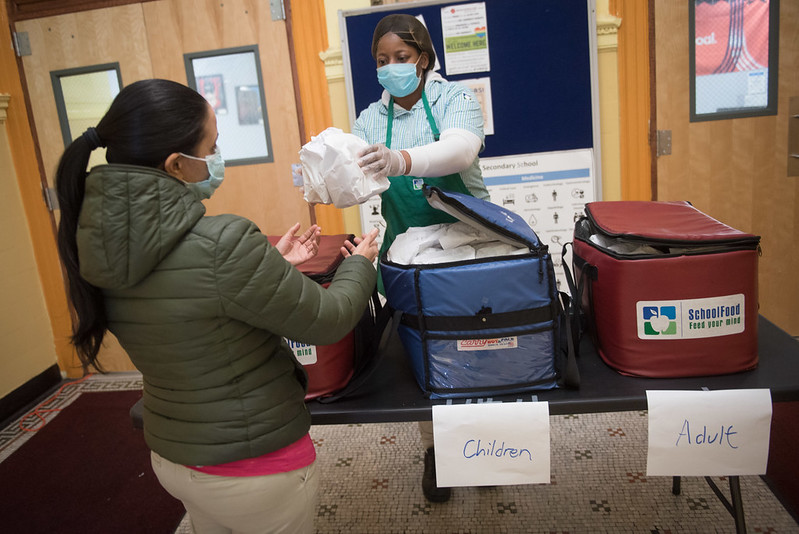 We are fast approaching the one-year mark of an incredibly tumultuous time, a year filled with hardship and uncertainty. There is neither a geographic corner of New York nor area of industry in our state that has escaped unscathed. As our economy has gone into a tailspin, food insecurity has skyrocketed. Food banks and pantries have emptied their shelves, and farms have been unable to sell their goods as supply lines have been disrupted. One of the most effective ways we have been able to address food insecurity statewide is through the immensely successful Nourish New York program.

The Nourish New York program was launched by Governor Cuomo in 2020 in order to address two separate, yet connected, issues. Due to decreased demand, disrupted and broken supply lines, and processing plant workers contracting the virus, upstate farmers were struggling to sell their products. Because wholesale consumers such as school districts and restaurants were closed, they no longer needed fresh produce, dairy and other items. At the same time, many people, some for the first time ever, were turning to food banks and pantries for assistance.

Social service providers, governmental agencies, houses of worship and non-profits, became completely overwhelmed. Food banks, which generally rely on donations, had to quickly shift funds towards purchasing food to meet demand, as the pandemic caused a decrease in institutional donors such as catering halls and restaurants, now shuttered due to pandemic.

The Nourish New York program connects regional agricultural producers with emergency food providers. New York farmers, many of whom were struggling before the pandemic hit, have been given a lifeline, as food banks receive state funds to purchase fresh produce, dairy and meat from participating farmers at market rates, and then distribute that food to those in need.

Just as Nourish New York was a timely response to immediate need, the incredible work undertaken by organizations like Met Council, City Harvest, and the Farm Bureau cannot be understated. The coordination among hundreds of organizations and their volunteers to safely and efficiently implement the Nourish program was instrumental in its success.

The program has sustained over 4,000 farms and distributed over 17 million pounds of fresh food. With nearly 1 million New Yorkers out of work, supporting the agencies and providers that help ensure vulnerable families are fed is crucial. We not only need to continue funding this program, but we must dramatically expand its reach.

Currently funded at $25 million for the next year, this number must be doubled. Nourish New York is a win for both our farmers, who have been ravaged by the pandemic, and for New Yorkers who face daily food insecurity.

In our state, food insecurity is most prevalent in households with children. According to City Harvest, the number of children going hungry in New York City alone is 466,000 -- a nearly 50% increase over the past year. Childhood food insecurity is linked to increased risk of developmental issues, lower psychosocial function, school absence, aggression, anxiety, behavior disorders, depression, substance abuse, and difficulty concentrating. As an estimated one in four children is going hungry, parents are selflessly skipping meals so they can attempt to feed them. Adult family members are forced to make perilous choices among rent, utilities, medical care, and nourishment. The broader implications of food insecurity on adults also extends beyond nutritional deficiencies, with studies showing compounding detriments to overall mental health.

The Nourish New York program is also focused on improving food access to communities of color, which have taken the economic and physical brunt of this pandemic, by greatly increasing access to healthy foods. In the past year, we have seen local farmers’ market utilization increase by over 50% in historically underserved communities. Communities with dietary restrictions have also had a particularly difficult time finding resources, and the Nourish program has been able to secure food that meets their needs. Kosher, Halal, organic, and vegetarian options have all been added to this initiative.

Rebuilding a post-pandemic economy in New York State will require bipartisan creativity and fortitude. Nourish New York has proven to be a fiscally-responsible success in addressing food insecurity, assisting our farmers and connecting upstate and downstate economies. Many federal and state programs failed our community over the last year, preventing excluded and undocumented workers from accessing life saving services, but Nourish New York made no distinction and ensured that thousands of New Yorkers had food on the table. While we have taken steps towards addressing food insecurity during these unsettling times, the economic devastation caused by this pandemic is far from over. The Nourish New York program must be a part of the long-term planning of New York State.