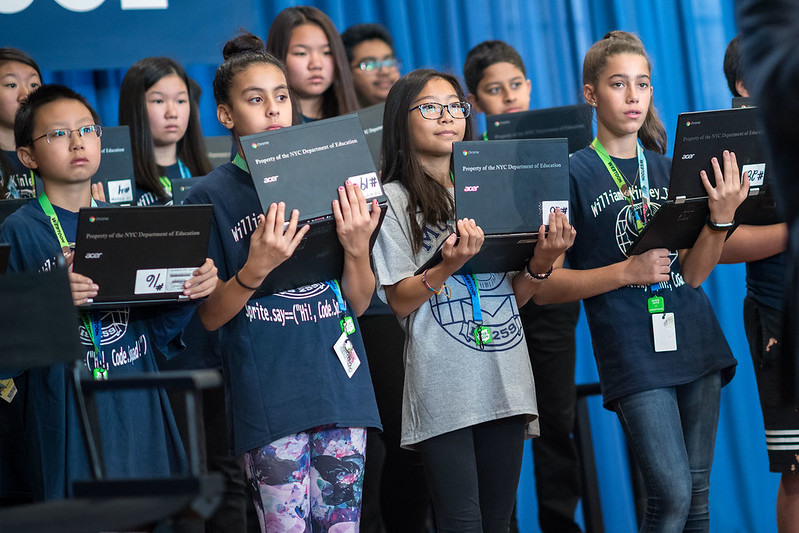 New York City’s public schools are welcoming back many middle and high school students this month, moving away from a turbulent era of distance learning during the COVID-19 pandemic. And while our young people are learning valuable lessons in school, we have all learned a lesson during social distancing: broadband internet is a basic necessity.

What once seemed like a luxury for downloading music or shopping, broadband internet access is now absolutely critical for work and school. Students need high-speed internet for distance learning, allowing them to engage with teachers through teleconferencing as well as to conduct research. Adults need it for telecommuting during social distancing — and potentially in perpetuum if employers decide not to reopen or to only partially reopen physical offices — as well as performing essential tasks, such as scheduling COVID-19 vaccination appointments.

As chair of the State Senate Committee on Energy and Telecommunications, I know that broadband internet is critical for our economic recovery. When it comes to finding a job, an unemployed person with internet access is five percentage points more likely to have a job in a month; after a year, the discrepancy widens to 12 percentage points. And when someone with broadband access is hired for a job, her starting salary is 3% to 4% higher than someone without. Employers also benefit from being able to better find people matching the skills needed for a job opening, and then save on high office rents through telecommuting. Besides the labor market, high speed internet allows people to start their own businesses from home.

Not surprisingly, one study found that broadband internet increases a locality’s employment growth rate by 6.4 percentage points. Another found that broadband increased per capita GDP by 1.2%, and annual per capita growth by 0.9 to 1.5%. For someone living on the edge of poverty, these margins could be the difference between having food on the table and going hungry.

Fortunately, almost all of New York City is now wired for broadband. Unfortunately, not all New Yorkers are reaping the benefits. Almost 30% of households in our city do not have broadband internet, including 46% of households living below the poverty line. And unfortunately for children in distance learning, 23% of households with a child under 17 do not have broadband. This helps explain why the Department of Education identified over 2,000 public school students as “not engaged” since the start of distance learning.

Closing this “digital divide,” then, will be an essential tool for the country to have a stronger, faster, and more equitable recovery from the pandemic. New York City has made a modicum of progress by compelling some of our Internet Service Providers to offer low-income households internet plans starting at $15 to $20 a month, but even this will be out of reach for many New Yorkers, if they even know such programs exist. Closing the divide is even more challenging for those not lucky enough to live in New York City, who might be in a rural area with no broadband access at all.

That is why I wrote a letter last month to one of my constituents, U.S. Senate Majority Leader Charles Schumer, urging him to use his influence to pass Rep. James Clyburn’s Accessible, Affordable Internet for All Act. The AAIA would allocate $80 billion to deploy broadband to underserved communities and $5 billion for Wi-Fi hotspots, with a requirement that any ISP on the new network offer an affordable option to everyone. The act would also provide a subsidy of up to $50 a month for low-income households’ internet bills. This would provide a much-needed kickstart to America’s economic recovery.

I hope that my fellow lifelong Brooklynite can pass the AAIA. But rather than wait on Washington, New York City can be a role model for the rest of the country by guaranteeing broadband internet to ever yone. When negotiating future franchise agreements, we must require ISPs to offer free or deeply-affordable internet services to low-income households, with publicity being effective enough that New Yorkers know such services exist. As the next New York City Comptroller, I will take an active role in these negotiations to make this a reality.

An economic recovery for the United States and New York City is inevitable. The question is whether we want a recovery with economic justice where we lift up everyone, or a recovery that leaves many behind like the one we saw after the Great Recession. If we have the will — and moral compass — to achieve the former, then closing the digital divide will be essential in our efforts to do so.