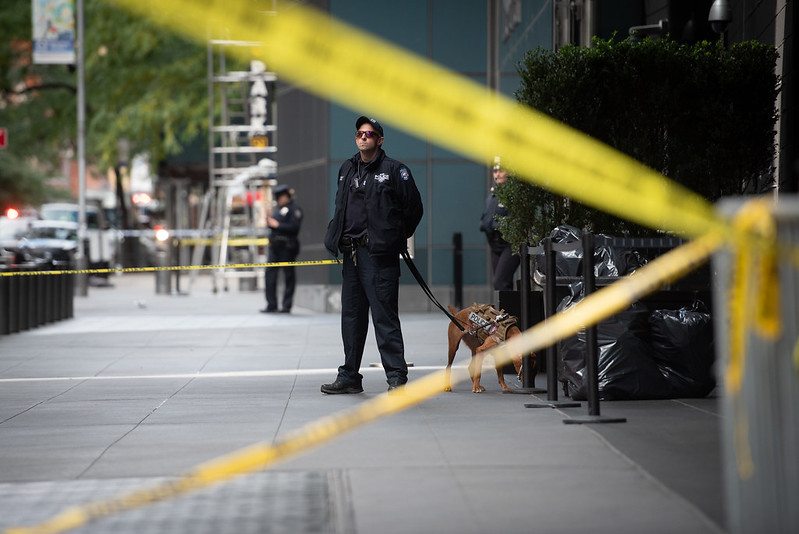 In the back of a police car after my arrest, I remember thinking: at least I am going somewhere my trafficker can’t hurt me.

It was 2010, and I had met a man who trafficked me into prostitution. At 23, I was a vulnerable target. I had fled an abusive home in Mexico for Brooklyn. I was undocumented and live d in fear of deportation. My family in New York had kicked me out because they did not accept my identity as a transgender woman. I stayed with friends who introduced me to a man who, at first, offered me the attention and affection I craved -- then turned on me.

Once I had come to trust him, he beat me, raped me, and forced me into sex work, setting up "dates" for me on Craigslist and taking the money. He threatened me with a knife and said he would call immigration on me. He gave me drugs and alcohol and then threatened to withhold them if I didn’t work for him. I had no idea how to get out.

Perhaps worst of all, my trafficker used me as bait so he could commit knife-point robberies of the men he forced me to have sex with. I was arrested by an undercover cop and charged with one of those robberies.

Nobody in the system asked what happened to put me into that situation. Even though I was being abused, I was afraid to tell the police what was going on. If they had known my trafficker made me do the robberies, would things have been different? I feared his continued abuse; I feared the police; I feared I would be sent back to Mexico. Because of my fear, I just stayed quiet, and it was the worst feeling in the world. I was already traumatized by the abuse I was suffering. When the police went through my personal belongings, swabbed my mouth, fingerprinted me, and laughed at me, I felt worthless.

Victims are supposed to be protected by the law, but I wasn’t. It felt so easy for everyone in the system to treat me like garbage they could toss out. I am a good person but being in the courtroom made me feel like the worst person in the world. I ended up pleading guilty because I felt powerless, saddling myself with a criminal record. The conviction posed a new obstacle to my immigration process and served as a constant reminder of my trafficking experience – another way my trafficker had marked me.

In 2009, New York became the first state in the country to allow human trafficking survivors to clear prostitution convictions from their criminal records. This law has provided some measure of justice to people forced into prostitution and arrested for it. However, it does not address all of the other offenses that traffickers compel victims to commit by using force, fraud, or coercion. As a result, it still leaves trafficking survivors like me with criminal records.

Now the New York State Legislature is considering a bill to expand a trafficking survivor’s right to relief. The START Act, sponsored by Assembly Member Richard Gottfried and Senator Jessica Ramos, has been introduced in both houses this session, but hasn’t yet come to a vote in either house. It would empower courts to clear any criminal convictions resulting from human trafficking, and it could provide justice to the many people who found themselves in circumstances like mine. The Legislature should vote on it as soon as possible.

Today, I have been granted asylum in the U.S., and I am working to restart my life as an activist. Fortunately, I was able to clear the robbery conviction from my record, with the efforts of my legal team and an agreement worked out with an understanding prosecutor. But under current law, most trafficking survivors are not able to do this, even though their offenses were entirely the result of being trafficked. Justice shouldn’t depend on where you live or where you were arrested. All trafficking victims in New York State deserve access to a clean slate.

I am sorry for what happened; every night I still pray for forgiveness. But I was under the control of my trafficker, and the law didn't understand that.

Passing the START Act would mean that trafficking survivors can fully move on with our lives, get a fresh start and feel less alone. We need to be able to clear the criminal records that hold us back. New York must protect victims like me and pass the START Act now.

***
N.R. is an activist for immigrant rights and a member of the New York Anti-Trafficking Network’s START Coalition, a group advocating for passage of the START Act. Kate Mogulescu is the director of Brooklyn Law School’s Criminal Defense & Advocacy Clinic, which worked with N.R. to clear her record and on this column, and represents other criminalized trafficking survivors.