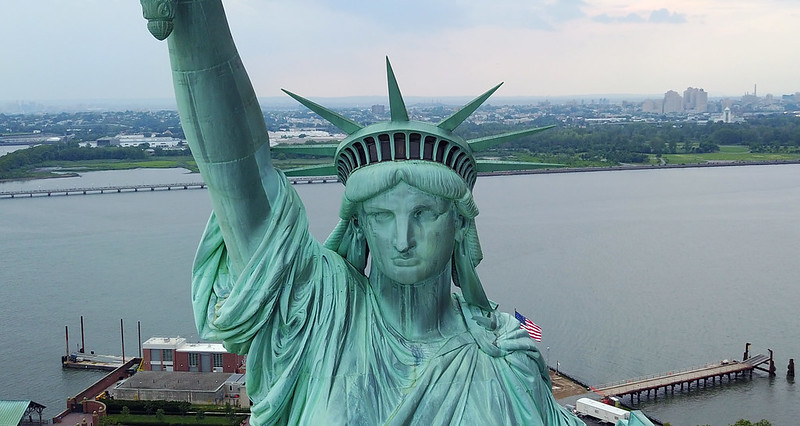 New York has long been recognized as a starting place for immigrants to discover new opportunities. However, we have strayed over the years from our nation’s values — especially as it relates to immigration policy.

Thankfully, members of New York’s congressional delegation — especially Reps. Nydia Velazquez and Yvette Clarke — are leading the charge to ensure a key group of undocumented immigrants have a pathway to citizenship. This is, however, just one step toward getting our broken federal immigration system back on track, which will take some time. In the short term, it is imperative that state elected officials and policy-makers continue to protect this vulnerable population.

Years of the Trump administration’s anti-immigration policies and rhetoric exacerbated immigrant communities’ many vulnerabilities, especially for undocumented immigrants who comprise about 15% of New York’s immigrant population. The coronavirus pandemic only made matters worse, resulting in a troubling increase in incidents in which vulnerable individuals required legal representation, from domestic abuse to housing evictions.

While some programs, policies, and initiatives were established to prevent the exploitation of New York immigrants, many undocumented individuals were continuously marginalized and often afraid to see k help due to fear of deportation.

New York’s state budget, due April 1, is on track to include $10 million to continue a critical program – the Liberty Defense Project, which provides free legal services to immigrants in need. This first-in-the nation initiative was created in 2017 as immigrants were facing four long and difficult years with Donald Trump’s arrival in the White House.

This program remains important as undocumented individuals have been largely excluded from state and federal aid packages throughout the pandemic, resulting in a host of legal challenges – from eviction and deportation to bankruptcy and domestic incidents.

But the Liberty Defense Project and similar efforts are merely a temporary fix. We need a permanent solution in the form of a pathway to citizenship for the millions of immigrants who serve our communities and keep our economy running.

The nation has begun to turn the page on immigration reform. Recent passage by the House of Representatives of two bills that would establish paths to citizenship or legal status for millions of undocumented immigrant — including the Dreamers, those brought to the country unlawfully as children, as well as farm workers – indicates progress.

One of these bills, the American Dream and Promise Act, would help about 28,180 young immigrants across the nation currently protected under the Deferred Action for Childhood Arrivals (DACA) program. That includes 9,200 workers deemed essential during the pandemic, including health-care providers, teachers, sanitation and food industry workers.

These same essential workers would receive additional on-the-job protections through the state-level NY HERO Act. This legislation, which recently passed the state Senate, requires employers to establish health and safety standards for COVID-19 and other airborne infectious diseases in the workplace.

This is one example of a concrete step state lawmakers can take to protect vulnerable New Yorkers – including immigrants – while we await further action in Washington. The Assembly should quickly follow the Senate’s lead and pass the NY HERO Act without delay.

It is imperative that members of the U.S. Senate, especially Majority Leader Chuck Schumer, New York’s senior senator, finish what the House has started and approve the American Dream and Promise Act and the Farm Workforce Modernization Act. While these initiatives make their way through the legislative process in Washington, New York must continue to live up to its reputation as a progressive leader by protecting the more than 4.3 million immigrants who call the state home.

Until a federal path to citizenship becomes a reality, state lawmakers must continue working to protect undocumented immigrants while also benefitting all New Yorkers. The hardworking men and women who have kept us safe throughout the pandemic and contributed for years to our economy deserve nothing less and cannot wait any longer for action.