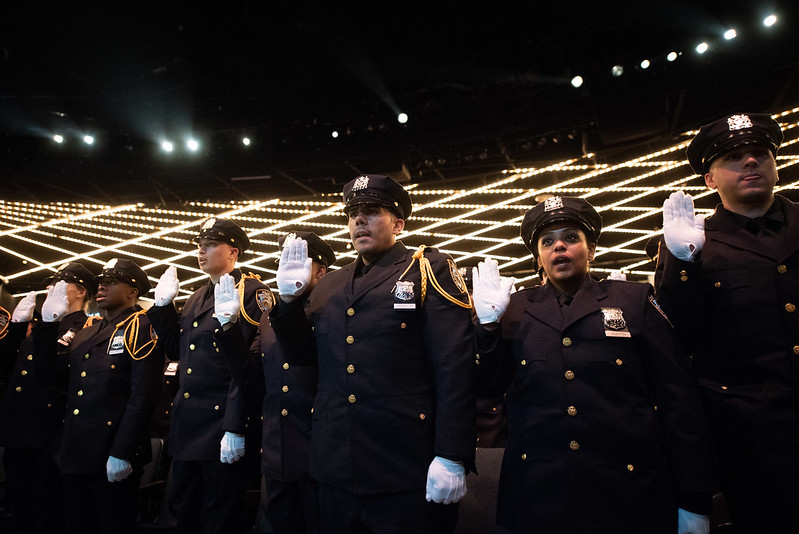 Last summer, our state repealed 50-a, one of the worst police secrecy laws in the country, and required the NYPD to release previously hidden personnel records, that included officer misconduct and abuse cases. 50-a prevented parents like Gwen Carr, the mother of Eric Garner, from knowing whether the officers who killed her son by placing him in a banned chokehold and not coming to his aid as he pleaded to breathe had histories of misconduct. For years, it protected police from scrutiny at the expense of safety and transparency that New Yorkers deserve. I was proud to lead the fight alongside grassroots organizers for the repeal of that law, and earlier this month the NYPD made thousands of those records public.

We now have a clearer view of what “police accountability” in its current form looks like. In short, it’s a scary picture of officers facing few to no consequences for their documented misconduct and abuse. A closer look also demonstrates the need for District Attorneys who will hold police accountable for abuses.

Recent reporting on new data made public from 50-a’s repeal revealed that in more than 40 instances over the past five years, NYPD officers found guilty of abuse and misconduct by a police department judge had their verdicts voided by NYPD commissioners and faced no punishment. Despite the Civilian Complaint Review Board (CCRB) and NYPD judges evaluating evidence, hearing from witnesses, and finding these officers guilty of misconduct, they faced zero consequences because the police commissioner chose to reject those findings.

These stories are infuriating. We know that almost all Americans, over 95 percent, support accountability reforms that punish officer abuses. Over 95 percent of Americans agree that officers with multiple incidents of abuse of power should not be allowed to serve. But now that New Yorkers have the evidence, what’s next on actually holding law enforcement accountable?

This is not, and has never been, an easy fight. The NYPD has fiercely resisted change and reform for decades. Despite calls from every level of government, community organizations on the ground, and voters, the NYPD has defied efforts to increase accountability and transparency.

I know these fights -- I’ve gone up against the NYPD multiple times and won. In addition to repealing 50-a, I challenged the current Manhattan District Attorney, Cy Vance, when he wouldn’t release the names of officers that have filed false reports or lied under oath. Then-Public Advocate Letitia James and I also fought the NYPD and then-Commissioner Bratton to have officer body camera and dashboard camera footage released to the public, instead of classifying the footage as protected by 50-a.

The next Manhattan District Attorney will face enormous and immediate public pressure to enact real accountability measures when they take office. We have the evidence, and we know what steps to take, but who can the public trust to hold abusive police officers accountable for their misconduct? Manhattan needs a reformer, and for the past decade, I’ve led fights for reform from outside the District Attorney’s office and won. I’m the only candidate with a decade-long record of holding police accountable.

The history of police officers engaging in violent misconduct and not being held accountable has been a recurring problem in New York City. Past prosecutors-turned-District Attorneys have not held these officers accountable and brought about much-needed reform of our criminal legal system. As District Attorney, I will prosecute officers who use excessive force, lie under oath, and file false reports. I will release the names of officers who have proven to be untrustworthy, and I will always use my platform to advocate for comprehensive police reforms.

I’m running for District Attorney to make Manhattan safer for everyone. With the repeal of 50-a and the thousands of NYPD records released earlier this month, there will be more stories of officer misconduct and abuse disclosed to the public. And this June, Manhattanites have the opportunity to choose a proven reformer, someone who is best equipped to hold the NYPD accountable for these abuses. We can and we must build a New York that keeps everyone safe, and police accountability is a critical piece of achieving that safety.