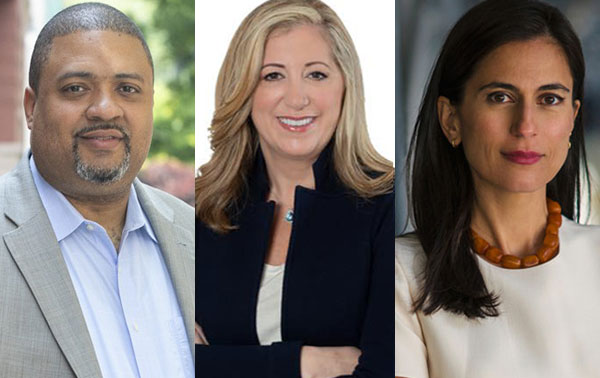 President Biden is right that Governor Cuomo could face criminal charges for his alleged sexual harassment of current and former aides. Forcibly kissing Lindsey Boylan in the Governor’s Manhattan office alone could trigger a probe from the Manhattan District Attorney’s office. Still, sexual assault survivors like me have no faith in that office’s ability to undertake such a delicate investigation. Manhattan DA Cy Vance continually backs away from cases involving powerful offenders, including Donald Trump eight years ago.

In just three months, voters have an opportunity to bring new leadership to the Manhattan District Attorney’s Office when Democrats choose from a field of candidates, and Vance will not be on the ballot. The current DA has repeatedly been accused of failing survivors of sexual violence despite claiming to be pro-gender justice. Survivors frequently share their experiences of being dissuaded, disbelieved, or discarded by the District Attorney’s office for not having enough evidence, for not being the “perfect victim,” or for not wanting to put themselves at greater risk. It is time for this to end.

The stakes are high in this election with so many criminal justice issues in need of reform. Most of the Democratic candidates have issued sex crimes policy platforms and agree that sexual violence is an issue affecting a significant proportion of voting residents in their lifetime. Yet, the candidates’ approaches to adjudicating sex crimes has been largely missing from the public dialogue surrounding the race.

Reform the Sex Crimes Unit, an advocacy group and campaign I started to bring change to the Manhattan District Attorney’s Office, issued a questionnaire specifically focused on each candidate's respective approach to fighting gender-based violence. An anonymous panel of nearly 20 survivors, advocates, scholars, victim and defense attorneys, and former prosecutors evaluated the responses. The goal was to identify candidates whose vision for combatting sexual violence is: comprehensive and representative of an understanding of trauma; committed to hearing from and serving the community in need; specific, transparent, and measurable; inspirational and forward thinking.

The panel concluded that three of the eight Democratic candidates — Tali Farhadian Weinstein, Alvin Bragg, and Diana Florence — centered survivors in these ways and would be serious, creative, and kind leaders. Some key ideas stood out as must-dos for whoever wins the position and becomes Manhattan District Attorney in January.

Have the sex crimes team report directly to the District Attorney and ensure they are well staffed. Farhadian Weinstein wrote, “Given the time-sensitive nature of these cases, this Bureau is likely to be the most heavily staffed in the office. The structure will include five central roles: prosecutors, in-house investigators, experts, victim advocates, and toxicologists.” Staff need a nuanced understanding of the different crimes falling under the umbrella of gender-based violence. Leadership must be unequivocal about this.

Train Assistant District Attorneys and staff to look beyond just the accusation in front of them. Bragg said that he “always look[s] at the account of one survivor as part of a bigger picture with the possibility of serial misconduct, complicity by other individuals or an entity, cover-up activity like lying or obstruction, and laundering of funds to facilitate sex offenses.” If gender-based crimes are often “the canary in the corruption coal mine,” as Florence noted, staff cannot work in silos.

Establish a new approach to staff performance evaluation and accountability. Bragg rightly pointed out that “reliance on conviction rates to measure success in any prosecutor’s office is problematic and invariably results in the over-prosecution of easily proven crimes and the under-prosecution of more challenging crimes. This inevitably leads to under-prosecuting sexual crimes.” Other measures of success must be set and shared publicly along with data on sex crimes prosecutions.

Disclose campaign contributions and possible conflicts of interest. Florence promised to follow “a system of accountability to track and publicly disclose outcomes of all cases referred and prosecuted by the office and whether or not the lawyers or persons accused have given campaign donations.” Bragg rejects contributions from attorneys with cases before the DA.

Be intentional and public about the District Attorney’s commitment to survivors. The three recommended candidates each offered detailed, empathetic plans on fighting and staying the course on sexual violence. Bragg promised to be guided by “cultural humility,” something we all need more of.

Prosecutors often fail to consider or address the root causes of sexual violence. Instead they focus on the over-prosecution of non-violent crimes to bolster their own winning record. Victims, offenders, and communities lose. Whoever wins the election to become the next Manhattan District Attorney must center their work around those closest to the violence and those with the most to lose by coming forward to report it. Survivors deserve a champion who centers victims, delivers justice, and reduces harm.

***
Marissa Hoechstetter is the founder of Reform the Sex Crimes Unit, a campaign for transparency and accountability in the Manhattan District Attorney’s Office. On Twitter @mhoechstetter.