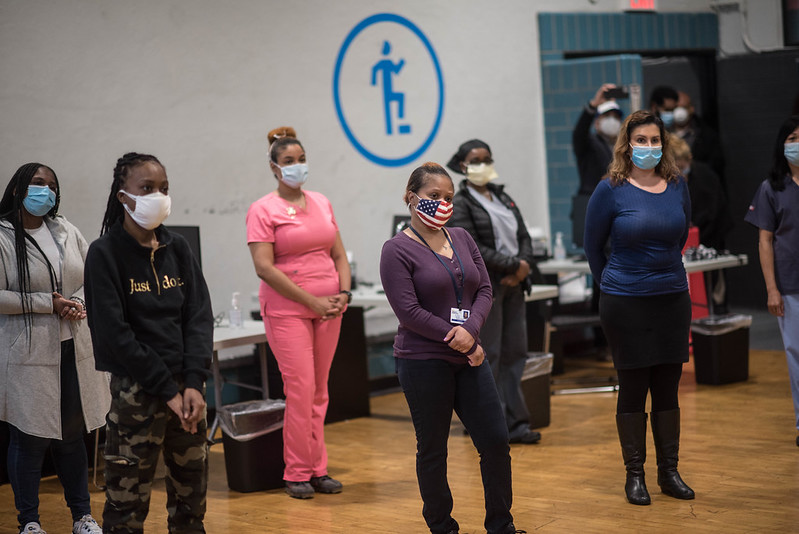 Just over 110 years ago, on March 25,1911, workers at the Triangle Shirtwaist Factory in Manhattan’s Garment District began their day just like any other.

For 146 of them, it ended in tragedy when a fire engulfed the factory, leading to their deaths. When the fire started many of them were unable to leave the factory because there were no fire escapes and the building exits were locked. Some died jumping from the building in an attempt to escape. The youngest victims were only 14 years old.

Out of the wreckage of this horrific tragedy a new wave of labor organizations emerged and, thanks to their advocacy, safety rules and regulations were created, paving the way for the modern system of worker protection.

Though we have obviously made tremendous progress over the past century, there is more work to be done — something that was made abundantly clear by the COVID-19 pandemic. Over the past year we saw that many corporations simply did not care about the health and safety of their workers. Powerful corporations kept their doors open without the proper health and safety protocols, despite a clear danger to employees. Many did ever ything possible to avoid accountability. In New York City, Amazon allegedly put its workers in harm's way and attempted to squash complaints about safety procedures.

One key lesson from the pandemic and four years of the Trump administration is that states like New York must have their own robust system of worker protections.

As complaints flooded in from workers, OSHA completely fell down on the job. The fines that the world’s largest companies received were a pittance, and the agency had the fewest number of inspectors in decades. When that happens, the fallback is state and local agencies.

It was a relief to see President Joe Biden’s executive order on worker safety earlier this year, which requires OSHA to review its standards and update safety recommendations for businesses, among other steps. Just last week, OSHA announced further steps to protect workers at a high risk of infection.

But there is an important role for New York State to play. It doesn’t matter to workers whether it’s state or federal inspectors who are protecting them. Furthermore, strong state laws go hand in hand with federal enforcement, as evidenced by Biden’s executive order, which includes provisions that focus on partnering and consulting with state and local governments.

New York took an important step forward after the State Senate recently passed legislation allowing the Department of Labor to mandate safety protocols in workplaces, such as requiring PPE and social distancing measures. This bill should be enacted into law, and we must ensure the labor commissioner issues timely, stringent, clear, and enforceable rules that will protect all workers across the state.

We need to empower our regulatory agencies to do what they’re designed to do and keep workers here in New York and across the country safe. We have a legal and moral responsibility to protect American families both at home and on the job.

New York has suffered once unimaginable tragedies over the past year, like it did 110 years ago. We must do everything we can to turn this moment of pain and loss into progress for working men and women, just like workers and others did when the Triangle Shirtwaist Factory burned. We cannot wait for the next deadly moment to act.

***
Jessica Ramos represents New York’s 13th District in the New York State Senate and is Chair of the Committee on Labor. Edward Steinberg is President of the New York State Trial Lawyers Association. On Twitter @JessicaRamos & @EdwardSteinber1 of @NYSTLA.