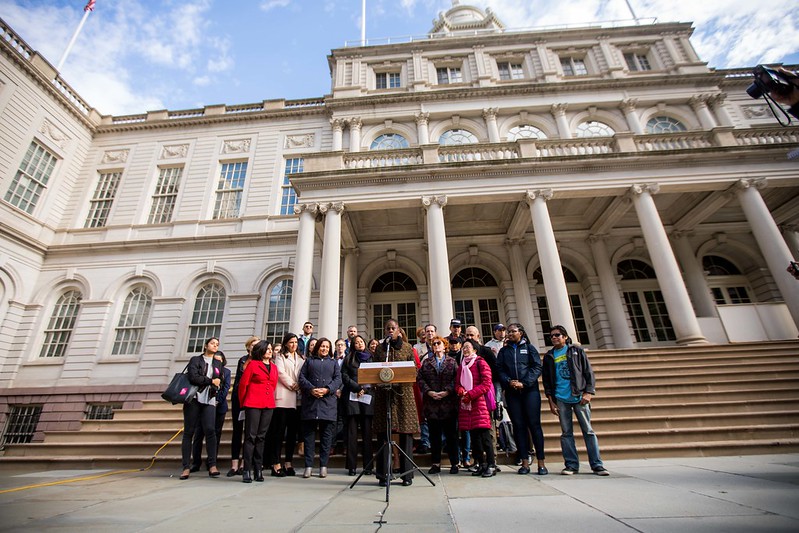 The courageous women who stepped forward to share their stories of alleged sexual misconduct by Governor Andrew Cuomo pointed to one of the worst-kept secrets of New York government: a toxic work environment is more of a status-quo than an exception to the rule.

The City’s Human Rights Law provides strong protections against discrimination based on gender, including sexual harassment. But City Council members, like former Council member and repeat abuser Andy King, are supposed to be held accountable by their colleagues.

Complaints from City Council staff or constituents are referred to the Council’s own Standard and Ethics Committee, made up of five Council members appointed by the Speaker. They decide if there will be an investigation, who will conduct the investigation, and on what timeline,  and what sanctions to recommend to the full Council. That’s no one’s definition of independent. It’s even less clear what would happen with allegations against the Mayor or any mayoral appointees, the Comptroller, the Public Advocate, or the Borough Presidents.

We need a complete overhaul of our current investigation and accountability process; it shouldn’t have taken us this long, but with a major transition about to take place in our city’s elected representation, now is a critical time to do so.

First, City Council Speaker Corey Johnson must release the $200,000 internal report he commissioned through Redwood Enterprise. Redwood conducted interviews with members and staff funded by taxpayer dollars, but Speaker Johnson has refused to release the Redwood report despite repeated requests, including a letter this week organized by Council Member Jimmy Van Bramer.

Second, as called for by the Sexual Harassment Working Group in the wake of the repeated abuses by Andy King, the City Council should hold public hearings on workplace protections and collaborative solutions to safeguard Council workers from retaliation and harassment from elected officials.

Back in 2017, the Council held hearings on sexual harassment, but did not focus solely on harassment within city government itself. We know how impactful these hearings can be; the Working Group’s testimony at the state’s public hearing in February 2019 led to some of the most significant reforms in a generation.

A public hearing will help inform the creation of a new, transparent, independent process for investigating and recommending sanctions for harassment by elected and appointed New York City government officials.

One idea would be to amend the authority of the Commissioner of the Department of Investigations to appoint a Special Inspector General, who would have full subpoena power outside the line-of-authority to the mayor, to conduct these investigations of harassment, discrimination, and retaliation. In the case of an elected official, the Special Inspector General would make a public recommendation -- up to and including expulsion -- to the City Council, which would be required to vote up or down on the recommendation. In the case of an appointed official, such as a commissioner, the Special Inspector General would make a public recommendation to the mayor. Alternatively, the City’s Commission on Human Rights has a division that investigates sexual harassment complaints, but would need expanded authority to handle complaints against elected officials and their staff members and appointees.

What’s critical is that new systems be developed in close consultation with those who were directly harmed, as well as the unions who represent them -- including the new staff union organizing in the City Council.

Every office that represents some or all of New York City has a role to play in protection staff. That’s why, if elected as the next New York City Comptroller, Brad commits to working with advocates and experts to create and disseminate an anonymous climate survey within the comptroller’s office within his first 100 days in office, the results of which would be made public and used to inform any changes that are implemented. The comptroller’s office would then make gender equity audits a regular practice across all other city agencies as well.

Sexual harassment is an abuse of power; any accountability system must be designed to provide trust, confidence, and integrity for staff who have felt the power of government officials weaponized against them.

Unfortunately, the protection and safety of staff members has taken a backseat for far too long. We cannot wait until the next time the system fails one of them to bring about meaningful reform.