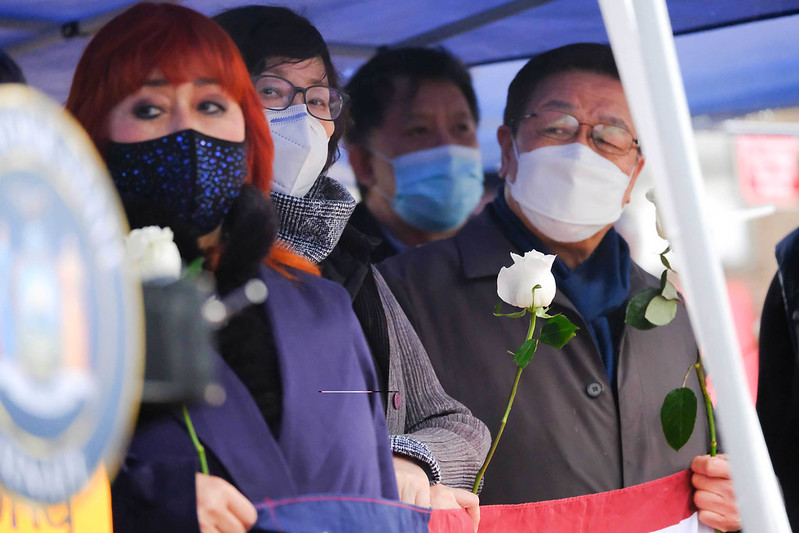 The shootings in Atlanta that took eight lives, destroyed eight futures, devastated and forever changed eight families, were at once heartbreaking, enraging, and if we are honest, predictable.

The violent deaths of eight people, including six Asian immigrant workers, was the result of a yearlong escalation of hatred and attacks on the Asian-American community, one which has accelerated in recent weeks but has been a constant presence, including here in our own city with our fellow New Yorkers experiencing violence for simply being Asian.

Atlanta is what happens when that festering bigotry builds in a nation with a demonic obsession with guns and an aversion to life-saving restrictions.

We need to disarm white supremacy.

Of course, we need common sense gun safety measures to combat weaponized white supremacy. At the same time, it’s not enough to limit access to guns themselves. The weapon is most dangerous when it’s fully loaded.

White supremacy gets ammunition when anti-Asian bigotry is encouraged by some, minimized by others, and largely ignored for years leading up to the pandemic, with incidents unreported but harm undeniable.

When the then-President of the United States spends a year using his position to not only fan the flames of this ignorance and hatred, but to ignite them from the most prominent podium in the nation.

And when the reaction to a shooting that targeted primarily Asian-American women is to center the shooter rather than the people whose lives he stole, to diminish the role of racism in this violence.

It does not require overt, intentional white supremacy or racism in order to perpetuate systems or advance ideas rooted in that ideology. Direct opposition, concrete action, is needed to disarm it.

The solution is not just to send more police - we don’t want to negate or minimize the sentiments of communities that are fearful and asking for further protection, but at the same time, police are not the only solution to the hatred that motivates these attacks, and while they can potentially provide some acute sense of security, they are not the long-term solution our city needs.

In 2019, the city began to fund the Hate Violence Prevention Initiative, a coalition of diverse community organizations designated by the City Council and charged with improving education and services in the city. In their first year, they began the invaluable work to serve the communities that are the most vulnerable to bias-motivated hate crimes. But last year, in the height of the pandemic, when Trump was seeding hatred of the Asian-American community, the city actually cut the budget for this initiative.

Now, it is a moral obligation and a governing imperative to not only restore the funding cut from this critical program, but to expand it. More resources and a broader scope will help to more fully recognize and include anti-Asian-American hate and violence prevention. It is only through a comprehensive initiative with a diverse array of voices in organizations that we will effectively combat hate.

One cannot hate neatly. That’s why it’s crucial for marginalized groups in all areas to stand with each other in the face of attacks, as Asian leaders stood up for Black lives last summer and as so many are standing with them today. In funding the Hate Violence Prevention Initiative and its associated groups, the city can get at the roots of bigotry, building stronger communities, and pushing back on prejudice.

As hard as it may be to admit and acknowledge, the violence we have seen was predictable. It should not take the deaths of our community members to listen to what we have been saying for years. But it is up to us to determine whether the next attack is preventable.

***
Jumaane Williams is Public Advocate for the City of New York. Jo-Ann Yoo is Executive Director of the Asian American Federation. On Twitter @JumaaneWilliams & @AAFederation.