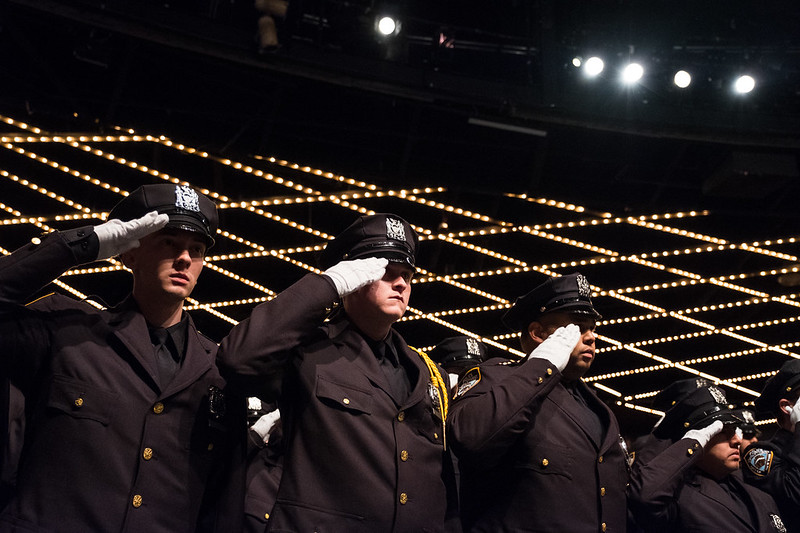 As a New Yorker who has worked in senior management in both of New York City’s major police oversight agencies, the Office of the Inspector General for the NYPD (OIG-NYPD) and the Civilian Complaint Review Board (CCRB), I can tell you: our system of independent police oversight is more broken than you might think, and the current plans for reform won’t fix it.

Mayor Bill de Blasio’s plan seeks, among other reforms, to place all the New York City police oversight agencies under one roof – a good idea – but his chosen umbrella agency is the CCRB, and this is a terrible idea. Between the CCRB and OIG-NYPD, the latter is the more powerful agency, even with other reforms currently introduced in the state Legislature.

The CCRB can only investigate allegations in its limited jurisdiction — force, abuse of authority, discourtesy, offensive language, and following a 2019 referendum, untruthful statements made by officers. New allegations within that jurisdiction are difficult to add, as evidenced by the CCRB’s long, laborious, and fraught process to keep its sexual misconduct allegation category. The CCRB’s access to NYPD-controlled evidence has also been documented to be absurdly limited for an oversight agency, and the CCRB is forced to negotiate with police unions and petition the NYPD to order officers to show up for interviews, rather than having the power to compel interviews the way that OIG-NYPD can.

While it may seem that oversight led by members of the public would be more independent, this isn’t necessarily true of civilian boards. At the CCRB, a politically-appointed board – some of whom are Police Commissioner picks – with little transparency about how specific members make their determinations of officer guilt or level of penalty makes it impossible for the public to have full faith in their impartiality. The Mayor can fire the CCRB’s Chair and City Hall weighs in on executive staffing decisions, and there is no requirement for CCRB Board members to have any prior experience in the fields of law, police oversight, or investigations before being appointed to interpret statutes, case law, and the Patrol Guide, and to then make decisions impacting public justice.

Conversely, the Commissioner of the Department of Investigation, which houses OIG-NYPD, is a mayoral nominee confirmed by the City Council and cannot be removed without a required public hearing – because fighting corruption and misconduct in city agencies isn’t always popular with City Hall. The looming threat of being removed from a position can absolutely have a negative impact on the strength of police oversight leadership.

Similarly, while removing final disciplinary authority from the Police Commissioner, as is proposed in state Legislature bills S5252/A6012, and recommended by the City Council but opposed by Mayor Bill de Blasio, is unquestionably a must, the CCRB should not have final disciplinary authority over its own cases. For one thing, the NYPD Internal Affairs Bureau has concurrent jurisdiction in many of the CCRB’s cases. Giving the CCRB disciplinary authority over its own cases would result in two concurrently-running and contradictory prosecutorial venues and penalty processes. Moreover, there’s no place in America where the agency responsible for investigating police misconduct also has the sole authority to determine a penalty. Such an arrangement violates basic principles of governmental checks and balances.

New York City needs a total reinvention of the systems of investigation and penalty for police misconduct, and I can’t understand why New York’s city and state leaders aren’t taking advantage of this once-in-a-lifetime moment to take a step back and design a system – from scratch – that makes sense, instead of plugging the holes of police accountability with a series of legislative bandages that, in some cases, would actually weaken police oversight.

I think more comprehensive police oversight could be achieved with the creation of two new offices.

One office, which I’ve title the Office of Police Accountability, would 1) investigate, mediate, prosecute, and recommend discipline for allegations of police misconduct against a civilian (the CCRB’s current function, though with a broader jurisdiction), and 2) review and audit the NYPD’s protocols and practices, including corruption investigations (OIG-NYPD’s and the Commission to Combat Police Corruption’s current functions).

The other, the Office of Police Discipline, would 1) impose final administrative discipline, including and up to termination, for substantiated police misconduct; 2) provide an independent civilian adjudicator to handle trials and pleas in the most serious cases of misconduct (currently the job of the NYPD Deputy Commissioner of Trials); and 3) serve as a watchdog for both the Office of Police Accountability and the NYPD Internal Affairs Bureau.

Both offices would have broad powers and be headed by a commissioner jointly appointed by the Mayor and the Public Advocate and confirmed by the City Council, and who could only be removed by public hearing. Both would be required to put out detailed reporting and data for public scrutiny – because, in the same way that the public should expect accountability in policing, they should be able to expect accountability in police oversight.

For the first time in New York history, social and political forces are aligned in a way that may never create a more opportune time for true police accountability. Our elected officials should take advantage of this time to not just reform, but revolutionize New York City’s police oversight structure. Take it from someone who knows better than most: Our city needs this.

***
Nicole Napolitano, Ph.D, is the former Director of Policy and Advocacy of the Civilian Complaint Review Board, and former Senior Policy Manager at the Office of the Inspector General for the NYPD. On Twitter @NicoleMNap.