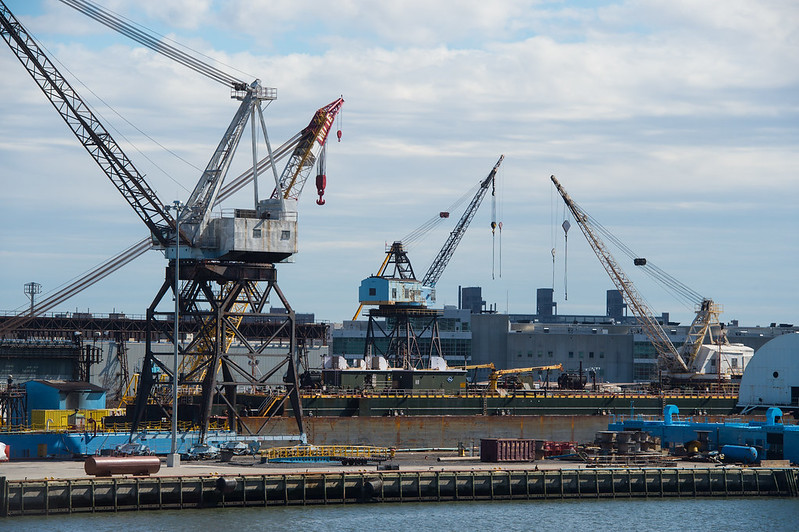 At first glance, Bronx County in New York and Cowlitz County in Washington State appear to be worlds apart. Cowlitz County is rural and has a mostly white population that once enjoyed a thriving resource-based economy that has all but disappeared. Bronx County, part of New York City, is urban density magnified and has a diverse population spanning ethnicity, income, and certainly race. Despite these seeming differences, a recent study published by Federal Emergency Management Agency (FEMA) provides empirical evidence that Cowlitz County and the Bronx are two counties most at-risk in the nation for specific natural threats due to community disaster vulnerability.

FEMA’s National County-by-County Index ranks the risk to each of the nation’s 3,100 counties and 73,000 census tracts from 18 separate natural threats -- including sea level rise, tornadoes, avalanches, wildfire, heat waves, floods, and storms. The index also assesses 78 socioeconomic factors such as a community’s poverty rate, racial composition, percentage of people with high-speed internet, housing quality, homeownership rates, education levels, and affiliation with religious and civic groups. These factors add an important component to the assessment as they reveal how a community will suffer from a disaster overall and how quickly it might recover.

Using the FEMA index, Scientific American recently published an article that named Cowlitz County as most at-risk for sea level rise and named Bronx County as most at-risk for tornados. This conclusion may appear nonsensical when you consider that Cowlitz County is 50 miles inland of the Pacific Ocean and tornados in Bronx County are extraordinarily rare. However, this vulnerability is more understandable when you factor in accelerating climate change with existing challenges: decades of bipartisan neglect from policy-makers, job loss, lack of investment in basic infrastructure like high-speed internet and water systems, lack of high-quality education, decreased affordability and access to health care and healthy and safe housing, lack of public housing, the existence of food deserts, and rapid gentrification. Like so many very urban and ver y rural counties, these communities have experienced the immeasurable hardship of generational poverty, the loss of family, friends, and neighbors to diseases of despair, and have watched generations of children struggle from want of opportunity and hope.

Right now, America must find a way to address three grave threats – the COVID-19 health crisis and equitable economic recovery, racism and violence, and climate change. Real progress can be achieved when people in urban, suburban, and rural communities understand that we all have shared values, common challenges and, to a certain degree, the same sense of rage (although it has manifested differently). Change and progress requires a willingness to rebuild the broken structures that have caused communities like the Bronx and Cowlitz counties to be left behind. It is essential we proactively address the core inequalities and foster a new economy that prioritizes shared prosperity and climate action.

In the 21st Century in the United States geography should not be destiny. Living in the most urban or rural areas of our nation should not limit opportunity. Our diversity is our nation’s greatest strength and foundation of our democracy. For generations, we have been divided and over the past few years partisan rhetoric and cultural division have thwarted progress toward the common good.

Our nation needs healing. The American Rescue plan is a good first step. We must work together to build the bridges necessary to address the issues of our time – equity, racial justice, defense of democracy, and climate change.

We must “Build Back Better.” Let’s get started.

***
Michael Blake is born, raised, and lives in The Bronx. He is a former three-term New York Assembly Member representing the 79th Assembly District in The Bronx, former Vice Chair at large of the Democratic National Committee, former Obama-Biden White House appointee and current CEO of Atlas Strategy Group, Inc. Teresa Purcell was born, raised, and currently lives in Cowlitz County after being gone for 26 years. A national political, communications, and organizing consultant, she has worked in 36 states and specializes in work in rural America and with BIPOC communities. She is a former candidate, leadership coach and trainer, and hosts a weekly radio show called Building Bridges in rural Washington. On Twitter @MrMikeBlake & @Teresa_Purcell9.