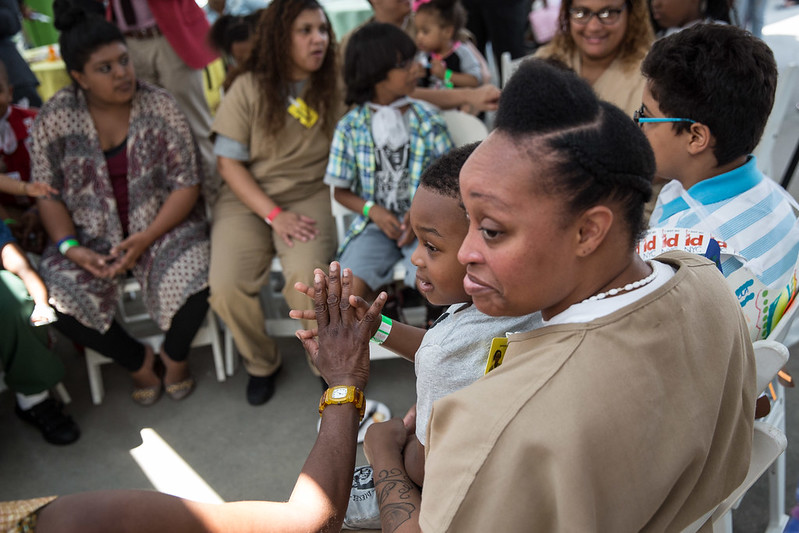 This April, as we do every year, we hear about the need to offer system-impacted people a “second chance” to re-enter society and live their lives freely. But to realize true, transformative change, we must acknowledge the reality of our country’s incarceration crisis: many people entangled in the criminal legal system never had a first chance to begin with. This is especially true for incarcerated women, who are so often left out of the conversation.

I know firsthand how our country harms and excludes women who are incarcerated from living free and full lives. I spent 27 years behind bars in a New York maximum-security prison — more than two of which were spent in solitary confinement. And while the contours of my story are unique, the theme is all too common: our country’s crisis of mass incarceration locks hundreds of thousands of women away from loved ones, discards lives, and rips apart entire communities. This is true in New York and every other state across the country.

I went to prison at the age of 20, and quickly came to understand that many women shared stories like mine — abused and traumatized by relatives and adults we’d trusted, and did terrible harm that rippled outward. But that realization was cold comfort, as I quickly absorbed how violence behind bars is in the very fabric of incarcerated life. Incarceration compounds trauma, trapping women in a near-endless cycle of abuse, harm, and the constant devaluation of our lives.

The vast majority of women who are incarcerated are survivors of violence — including sexual assault, domestic violence, and child abuse — prior to incarceration. The majority of women in prison are also mothers. I can’t overstate the magnitude that cruelly keeping families apart has on children, impacting every aspect of their lives, like whether they’re able to concentrate in school or live with financial stability. Incarcerating mothers virtually guarantees that we will perpetuate trauma and pain across generations.

If we as a nation are serious about rehabilitation before a person re-enters society, then we can’t reasonably expect it to happen in a dangerous place like prison. The simple truth is that we can’t incarcerate and punish our way to safer and healthier communities, and this holds true for offenses we deem violent and nonviolent alike. Everyone is more than the sum of their worst mistake, and true healing can only come from the grace of offering second chances to people who may never have had a real first chance.

Behind every statistic of a woman locked behind bars is a person. But all too often, society strips away their humanity once they interact with the criminal legal system. I’m thinking of my friend Rosslyn Smith, who was just 17 when she was first incarcerated, and served a staggering 39 years prior to her release. I think, too, of my friend Valerie Gaiter, who served 41 years in prison before passing away behind bars two years ago. These and all women deserve to be treated with dignity and respect, and this fundamental truth can’t be realized as we cage tens of thousands of women with little concern for their actual well-being. We should instead be implementing policies that help incarcerated women return home and re-enter their communities. In addition to saving lives, creating meaningful pathways for release will save taxpayer dollars that are infinitely better spent on investing in our communities.

There are many common sense solutions right in front of us, in New York and across the country, that would save lives, rekindle communities, and ensure children can stay together safely with their moms and loved ones.

Some of the reforms to the system as it exists now are being considered by New York elected leaders this year, including ending reincarceration for technical parole violations (Less Is More), creating more meaningful and fair opportunities for parole release (Fair & Timely Parole), and expanding parole eligibility for older New Yorkers in prison (Elder Parole).

We need to act immediately to safely reduce the number of people trapped in prison and begin the work of rebuilding our communities. And I encourage us to think even bigger — what would it mean to live in a country without a brutal prison system that doles out more harm than it solves? How much further could the hundreds of billions of dollars we spend on incarceration go if invested in job training, education, housing, healthcare, and a true social safety net that addresses the root causes of poverty and violence?

This would be a world that is infinitely safer for all women and families, and one that isn’t as unimaginable as many would have us believe. This month and beyond, I hope you’ll join me in supporting the right of all women to live in freedom and safety, including the most vulnerable and least protected among us.

***
Donna Hylton, founder of A Little Piece of Light, is an activist and author who advocates for the rights of system-impacted women. She is a founding member of The National Council for Incarcerated and Formerly Incarcerated Women and Girls and an alumna of the first cohort of Leading with Conviction Fellows of JustLeadershipUSA. Donna was incarcerated for over 25 years. On Twitter @DonnaHylton.