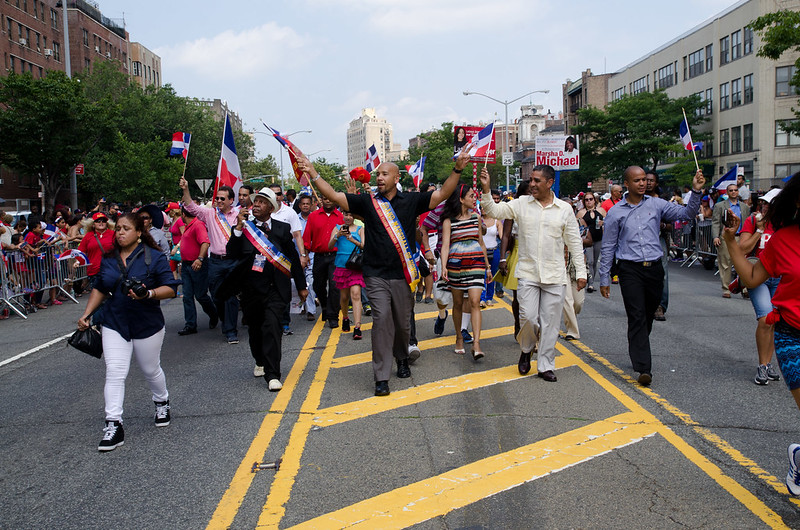 I mentioned in my previous column introducing this series on the Latino vote in the 2021 New York City elections that the growing Latino presence in New York has meant a slow but steady increase in Latino voting participation. This increase may possibly lead to greater Latino representation across the city. This city election cycle -- with all of city government on the ballot in June primaries and a fall general election -- can prove this theory right or wrong.

I am deliberately omitting district 16, which I briefly highlight here because interestingly enough the district is majority Latino, from that list. However, even there, Latino voting participation lags behind other ethnic groups, with African-Americans and a growing African population being the next largest groups. The district has been represented by African-Americans for decades, the most recent being Vanessa Gibson, who is now running for Bronx borough president. Helen Foster represented the district before Gibson, and replaced her father, Wendell Foster. While Latinos make up the largest group in the district, no Latino candidates are on the ballot for the June primary this year.

Our look into the Council districts begins in the northwestern part of the Bronx, the 11th district. Eric Dinowitz, son of Assemblymember Jeffrey Dinowitz, recently won a special election, besting a number of candidates, one of whom was a Latina, Mino Lora, who is running again in the June primary. The 11th Council district demographically points to a trend that is happening in other parts of the city—Latinos have outpaced other ethnic groups in voting population numbers. Interestingly, Latinos are now the largest ethnic group in this district that has been historically represented by non-Latinos.

In addition to Lora, who has received the endorsement of a number of progressive groups and leaders, Marcos Sierra, a current Democratic District leader, is the other Latino in the race. Having two Latinos on the ballot does not bode well for either of them since it presents the likelihood of a divided Latino vote.

Further east, the 13th Council district is currently represented by Mark Gjonaj, who is not running for re-election. It is likely that Latinos will gain representation with this open seat, especially since Marjorie Velazquez, a top candidate for the position, has garnered much support and is the only candidate in this race that has received public matching money (she narrowly lost to Gjonaj four years ago). A Velazquez win will not only increase Latino representation at the Council but also increase female representation in that august legislative body that has seen a significant gender imbalance.

Further west lies the 14th Council district. I believe this open seat, currently represented by term-limited Bronx borough president candidate Fernando Cabrera, will be the most contested seat in the Bronx. There are six candidates on the ballot and five of the six have already received over $100,000 in public matching money. Several, like Haile Rivera, Yudelka Tapia, and Adolfo Abreu have had long-standing relationships and community work in the district. Fernando Aquino, also contending for the post, was a communications director for former Attorney General Eric Schneiderman, and Pierina Sanchez has garnered the support of numerous elected officials and labor unions. This race is one to watch.

Right next door to the 14th is the 15th Council district. Oswald Feliz recently won the special election there to replace Ritchie Torres, who won his election to Congress last June. Some of the other candidates that ran in that election will vie for the post again in June, including Ischia Bravo, who garnered labor support in her bid for the seat. Feliz, whose victory surprised many observers, had the support of Congressional Rep. Adriano Espaillat.

Feliz’s victory in the 15th Council district is the first for a Dominican. The seat has been represented by Puerto Ricans for decades. This victory marks a shift that has long been observed because of the steady increase of Dominicans in New York. It is clear that Dominican voters have now become a powerhouse in the Bronx. Though according to modeled data by the likes of prominent voter data companies L2 and Catalist, Puerto Ricans still outnumber Dominicans in the voting population, Dominicans are quickly inching their way to the top. Feliz’s victory points to this reality.

The last Council district we are looking at in the Bronx is the 18th. After serving a term in the Council and losing to Ritchie Torres in last year’s congressional race, the Rev. Ruben Diaz Sr. has decided not to seek re-election. Several candidates are vying for the seat, including some returning contestants like Michael Beltzer and Amanda Farias. There’s also William Rivera, the district manager of Community Board 9, who recently received the endorsement of outgoing Bronx Borough President, Ruben Diaz Jr. Others who are on the ballot and have received public funding include Mohammed Mujumder, who received the maximum.

The two front-runners seem to be Farias and Rivera. Farias has earned the support of many labor and activist organizations and elected officials across the city, and has received the maximum in public funds. Rivera, who has also received the maximum and now Diaz, Jr.’s endorsement, will be a top contender and would need to use every penny possible to offset the organizing efforts of labor and others on behalf of Farias. A Farias victory would see the return of Latina representation at the Council in this district some years after the district was represented by Annabel Palma.

My next column will look at another hotly contested race in the Bronx, this one the big enchilada—the Borough President’s race.

Eli Valentin is an adjunct lecturer at Union Theological Seminary, a frequent guest political analyst at Univision NY and author of the forthcoming, Reinhold Niebuhr: A Political Life. On Twitter @EliValentinNY.