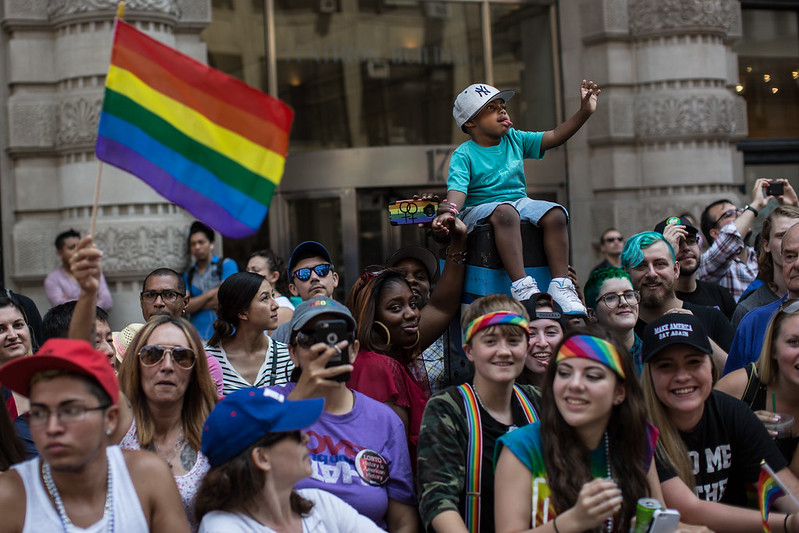 While millions of Americans marched for Black Lives and racial justice in our streets during a year of racial reckoning that was 2020, a quieter civil rights revolution was taking shape in our courtrooms, culminating in a Supreme Court decision last June that shifted the tectonic plates of the fight for LGBTQIA+ rights. With a new President who has been a leader in this fight and transgender students becoming the latest target in the GOP’s culture war, now is the time to ensure the full promise of this decision touches the lives of the LGBTQIA+ community, starting with where they live.

I write this as a public servant deeply committed to LGBTQIA+ rights and as the former Housing Secretary under President Obama, when I was the first sitting Cabinet member ever to endorse marriage equality. I believe the next frontier in the fight for gay rights must begin with housing those who are most vulnerable: LGBTQIA+ youth, seniors, immigrants, the formerly incarcerated, and people of color.

Since the towering civil rights laws were written in the 1960s, a fundamental question has run through the legal underpinning of the gay rights movement: does discrimination on the basis of sex, which underlies the movement for gender equality and is clearly prohibited by these laws, also apply to discrimination on the basis of sexual orientation and gender identity? Without a clear answer to this question, LGBTQIA+ Americans had been largely orphaned from the protection of our justice system.

But then last June, the Supreme Court ruled in Bostock v. Clayton County that “it is impossible to discriminate against a person for being homosexual or transgender without discriminating against that individual based on sex.” Before you counter that this earth-shifting statement came from a Supreme Court that still included Justice Ruth Bader Ginsberg, understand that these words were written by Justice Gorsuch, a Trump appointee, for a 6-3 majority. With this potentially durable victory at the highest court in the land, we must press forward to advance the cause of LGBTQIA+ rights, and the agenda begins at home.

The new federal administration has taken the most critical first step to enshrine the promise of the June Supreme Court decision by extending its reasoning to the Fair Housing Act of 1968, which was passed just weeks after the assasination of Martin Luther King, Jr. Bostock v. Clayton County interprets the language of the 1964 Civil Rights Act and applies it to workplace discrimination. But because the Fair Housing Act prohibits discrimination in housing, both public and private, on the basis of sex, the logic of the decision’s conclusion will be applied to the later law as well. Now the federal, state and local government must make this promise real by enforcing the law.

Here in New York City, the results of the recently completed National Transgender Discrimination Survey make clear that many of these city residents continue to struggle on the housing front. Among the city residents who completed the survey, 8% reported being evicted, 19% denied a home or apartment, and 18% becoming homeless as a result of their gender identity or expression.

The next critical step the Biden-Harris Administration should take is ensuring HUD’s Equal Access Rule remains the law of the land. Created by two Obama housing secretaries, myself and Julian Castro, the rule requires equal access to HUD programs without regard to a person’s actual or perceived sexual orientation, gender identity, or marital status. Lasy July, Trump Housing Secretary Ben Carson issued a proposed rule that would replace it, using the specter of transgender people accessing homeless shelters and other services based on their gender idendity, rather than the gender they were assigned at birth, to demonize transgender people and curtail LGBTQIA+ rights. Since the proposed rule was not finalized in the closing days of the Trump Administration as expected, the Biden-Harris Administration should take immediate steps to withdraw the proposed rule and reestablish the original Equal Access Rule.

Finally, our federal, state, and local governments should work together to extend the promise of the Fair Housing Act and Equal Access Rule into lasting change by ensuring the most vulnerable LGBTQIA+ people can find decent, safe, affordable housing. After all, ending discrimination is not enough if the historic damage of intertwined inequality isn’t attacked head on. LGBTQIA+ youth are more likely to end up homeless than any other demographic, and aging transgender and queer people are the most susceptible to housing discrimination. Other at-risk groups include the formerly incarcerated, immigrants, and people of color, and COVID-19 has only magnified the systemic inequities that face them in New York City and across the country.

In New York City, we should be proud of examples like True Colors, the first permanent supportive housing for lesbian, gay, bisexual, and transgender youth with a history of homelessness. Now we must build on them. With President Biden’s American Rescue Plan providing more than $20 billion in emergency rental assistance and the American Jobs Act proposing more than $200 billion for housing, we have a chance to translate victory in the courts into real change in the lives of our neighbors. By partnering with new HUD Secretary Marcia Fudge, who is committed to putting equity first, New York City can become a beacon for the rest of the nation. Housing is a basic human right. It’s time we make that promise real for our LGBTQIA+ community.

***
Shaun Donovan is a candidate for New York City mayor. He served in President Obama’s cabinet for eight years, first as Housing Secretary and later as Budget Director, and as Housing Commissioner for Mayor Bloomberg. On Twitter @ShaunDonovanNYC.