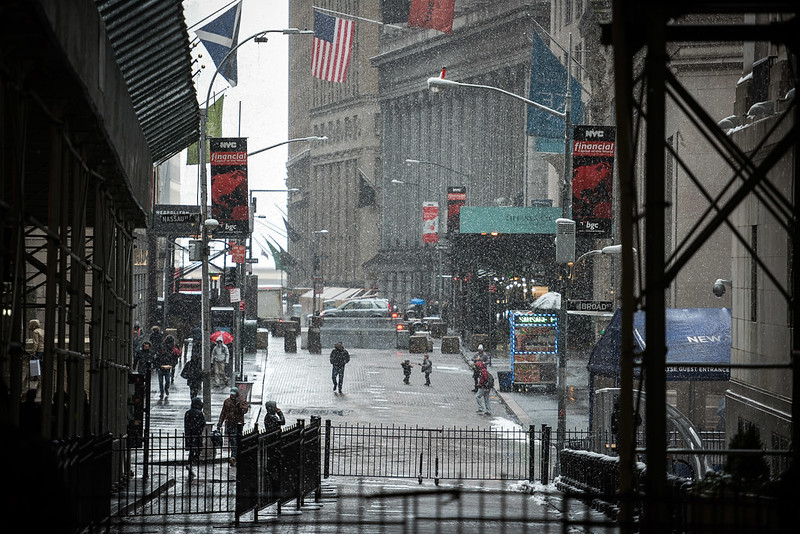 For the framers of our Constitution, the desire to free themselves from corruption by foreign powers was central to their debates at the hot summer in Philadelphia that gave structure to what became the oldest surviving democracy. But the threat of foreign influence, and corruption--the struggle for self-determination, self-representation, and freedom from outside influence--continues.

That struggle is epitomized by unlimited campaign spending by corporations and wealthy individuals through super PACs and dark money groups. Since 1976, the Supreme Court has approached campaign finance reform with growing skepticism, slowly loosening restrictions on political spending to the point that just about anything goes.

New York now has the chance to turn this tide, and usher in a new era of freedom nationwide, with a bill that could blast a hole in Citizens United v. FEC.

The New York Democracy Preservation Act, championed by State Senator Michael Gianaris and Assemblymember Latrice Walker, is making its way through the New York Legislature. The bill, which just passed the State Senate, takes aim at one of campaign finance’s heaviest hitters: the multinational corporation. Corporations with partial foreign ownership have thrown millions of dollars into races on the federal, state, and local levels to lift restrictions on their activities and grow their bottom line, always at the expense of everyday Americans denied the ability to impact our democracy.

The 2016 election gave us a perfect example of this attempted bribery in New York. Airbnb, partially owned by a Russian oligarch’s venture fund, spent at least $1.2 million in New York’s 2016 legislative races while fighting a bill to end the advertising of illegal units on home-sharing sites.

The Democracy Preservation Act isn’t just a landmark bill in the fight for campaign finance reform — it’s also common sense. Federal law explicitly prohibits all election-related contributions, expenditures, donations, and disbursements made directly or indirectly by foreign nationals. Such restrictions are enshrined in the Constitution in the form of the Foreign Emoluments Clause. Unless, of course, the foreign national owns stock in a major corporation.

How does this work with the Supreme Court’s disastrous decision in Citizens United v. FEC? In the decision, the majority held that big corporations spending unlimited sums of money in our elections deserved First Amendment protection. The logic of Citizens United might seem to apply to foreign money, too. However, a case just two years later in 2012 made clear that Citizens United doesn’t preclude limits on foreign spending, making this legislation possible. It would make a big dent — over 98% of S&P 500 companies would fall in its ambit. In fact, it points to a fatal logical flaw in Citizens United, which simply failed to address the inevitable role of corporations with foreign owners spending in elections.

The measures laid out in the bill aren’t entirely unique. Similar legislation, pioneered by the nonprofit advocacy group Free Speech For People, is on the books for municipal elections in Seattle, Washington. In the lead-up to Seattle’s 2019 City Council elections, omnipresent tech giant Amazon spent $1.5 million to elect business-friendly candidates. Their efforts were mostly unsuccessful, and in January 2020, the Seattle City Council voted unanimously to bar multinational corporations like Amazon from spending money to influence city elections.

Countering the corrupting influence of corporations and billionaires, both foreign and domestic, on our elections is no easy task, but it is vital to the future of our democracy. By passing the Democracy Preservation Act, New York can embody the best parts of our framing generation — the anticorruption spirit — and put an end to the fundamental threat of money from foreign-influenced corporations in our elections. Because democracy should be by and for the people it represents, and no one else.

Note: this article has been updated to reflect Airbnb disputed the $11 million figure reported by the Daily News - that number has been adjusted to "at least $1.2 million" to reflect one Airbnb PAC's spending.