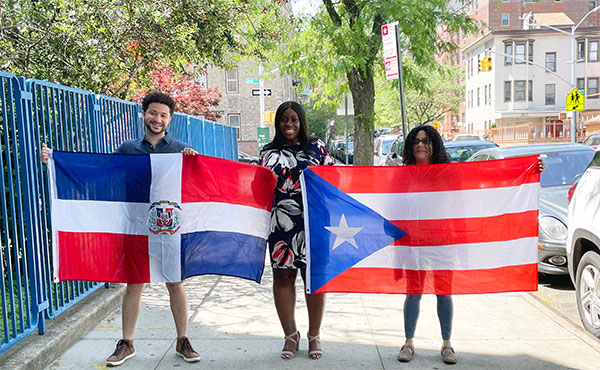 The 2021 election cycle will elect a new mayor, a new City Council, a new Bronx Borough President, and more. This new decade represents a new era on the other side of a pandemic that has forced us to reflect on the kind of future we all deserve. Going back to normal is not viable, neither is politics as usual.

As Puerto Ricans and Dominicans of The Bronx, from the community and government perspective, respectively, we are proud to support Vanessa Gibson for Bronx Borough President. She is a proven and passionate leader with a record of accomplishment and accountability – who if elected, would become the first woman and first African-American Bronx Borough President.

Over previous decades The Bronx produced Jewish, Italian, Irish, and, more recently, Latino Borough Presidents. The impact and history of Latino leadership in The Bronx will continue to expand and inform the next generation of Latino elected office-holders. We are proud to continue the Bronx legacy of Black and Latino unity as we come together for the good of the entire borough.

Vanessa has over a decade of experience delivering for all the people of The Bronx; she’s a proven leader on education, affordable housing, public safety, and quality of life. We have worked with Vanessa, across government and community organizing efforts, and have seen first-hand her ability to deliver results, leaving no one behind. Most notably, Vanessa has worked to provide historic protections for tenants facing eviction by co-sponsoring the first-in-the-nation Right to Counsel law, which provides free legal representation for low-income tenants facing eviction in Housing Court.

We support Vanessa because her commitment to community investment at the grassroots level is unmatched. Vanessa allocated over $60 million in new parks and additional park renovations, meeting the needs of unserved communities in the borough. She is also the co-chair of the Women’s Caucus of the City Council, where she has fought for women’s rights and the expansion of opportunities for women-run businesses. At the grassroots, Vanessa has been instrumental in providing funding and resources to Bronx residents who steward and program local parks for the benefit of the entire borough. And during the height of the pandemic, we saw first-hand Vanessa Gibson step up and partner with us during our borough’s greatest need to address food assistance.

In this consequential election year for our borough, with multiple candidates to choose from with a new ranked-choice voting system, we encourage our neighbors to rank Vanessa Gibson as your first choice for Bronx Borough President. And if you have already made up your mind otherwise, we strongly urge you to consider Vanessa as your second choice. Time and again, Vanessa has put the people of The Bronx first, so let’s return the favor and make sure she can keep delivering for all of us.