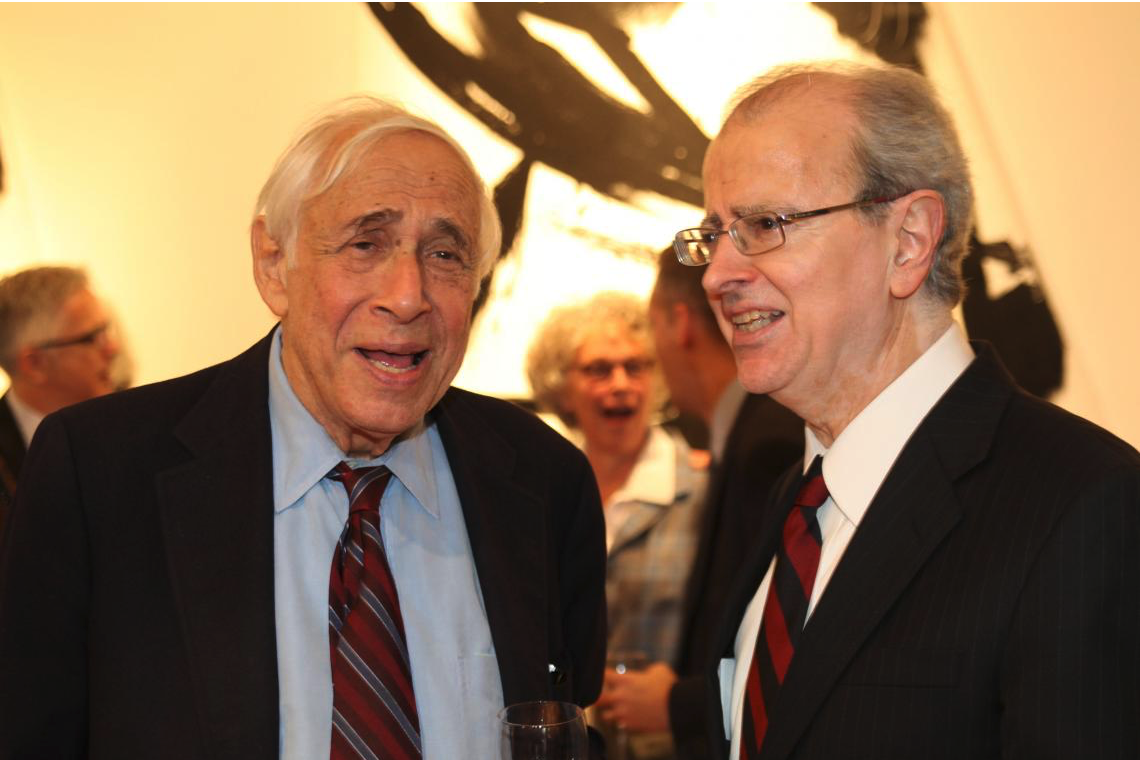 Herb Sturz, left, and Jonathan Lippman, one of the authors

Herb Sturz, one of the original social entrepreneurs, died this month.

Herb was equal parts bright-eyed idealist and sharp-eyed power broker. All of the obituaries and tributes that will follow in the days to come will no doubt detail his remarkable resume.

Herb was a man of many hats. The founder of the modern bail reform movement. The spark behind the creation of numerous nonprofit organizations, including the Vera Institute of Justice. Deputy Mayor and City Planning Commissioner under Mayor Ed Koch. Member of the New York Times editorial board. Real estate developer. Philanthropist working for the Open Society Foundations. And many more.

Has anyone ever touched so many different professions? Herb knew the power players in a wide variety of fields.

Like many movers and shakers, Herb’s success was built, in part, on the strength of his social network. But Herb was much more than a man with a golden rolodex.

We had the pleasure of working with Herb on various criminal justice reform projects over the past three decades. In unguarded moments, we would often seek to ascertain the secret of Herb’s success. He was obviously a man of intellect and ambition. But the truth is that New York City is full of people like that. Herb had something else.

Over the years, we came to realize that Herb’s two superpowers were creativity and humility. He was a man of a thousand ideas. Not all of them were great, but his batting average was better than anyone else we can think of.

Crucially, his imagination was paired with a willingness to work behind the scenes and let others receive the glory. Harry Truman is credited with saying “It is amazing what you can accomplish if you do not care who gets the credit.” Herb was the living embodiment of this insight. This was a key factor in his ability to convince powerful people to run with his ideas.

Herb’s creativity and humility were much in evidence in the last great fight of his career: the battle to close the notorious jail complex on Rikers Island.

It was Herb’s idea to create a blue-ribbon commission to study the idea of closing Rikers back in 2016.  This wasn’t exactly a new idea for Herb – he had tried to get rid of Rikers before, back in the Koch administration, without success. This time around, he went to Mayor Bill de Blasio and then-New York City Council Speaker Melissa Mark-Viverito and asked them to authorize a commission.

Mark-Viverito launched the commission with great fanfare at her state of the city address. We were in the audience watching with Herb that day – he had also asked each of us to be part of the Commission.

At that point, closing Rikers Island seemed like a progressive fever dream rather than a real possibility.  There was, to be sure, a vibrant grassroots movement, led by formerly-incarcerated activists, arguing for closure and building public support. But most public officials were cool to the idea, and the Mayor questioned whether closing Rikers was logistically feasible. In normal times, this lack of institutional support would spell doom for any new criminal justice reform.

Given this reality, why did we sign on to Herb’s scheme? Because Herb was the one doing the asking. Herb was willing to put his time and effort and reputation on the line. That immediately convinced us that the fight might be winnable.

Having brought the team together, Herb then made his next crucial move: he faded to the background, allowing us to step forward to organize the commission and lead it forward. He knew better than to micro-manage, but he was always available with advice whenever asked.

Five years later, the effort to close Rikers Island is still ongoing. But enormous progress has been made. The Mayor and the City Council have both endorsed a plan to shutter the inhumane jails. It will remain for the next Mayor to carry this plan to fruition.

However things turn out, we are grateful that Herb asked us to participate in his plan to close Rikers Island. It was, and is, an audacious effort to make the world a better place on behalf of a population that is often voiceless in policy debates. We hope the next generation of Herb Sturzs is waiting in the wings to take up the battle.

***
Jonathan Lippman is a former chief judge of New York State and of counsel at Latham & Watkins LLP. Greg Berman is the former director of the Center for Court Innovation. They are both members of the Independent Commission on New York City Criminal Justice and Incarceration Reform, which Lippman chairs.