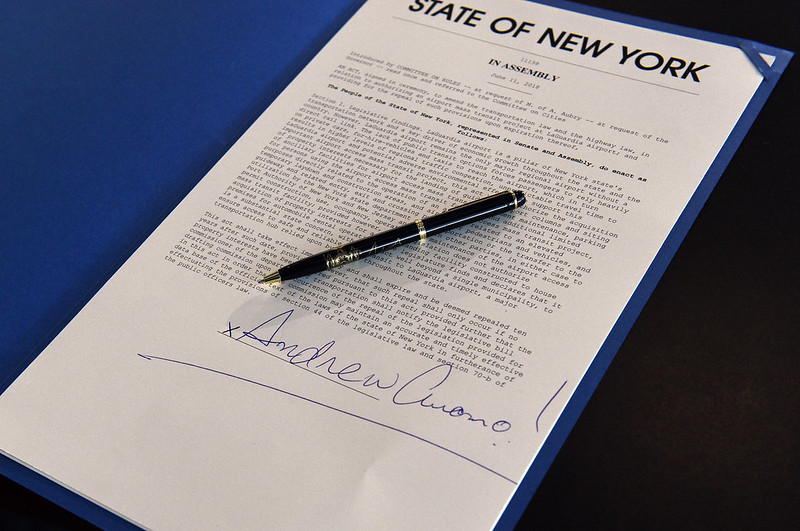 It wasn’t the eight months of military-style, intense shock incarceration that finally broke me; it was my parole officer.

After my incarceration at Lakeview Shock Incarceration Correctional Facility for non-violent offenders in Brocton, New York, I quickly realized I was living in constant fear of reincarceration. My parole officer had issued strict conditions such as travel limitations and unreasonable curfews, which prevented me from getting to work on time. There were incessant home visits, often at 3 or 4 o’clock in the morning. I was convinced my parole officer was scrutinizing my every move, just waiting for a reason to issue a technical parole violation.

As it was for me, the fear of reincarceration is an everyday lived reality for over 35,000 people under active parole supervision in New York; a fear that is crippling for those trying to reenter the workforce, rebuild their lives, and heal their families. New York’s parole system is broken. It destroys lives and communities. It costs taxpayers hundreds of millions of dollars. It needs to be reformed.

According to Columbia University Justice Lab, 40% of people sent to New York prisons in 2019 were not remanded for new crimes, rather they were reincarcerated for technical violations such as failure to report to a parole officer, living at an unapproved address, or missing a curfew. New York reincarcerates more people for technical parole violations than almost any other state in the country.

Financially, New York taxpayers are paying for a broken parole system. Parole is administered by the state government; the state is fiscally responsible for supervising people on parole supervision. However, people in violation of parole are incarcerated in local city jails such as Rikers Island in New York City, thus local governments become responsible for footing the bill without reimbursement from the state.

In 2019, state and local governments together spent more than $680 million to incarcerate people for technical parole violations, even though there is no evidence that this led to a meaningful increase in public safety.

Public safety is not created by putting more of the public back in prison. It begins by creating safe communities. And safe communities are not synonymous with increasing jail and prison populations. Safe, healthy, and prosperous communities arise from supporting and strengthening reentry processes. They result from humanizing people and giving them a fair and fighting chance at rebuilding their lives, and by creating access to opportunities and economic mobility.

Parole was worse than being incarcerated for me. The stress and anxiety that I experienced led to debilitating mental and physical health conditions. The constant policing and pressure by my parole officer and the fear of reincarceration were so overwhelming that I decided to serve out the remainder of my sentence in prison.

While no longer in prison or on parole, I am still experiencing the long-lasting impacts of a technical parole violation from two years ago. I am therefore keenly aware of the harmful practices of over-policing people on parole, which is why I am advocating for parole reform in New York with the Katal Center for Equity, Health, and Justice, A Little Piece of Light, Unchained, the Robin Hood Foundation, and the Center for Employment Opportunities (CEO).

New York’s broken parole system must be reformed. People already facing enormous barriers to reentry must be supported, not policed and over-paroled. Individuals, families, and communities must not be devastated in the name of public safety.

Thankfully, the Legislature has taken a step in the right direction. Legislation (S.1144-A - Benjamin / A.5576-A - Souffrant-Forrest) known as the Less Is More Act, will reduce the number of people incarcerated statewide by restricting the use of incarceration for technical parole violations. But the process cannot begin until the bill is made active by the governor’s signature. I urge Governor Cuomo to sign this bill as soon as possible. Let’s make #LessisMoreNY reality and build safer communities.

***
Yamirca Vazquez is a resident of the Bronx, New York, and a member of CEO’s Participant Advocate Council (PAC) leadership program. She is pursuing a career in advocacy.