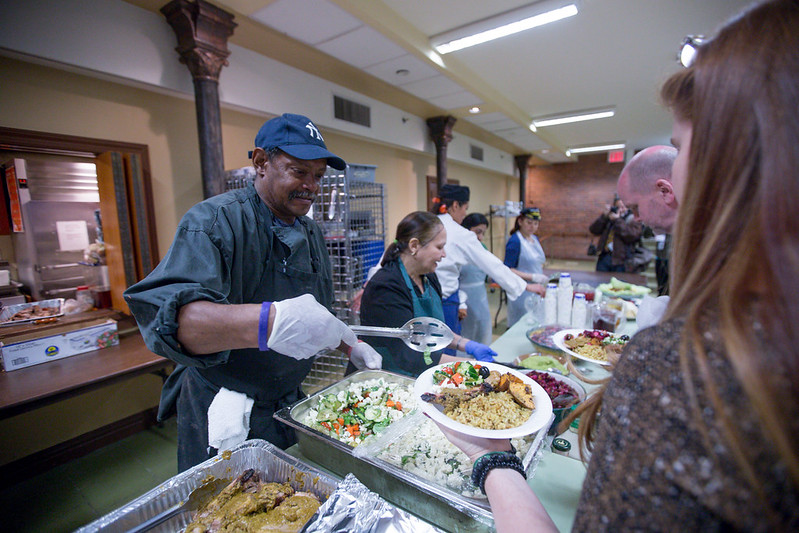 In less than six months, a new Mayor and dozens of City Council members will join their returning colleagues to chart a course for governing the city in the coming years. Even sooner, a new New York Governor will need to determine her priorities. While policy options on public safety, education, and restoring the economy have attracted headlines, food policy is another challenge that requires attention from our elected officials.

As the Delta variant jeopardizes the city’s public health, the food sector of our economy continues to struggle, and food insecurity remains far higher than before the pandemic, New Yorkers need to know how the next administration will cope with these challenges. Every New Yorker eats every day, profoundly influencing well-being. While past Mayors and City Councils have made progress on food policy, two major problems persist: high rates of food insecurity and hunger for more than a million New Yorkers and the rising burden of diet-related diseases like diabetes, heart disease, and cancer.

Moreover, food is a central part of our economy. Good food jobs could put New Yorkers back to work and revitalization of the food sector could encourage community economic development and support tourism. New federal, state, and city covid recovery programs provide an opportunity to fix deep-seated problems now.

This is the time to chart food policies that build on past successes but also find solutions to persistent food problems. Based on a decade of analyzing food policy in New York City and assisting more than 20 local organizations to create and evaluate food programs, we propose six goals for the next four years.

First, the Mayor and city government should commit to making substantial progress in ending food insecurity and hunger in New York City by supporting coordination and enrollment in public benefit programs.

Last year, the number of food insecure children in the city jumped to more than 521,000 — a 39% increase compared to 2018, a shameful record for the nation’s wealthiest city. Already the city, state, and federal governments spend billions of dollars in New York City on public benefits like SNAP and WIC, emergency food programs, and school meals. But public programs are poorly coordinated, many eligible users are not enrolled, and the city often dodges responsibility to charities, which lack the mandate or resources to create a reliable system for ending food insecurity.

Second, city government should develop programs and policies that reverse increases in diet- related diseases and close the gap in health between the well off and everybody else.

Poor diet quality is the leading cause of premature deaths and preventable illness in New York City and the driver of race-and-income related health inequities. Expanding access to affordable fresh fruits and vegetables, improving nutrition education in city schools and health centers, and limiting targeted marketing of soda, fast food, and candy in the city’s least healthy neighborhoods are concrete steps the city could take.

As someone who has successfully controlled his own diabetes through dietary changes, Eric Adams, should he be elected Mayor in November, can use this experience to create policies that make this option available to more New Yorkers.

Fourth, New York City can use its food programs in schools, child care centers, senior programs,  and hospitals to ensure that the populations served by these institutions have ongoing access to healthy, tasty, and culturally acceptable meals.

Fifth, New Yorkers depend on food grown and produced throughout the region, nation, and world. The pandemic, like Superstorm Sandy and the Great Recession, has shown the vulnerability of our food system to disasters. Developing a regional food plan that makes health, equity, and environmental sustainability priorities would help the city protect its future. The new Governor could play an important role in supporting such a plan.

For too long, the city has allowed national supermarket chains, Amazon, fast food outlets like McDonald’s, and global food companies like Coke and Pepsi to shape our city’s food choices. The sad truth is residents have no voice in deciding what stores open or close, what products they offer, or what prices they charge. Community planning boards, neighborhood food policy councils, and new user-friendly data on local food environments can help New Yorkers claim a voice.

The communities hardest hit by the pandemic, income inequality, food insecurity, and diet-related diseases are also those working class, Black, Latino, and immigrant neighborhoods that voted for the winners of recent primaries. Implementing these goals is both good policy and good politics.

Incoming city officials have an opportunity to make New York City a national leader in setting urban food policies that improve health, reduce poverty, promote equity, and encourage sustainable community development. By pursuing these goals, the next Mayor and city government can accomplish what has eluded their predecessors.

***
Nicholas Freudenberg is distinguished professor and director, CUNY Urban Food Policy Institute, CUNY School of Public Health. Katherine Tomaino Fraser is Director of Evaluation at the Institute and Yvette Ng is a doctoral fellow there.