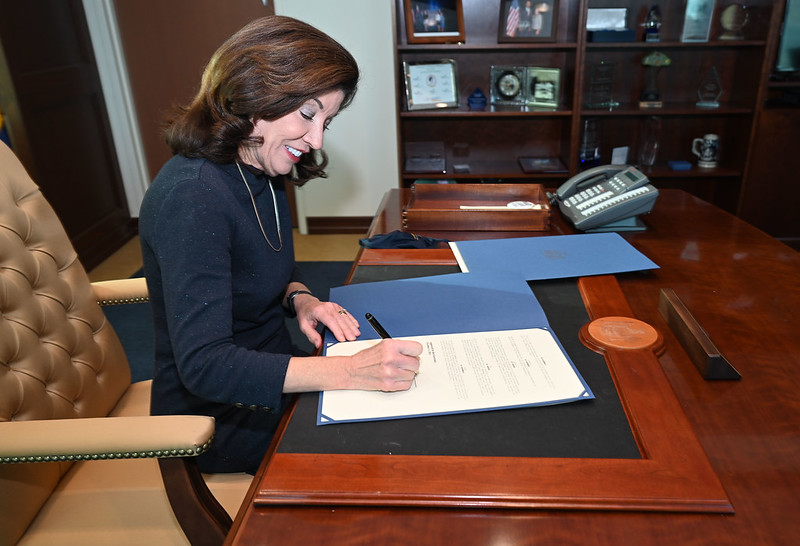 For arcane and entrenched reasons, clemency, the vast constitutional power of the Governor to commute a person’s prison sentence, is typically granted at the end of the year in a nod toward the spirit of the holidays. As a result, the prayers of the thousands of people in New York prisons who have pending clemency applications rose to a fever pitch once the calendar turned to December. Here was an opportunity for New York’s new Governor, Kathy Hochul, to distinguish herself from her predecessor, who carved out for himself a miserly record when it came to clemency.

On December 24, the Governor issued her long-awaited first clemency announcement. She had commuted the sentence of just one person. If one of her articulated goals is to set herself apart from Andrew Cuomo, she did indeed take a step in that direction – last December, he commuted the sentences of seven people.

For the fortunate one, Roger Cole, clemency was well-deserved and past due. He had originally been sentenced to 125 years to life for several drug sales, a sentence that pre-dates the reforms to New York’s notoriously harsh Rockefeller drug laws. However, his case is but one example of people in New York State serving unconscionable sentences.

Rather than turn the page and wait to see what New York’s Governor will do next December, it is critical to interrogate why the Governor chose to ignore the pleas of so many people who, without clemency, are destined to die behind bars. In commuting Mr. Cole’s sentence, the Governor mentioned remorse and rehabilitation. Was he really the only person in New York’s 50 prisons who showed remorse and exemplified rehabilitation?

Why then is the Governor, like so many other Governors, unwilling to meaningfully exercise her clemency power? The usually-cited explanation is the oft-mentioned and misreported case of Willie Horton that pundits believe helped sink Michael Dukakis’ presidential campaign. The theory is that Governors fear granting clemency in case anyone they release goes on to commit a serious crime.

It is surely narrow-minded to create clemency policy around one sensationalized incident, but, in any case, that fear of recidivism is unfounded. Most people seeking clemency have been incarcerated for decades and have aged out of any legitimate concern about future serious crime. Just look at the 41 people who had their sentences commuted by former Governor Cuomo. Not one has been rearrested. Rather, they are contributing to their families and society in myriad ways.

Beyond the potential of a releasee doing future harm, the larger political concern is that granting clemency will set an elected official up as being “soft on crime.” Politicians inevitably also ask – what is in it for me; what will I gain by granting clemency? Such crass political calculations can always trump humanity, decency, and a modicum of courage.

The truth is that there is not much for elected officials to worry about when it comes to granting clemency. Cuomo’s clemency grants were met with a combination of radio silence and community support. Even regarding some high-profile cases, the backlash, such as it was, quickly faded.

Furthermore, gubernatorial inaction around clemency comes at a high cost. Obviously, people inside prisons are crushed, but so, too, are their children and their parents who need their emotional, physical, and financial support, especially during a pandemic.

When clemency is granted, it reverberates. Several people who received clemency have recounted how rapidly the news spread throughout the prison and caused people who had resigned themselves to dying inside to re-emerge from their cells and re-engage with others and programs.

The opposite happens when no one is deemed worthy of clemency. Family members report receiving emails saying, ‘I give up, What’s the point?’ as people inside resign themselves to life in an 8x10 cell regardless of who they have become, how much their family needs them, and what they have to offer on the outside.

So, what now? Governor Hochul’s press release refers to the creation of a clemency Advisory Panel. While that idea has surface appeal since it seems to reflect at least some acknowledgement that something must be done, the question is whether such a panel is necessary.

The clemency power is already there in the explicit text of the New York State Constitution. There are knowledgeable and experienced staffers inside the Governor’s office who are very familiar with clemency and thoroughly vet every application. While an Advisory Panel might give the Governor some political cover when she announces grants of clemency, the fear is that it will be a way station or a roadblock on the already well-worn path to clemency.

On the other hand, the Governor also committed to clemency on a rolling basis rather than just one time of the year. That news should be celebrated – after all, there is no time like the present.