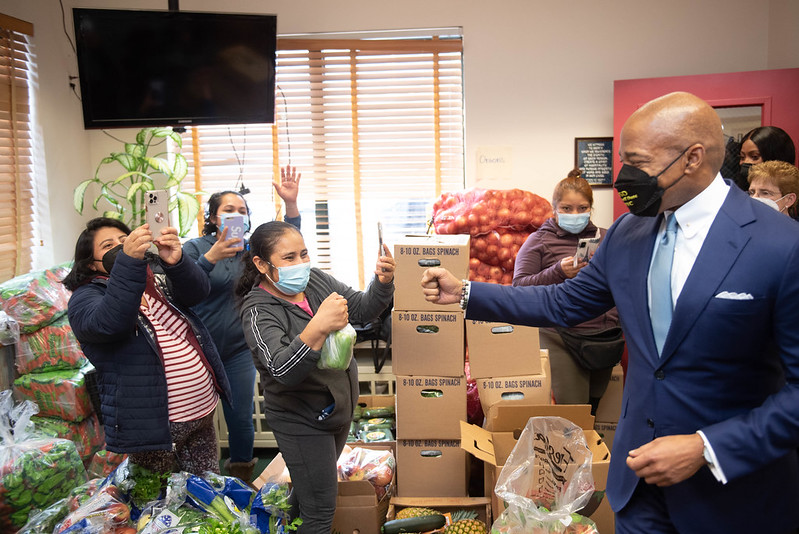 New York City and local governments across the state are drifting toward a fiscal cliff, one that will affect everyone from Staten Island to Champlain. The unprecedented flow of federal funding that culminated in the March 2021 American Rescue Plan will run dry over the next few years. This jeopardizes our nascent recovery and will be most disastrous for communities that were already the most economically insecure. It doesn’t have to be this way.

To understand the risks that federal pullback poses to hard-hit communities, which are disproportionately those where incomes are lowest and people of color and immigrants live, one needs to look no further than the last recession. In February 2009, President Obama signed the American Recovery and Reinvestment Act, a broad stimulus package that provided relief to households, hard-hit sectors and communities, and local governments. While the law was effective in kickstarting recovery, it provided a short runway. Federal relief spending peaked in early 2010 and began a steady retreat by mid-2011. The ensuing recovery was halting and uneven.

Nationally, unemployment reached a peak of 10% in October 2009, then began a steady decline. While Manhattan mirrored this trajectory, the same was not true of the Bronx. The borough’s unemployment rate first peaked at 13.3% in December 2009. More than two years later, as the economic recovery was well underway in much of the country, the effects of the federal pullback reversed the Bronx’s recovery, along with communities across the country that had been economically insecure prior to the recession. After modest improvement, unemployment in the Bronx returned to 13.3% in February 2012. It didn’t fall below 10% until April 2014.

At the national level, the unemployment rate for Black workers followed the same path, remaining near all-time highs throughout 2011 even as unemployment for white workers was well on its way to recovery. These communities’ lost years of economic recovery did immense long-term damage, widening the racial wealth gap and crippling economic mobility.

Unlike the last recession, the federal response to COVID-19 provided emergency relief on an unprecedented scale. It averted a deeper, prolonged recession because basic human services expanded for those hit hardest by the pandemic.

Taking a closer look, it becomes clear that without temporary emergency relief to just six programs that received the most federal aid, human services funding would have fallen by 5.7% last year. As federal relief funding begins to expire in the coming years, this declining baseline funding will place growing strain on the city’s human services. Fiscal pullback will come amid persistently high need for services because COVID-19’s toll on hardest-hit communities will extend for years to come.

Let’s take one of New York City’s largest human services programs as an example, Temporary Assistance for Needy Families (TANF). TANF funding, already on a downward trend prior to the pandemic, continued to lose federal financial support last year despite caseloads that remain 18.7% above pre-pandemic levels and with no apparent decline ahead.

And while Medicaid received emergency federal relief funding, a recent report from the New York State Comptroller highlights the likelihood that elevated post-pandemic caseloads will persist past the expiration of enhanced federal funding.

These services were critical to communities most affected by the pandemic and averted a deeper, more damaging recession.

It is a policy choice, not an inevitable outcome, that the hardest-hit communities suffer eroding human services funding and economic insecurity for years to come. Under-resourcing these communities, predominantly home to people of color and immigrants with low incomes, has been a persistent and deliberate policy choice at all levels of government for generations. It’s led to the status quo where New Yorkers with low incomes, especially people of color, are consigned to an economic underclass.

Officials at all levels of government must make sure that the city’s and state’s economic comeback is truly inclusive by fully funding vital human services in New York City and throughout New York State. It’s just, it’s overdue, and it’s essential if our city and state are to come back stronger.