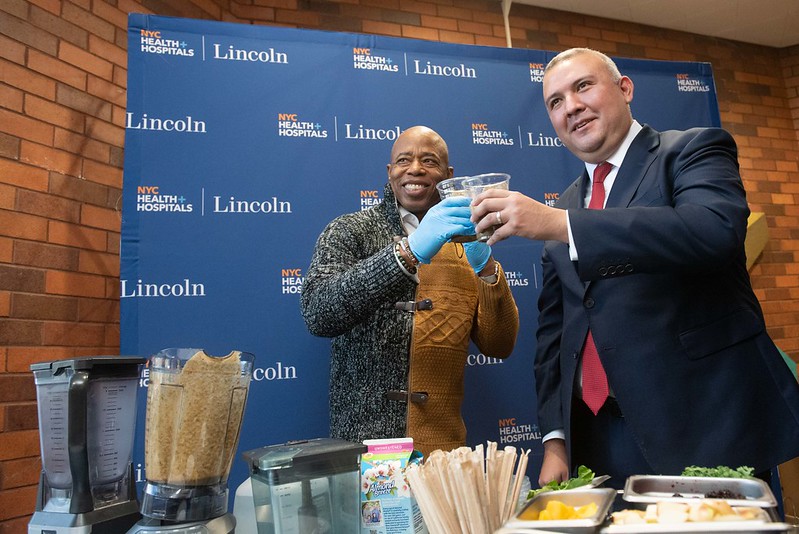 New York City and State face unprecedented mass illness--from chronic disease that has been allowed to fester for decades, ongoing endemic COVID-19, and uncountable already existing cases of Long Covid--plus rising overdose rates and emergency illness from drug use, and more. With all this, mass trauma has overtaken whole communities. There will never be sufficient professional personnel, from clinicians to police officers, to contend with this unprecedented nightmare.

Let’s go back 30 years to when the epidemic of HIV/AIDS collided with the staggering crack epidemic, creating similar conditions. What happened then was a formidable lesson. As systems simply broke down, communities themselves actually stepped in to slowly but surely rebuild themselves.

As the worst-hit AIDS communities began to undertake education and prevention for themselves, the important phenomenon of peer education--reaching high-risk people through outreach by others from their community---for the first time gained widespread use in New York. The Gay Men’s Health Crisis (GMHC), started to fight AIDS, massively fielded peer educators.  “Harm reduction” services, largely conducted by recovering drug users, for the first time widely reached addicts. With these efforts, new HIV infections plunged even before effective treatment for HIV/AIDS became available.

In sum, peer educators, often from the most vulnerable and poorest communities, some lacking even a high school degree, made themselves into a never-before-seen force for progress in community health.

One difference today is that the situation is far, far worse. With their billions in federal recovery money, the state and city must now widely support peer initiatives that rebuild community health.

One area for immediate attention is diabetes and other major chronic diseases, which both the city and state simply ignored during the de Blasio and Cuomo years. Our public health departments are playing with fire, and abandoning their core responsibility by even now continuing to let chronic disease climb and refusing to support proven peer-delivered self-care education in the neighborhoods most in need.

The impact of widely available self-care education on reducing the human toll and public cost of diabetes alone would be staggering.

One million New Yorkers have diabetes, which is also a “gateway” disease that worsens stroke and heart disease and causes some 90% of lower-limb amputations and 45% of dialysis cases.

By using peers, this critical self-care education can be launched quite quickly. When my South Bronx organization had special federal funding (now terminated), we instituted a four-week program to train low-income people with diabetes or pre-diabetes to deliver the DSMP.  These peer educators, being from the community, fanned out to dozens of community sites--churches, homeless shelters, mental health programs, public housing where they already had connections--and enrolled almost 2,000 Medicaid recipients with Type 2 diabetes in the DSMP.

This was evidently the largest community mobilization for diabetes self-care education ever to occur in the United States, and there are capable community groups across the city who could learn to get the DSMP up and running.

Through new relationships it formed with dozens of community groups during covid and the Adams administration’s new office of Faith-Based and Community Partnerships, among other entities, the city could create an army of peer educators never seen before, with the capacity to deliver effective chronic disease self-care education, in multiple languages, to almost every corner of the New York, measurably renewing health.

Not incidentally, when my organization took the DSMP to homeless shelters, the city Department of Health’s own evaluation showed a 45% drop in participants’ emergency room visits.

Yet, neither the New York City nor New York State department of health has ever spent a penny to support the DSMP, or other proven chronic disease education delivered by communities, themselves.

We can much hope that will change with the new Adams and Hochul administrations; but change must be soon. The longer people remain massively sick without intervention to improve their self-care, the sicker and sicker they get, and the more vulnerable they remain, even two years later, to the worst that COVID-19 does.