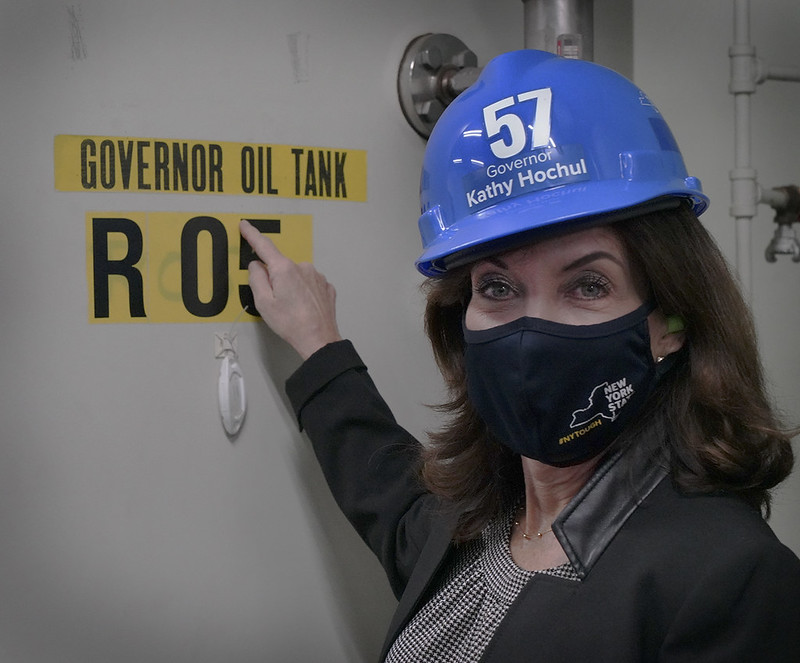 We are often told that insurance companies are “like a good neighbor” or “on our side.” And for many things in life this is true. But when it comes to climate change—the single greatest threat to global health and security—insurance companies could be making things much more dangerous for all of us.

Why? Because as long as insurers continue to underwrite and invest in fossil fuel companies, the companies will continue to pump emissions into our atmosphere.

And the hard truth is that if the global community is going to limit catastrophic damage from climate change, only a fraction of the current fossil fuels reserves buried in the Earth can be burned. The United Nations, in releasing its most recent report by the Intergovernmental Panel on Climate Change, warns that “rapid, deep cuts in greenhouse gas emissions” are needed to safeguard our planet.

The good news is that there is movement in the State Legislature to require the largest insurance firms operating in New York to align their portfolios and investments with the state’s ambitious goal of slashing greenhouse gas emissions under the Climate Leadership and Community Protection Act. That 2019 law, arguably the most ambitious climate law in the nation, calls for 100% zero-emission electricity by 2040 and an 85% reduction in greenhouse emissions by 2050.

Late last year, New York State regulators took an important first step by pressing insurance companies to take into account climate change risks in their business plans and financial disclosure documents. Specifically, the New York State Department of Financial Services issued guidance to insurers who do business in New York regarding the financial risks from climate change – including the “expectation” that they will consider current and future climate risks when making business decisions and publicly disclose its climate risks and risk management strategy. This move mirrors similar climate change risk planning and disclosure expectations placed on insurance companies in the UK.

Fortunately, some insurers have begun to integrate climate risk in their decision-making processes. For example, AIG and Swiss Re both committed to achieve a net-zero greenhouse gas emissions portfolio by 2050. But most American insurers like Berkshire Hathaway, Travelers, and W.R. Berkley have done little.

To be sure, insurance companies are not alone in the blame department. Most financial institutions have also continued investing in long-term oil and gas projects. This is why New York State Comptroller Tom DiNapoli’s landmark decision to decarbonize the state’s $225 billion pension fund by 2040 is such a big deal – and deservingly praised by the fossil fuel divestment movement.

But much more is needed – and faster.

This is the reason why in Washington, U.S. Senators Sheldon Whitehouse, Elizabeth Warren, and others have issued a critical call to action for the insurance industry to rethink its underwriting and investment practices regarding fossil fuel assets. Insurance companies that continue to fuel the climate crisis by backing fossil fuel polluting industries are putting our planet at risk, as well as their own shareholders.

Governor Kathy Hochul and the State Legislature can make New York a true national – and even international -- leader by mandating that all insurance companies align their practices and investments to support our transition to a low-carbon economy. This is a big policy step. But to meet the state’s climate targets, insurance companies (and ultimately all industries) will need to drastically change their business models to end our reliance on fossil fuels and squarely address the climate challenge we all face.

The sooner they do that, the sooner we can truly feel that “we are in good hands.”