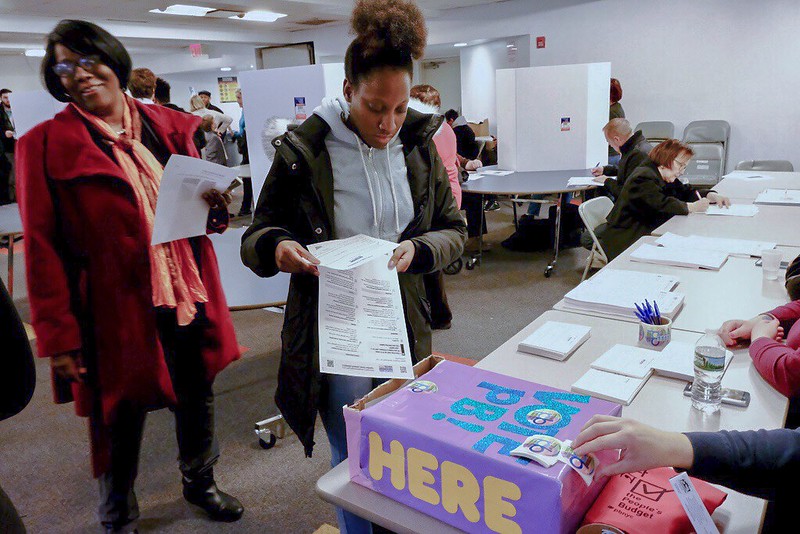 In 2019, New Yorkers voted overwhelmingly in favor of establishing a Civic Engagement Commission that would modernize how the city and its residents worked together to identify and solve problems at the most local levels. That commission hasn’t been earning itself many headlines, but the participation platform it set up at participate.nyc.gov could support world-class civic engagement programs. Whether or not the administration of Mayor Eric Adams uses it to do that will be an early test of its basic competency and technology prowess.

Participate.nyc.gov is much more than a basic government website. It’s a deployment of an open source participatory democracy platform called Decidim. First founded in Barcelona in 2016, Decidim is free and open source software used by dozens of municipal governments around the world including Helsinki, Mexico City, Zurich, and Milan. The software is a successor of Consul, a similar platform that facilitated genuinely innovative and wildly successful crowd-sourced city planning, participatory budgeting, and decision-making in Madrid, Spain.

The idea behind Decidim and Consul is simple: give the public a single, unified, open source platform and standard set of tools for participating in local civic engagement programs. These platforms allow city residents to be organized into different types of districts to have discussions, make proposals, vote on projects, take surveys, and generate the type of feedback that city agencies and elected officials can and should use to understand how best to improve our neighborhoods, city, and government operations.

Since New York City’s deployment of Decidim is just beginning to be used in a few City Council districts participatory budgeting processes, it’s difficult to see the platform’s potential. To do that, it’s best to visit decidim.barcelona (turn on Google Translate if you don’t read Spanish) and see how they’re using the software. On that site you’ll see two main menu items, which translate to Participatory Processes and Participation Bodies, which is more easily understood as Processes and Spaces.

Processes are civic engagement programs, such as a participatory budgeting cycle, a city planning project review, or a charter revision.

Spaces are groups of people, often divided by their district, operating under a defined set of rules about membership and governance.

By applying processes to spaces, the Decidim system deployed at participate.gov.nyc could  host many of the city’s existing civic engagement processes immediately, right “out of the box,” with no need for any expensive custom development.

Here are some examples:

-City Council members and districts could use it for participatory budgeting;

-City commissions could replace their websites with Decidim as well, and use its collaborative editing and commenting features to enable residents to attach their ideas and comments to specific language in a document.

Beyond these basics, the system could be used for so much more: to

-gather feedback about land use issues;

All of these new tools and features can frighten politicians and civil servants because they’re experts in the current systems for public engagement and any change could alter the power dynamics to which they’ve become accustomed and dominate. As such, there is natural resistance to utilization of different, better platforms and processes. Fortunately, Mayor Adams claims to be tech literate, eager to reform city government, and focused on public participation.

And, as an open source platform built with the popular framework Ruby on Rails, Decidim is a platform that the city can own and run itself, without needing to pay expensive IT consultants or exorbitant licensing fees. Indeed, it's the perfect project for the Digital Service Organization (DSO) the city should have already launched.

Indeed, the participate.nyc.gov system could become an integral component to the MyCity dream. Decidim’s login system uses open standards that could and should be integrated with the inevitable user authentication system that is a prerequisite for MyCity. And its data, formatted into configurable open data feeds, can and should flow elegantly into other city information management systems, such as City Record event feeds or City Planning project pages.

To see the true value of Decidim, the Adams administration must develop an understanding of the open source concept that makes it possible. It’s hard for many people to understand how sophisticated software like Decidim could be available on the internet to download for free, with no limitations on how or by whom it's used. It seems too good to be true, but it is.

Open source technologies like Linux, WordPress, and Bitcoin get a lot of the headlines, but there are actually hundreds of thousands of open source applications out in the world, and that number is expanding all the time. Most of those applications are components that must be combined with other ones to make a system, but some are full-fledged applications like Decidim.

As I’ve mentioned in other articles, open source is transforming how the government delivers services all over the world, but New York City’s IT bureaucracy and poor leadership have not adopted proven techniques to benefit from these advancements because powerful special interests make tremendous amounts of money by keeping the city in the technological dark ages.

Companies that run core city software systems like Microsoft, Dell, Tyler, ESRI, Accenture, and others want to keep the city addicted to their proprietary software systems. To achieve that goal, these companies have fused themselves with city agencies like the Department of Information Telecommunications and Technology (DoITT), which are much more comfortable signing expensive software contracts with these companies than they are deploying and managing open source software systems themselves. Meanwhile, city technology executives routinely work at vendors before and after their time in government. The revolving door spins very quickly.

If Mayor Adams develops an understanding of how to effectively use open source software to make the city more efficient, effective, and equal, then there is no limit to the amount he could achieve. He has a great opportunity to start off on the right foot by organizing a DSO unit to manage the open source Decidim software at participate.nyc.gov and aggressively utilize that software to deliver New Yorkers the world-class civic engagement experiences we deserve.

Delivering compelling civic engagement programming through participate.nyc.gov is a great way for Adams to prove he has the technological prowess and genuine desire for reform that he claimed to have during the campaign.