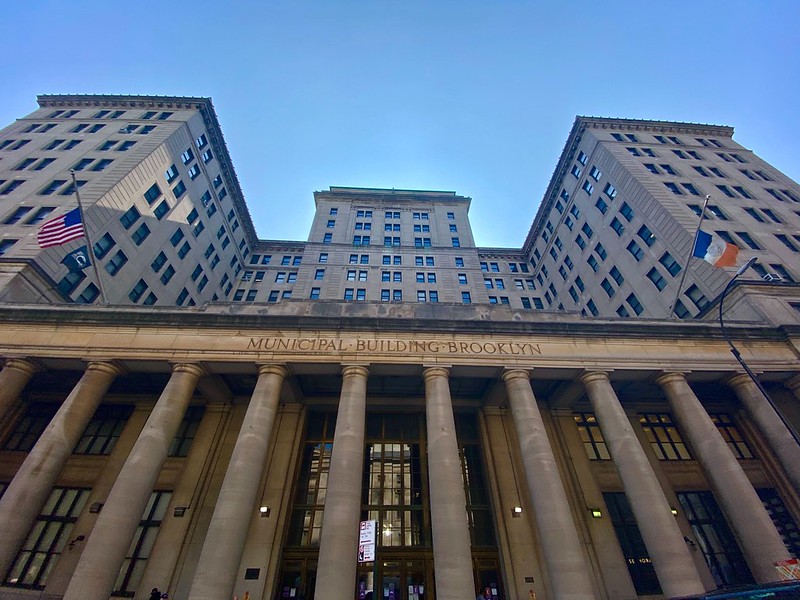 A few months ago, in my role as a family attorney, I settled a fairly ugly child custody dispute in Queens Family Court. As my client and I debriefed, he asked me, “I probably saved some money with this being entirely online, huh?” I didn’t have to think twice. “Absolutely,” I told him. “At least a thousand dollars.”

I was underestimating. After I did the math, I estimated that my client saved around $3,750 solely because the case was litigated virtually, as nearly all family law cases have been for the last two years, owing to New York’s covid-necessitated court shutdown. And this was a relatively simple case, where the only issue was custody of kids – if it had been a complex divorce with financial issues to be determined in addition to custodial ones, he would have saved many thousands more.

In normal times, attending court involves sitting around from 9:30 a.m. for a morning case, or 2 p.m. for an afternoon one, until the court officer tells you it’s time. Sometimes you get in right away – others, you wait hours. Sometimes you get kicked past lunch hour, which goes till 2:15 p.m. Sometimes you see the judge, they give you a few morsels of judicial wisdom, and they tell you to go in the hallway and work it out and come back later. Waiting is baked into the process.

Virtual court, with appearances held remotely, has rewritten this process. For the last two years, lawyers have gotten specific appearance times, every time. If the court tells you to log in at 11 a.m., you will almost certainly be heard by 11:05. The longest I’ve waited for a virtual appearance to begin was 20 minutes. And if we get kicked out and told to negotiate and come back later, we can do it on the phone, hang up when we’re done, and work on other cases. For lawyers used to thumb-twiddling for hours, this certainty is a welcome scheduling gamechanger. And it’s even better for clients, because it saves them serious money.

Like nearly all attorneys, I charge for in-person waiting time, because time spent in a courthouse is time I can’t spend in my office working for my other clients. My hourly rate for my custody client’s case was $375, which is on the low end of New York City family lawyers. We can safely estimate an average of 120 minutes of wait time per appearance if we had been in-person. Do the math, and he saved $3,750, just because we didn’t have to show up in person. For most parents and spouses, this is not chump change – it's a rent or mortgage payment, maybe two, it’s a family vacation, it’s savings.

Family litigation is already prohibitively expensive for most families. Unlike corporations, which have legal funds, or personal injury litigants, whose lawyers work on contingency, spouses and parents have direct exposure to legal fees. New York has the second-highest solo or small firm lawyer rates in the country, averaging out to $357 an hour. (Big family law firms here charge more – I know divorce lawyers who top $1,000 an hour.) And make no mistake – litigating a divorce or custody case to resolution takes many hours. There’s a reason most family attorneys can tell you about the client who took out a usurious “divorce loan” they’ll be paying back for a lifetime. By making family disputes cheaper, virtual court reduces the chances that a parent or spouse will bankrupt themselves to fund it.

There are other benefits to remote court for family law matters. For disabled clients, even making it to the courthouse can be a difficult journey, or even an impossibility. Litigants must take at least a half-day off work, something only the privileged can afford, and pay a babysitter. Allowing parents and spouses to log in on their phone or laptop from home or the job eliminates all these obstacles to access. Being remote has also allowed me to take on more pro bono work – I can represent one needy client in a courthouse far from my home, only because court has been on my computer. If her case moves back to in-person, I am honestly not sure what I’ll do.

And that day is coming. Across the state, courts are moving back to in-person appearances, including some courts in New York City. Put aside, for a moment, the covid risks, although that alone is enough reason to consider this foolhardy. Consider why exactly we are demanding divorcing spouses and parents in custody battles take off work to sit in a courthouse for hours and watch their savings drain away.

Seasoned divorce litigators will tell you that virtual court is strange, different, that they need to look a witness in the eyes when they cross them. And that’s true. I conducted one trial virtually during the pandemic, and I didn’t love it. Critically, though, formal trials, with testimony and cross-examination, are a rare part of family litigation – the vast majority of cases settle first. But even those cases that settle can require five, ten, thirty court appearances, all before anyone is sworn in as a witness and trial begins. There is simply no reason to have these appearances in person.

Too many parents and spouses find themselves caught up in the brutal maelstrom of litigation before they even realize it’s happening. Costs build up quickly — quicker than most litigants predict. I don’t say this lightly, I have seen lives destroyed by this process. I have seen parents on monthly payment plans to lawyers that equal the amount they are receiving in child support. I have seen pensions sold and 401Ks cashed out to pay for trials. For anyone but the very rich, litigating a divorce or custody case can be the perfect financial storm.

Remote court is not even close to a cure-all. But it is a serious policy change that has real, positive effects, and that in some small way makes the nightmare of family law litigation more bearable. New York would be wrong to go back to “normal,” when normal has caused so much unnecessary harm. Fine, hold trials in person. But other than that, divorce and custody cases should be conducted virtually, even after this pandemic is finally behind us. Access to justice demands it.