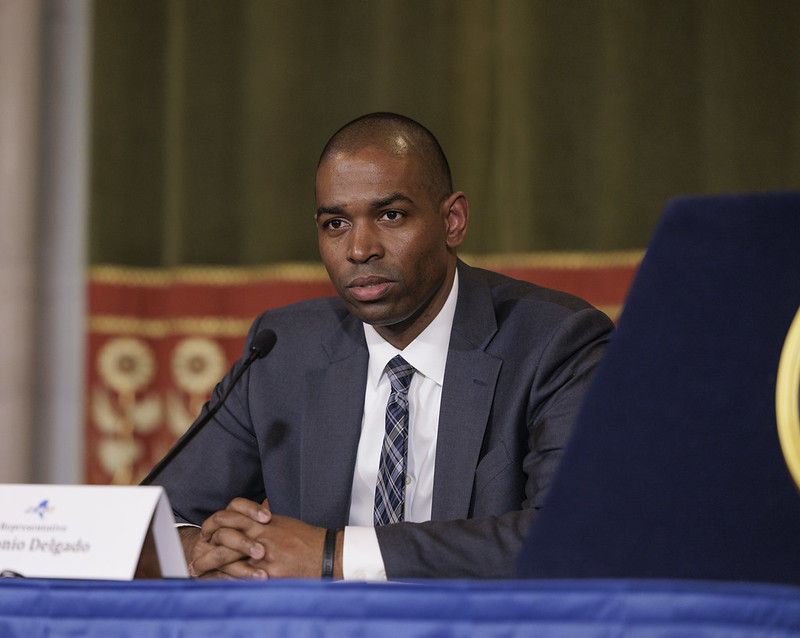 The recent appointment of new Lieutenant Governor Antonio Delgado was marred by a debate about his ethnicity – specifically, whether he is Latino.

The debate about Mr. Delgado’s ethnicity misses the point. The question that Latino New Yorkers should be asking is not whether he is Latino. As his opponent in the June primary and a Latina myself, if that’s how he identifies himself, I’ll take him at his word.

The more important question is: will he stand up for Latino New Yorkers in office? Sadly, on that question, his record is mixed.

As a member of Congress, Delgado has repeatedly been on the wrong side of key issues affecting Latino and immigrant communities.

Let’s start with immigration. In 2019, when the Trump administration was terrorizing immigrant communities across the country, Rep. Delgado sided with Trump and Congressional Republicans to dramatically increase funding for the same Immigration and Customs Enforcement (ICE) and Customs and Border Protection (CBP) that were tearing children from their parents’ arms at the border and terrorizing immigrants nationwide. Shockingly, the bill also allocated funds to the Pentagon to support troops that Trump sent to the southern border.

The Congressional Hispanic Caucus called the bill “a betrayal of our American values,” and 102 Democrats, including New York Reps. Velazquez, Espaillat, and Ocasio-Cortez, voted no. Many other Latino leaders like me also expressed vocal opposition. Delgado voted yes.

On other key Congressional fights for Latino communities, Delgado was completely absent. Latinos all too often lack access to affordable, quality health care–in fact, we are three times as likely to be uninsured as our white counterparts. We thus stand to gain enormously from a universal health care system. But Delgado refused to co-sponsor Medicare for All legislation.

Latino communities are also often at the front lines of the climate crisis, and we need bold solutions to transition to a clean and renewable energy economy, create jobs, and ensure a just transition. But Delgado refused to co-sponsor the Green New Deal.

His record has also been weak on other issues specific to New York’s Latino communities. Earlier this year, Delgado penned a letter to the Governor opposing giving farmworkers access to overtime pay after 40 hours of work. These workers are largely Latino immigrants and have done back-breaking work before and during the pandemic. They deserve the same wages and protections as anyone else.

Meanwhile, while he was writing his own letter to prevent these essential workers from getting overtime pay, he was refusing to sign on to a letter signed by 11 of his congressional colleagues to expand tenant protections and prevent evictions without good cause across the state. Ensuring these protections is a crucial issue for Latino and immigrant tenants who pay enormous rent burdens, often for substandard housing, and have been decimated by displacement from their homes.

All of these positions are worrying enough on their own. But they’re made worse by the fact that Delgado has joined a ticket with Governor Hochul, who herself has a history of anti-immigrant positions. The Governor first rose to prominence as a county clerk demagoguing against immigrants and opposing the restoration of access to drivers’ licenses to undocumented immigrants as county clerk. She didn’t just oppose the measure – she threatened to have undocumented immigrant applicants arrested and put at risk of deportation.

While Hochul eventually changed her position as lieutenant governor, just this year she led the effort to callously exclude undocumented immigrant children from the expansion of access to childcare in the state budget, while opposing replenishing a fund for excluded workers and blocking legislative efforts to pass Coverage for All, which would have ensured health coverage to low-income New Yorkers regardless of immigration status.

What does give me hope is that Latino and immigrant New Yorkers are organizing all over the state, and partnering with visionary legislators to win historic victories, like the $2.1 billion Excluded Workers Fund they won last year. Our communities deserve better and will continue to demand better. Our eyes are on the prize of a more just society, not representation in name only.

***
Ana María Archila is a Democratic candidate for Lieutenant Governor of New York. On Twitter @anamariaforny.