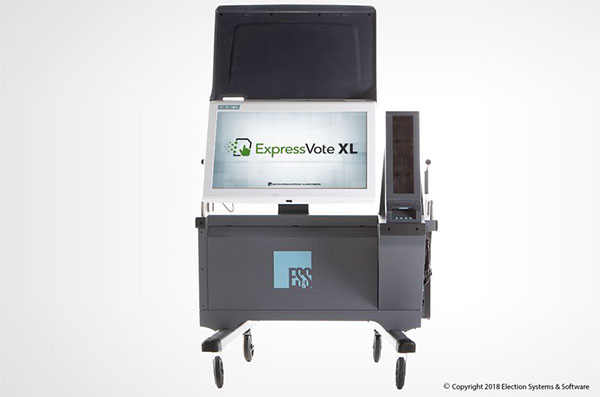 New York needs to ban hybrid voting machines before they start being used, and the opportunity is here.

Using these hybrid machines — where voters both mark and cast their ballot — is not good for voters, will not help election administration, and run the risk that voters will lose faith that their votes are counted accurately.

There is a bill before the State Legislature (SS309B/A1115C) that needs to pass now — there is no time to lose, our current machines are already overdue for replacement and the NYCBOE (as well as other county BOEs throughout the state) are wanting to replace them with these hybrid machines. And the 2022 legislative session in Albany is scheduled to end this week.

Yes, we need to replace the ballot scanners we currently use. They were purchased in 2010 and are long past their reasonable lifespan. But we do not need to replace them with machines that will make the voting experience and elections worse, especially in New York City. At a time when our democracy feels very fragile, we cannot and should not spend tens of millions of dollars on machines that are less secure, will create longer lines for voters, and where voters will not feel confident their ballot is counted properly.

We need to prioritize the voter. Taxpayer funds should be spent on election equipment that makes elections better, not worse.

Hybrid voting machines like the ones being considered in New York are direct-recording ballot-marking devices and tabulators. This means voters never touch their ballots themselves. The voter uses a touchscreen to make their choices and the machine records their votes. The manufacturer says voters will have an opportunity to “review” their selections, but in reality, voters will look at a receipt-like display on the machine’s screen. This display will show the names of candidates the voter selected, but the machine bases its tabulation on the barcode printed next to the name. New Yorkers read hundreds of languages, but  “barcode” isn’t one of them. This is a smoke and mirrors approach to a voter-verified paper audit trail, the gold standard in elections.

One of the biggest security flaws in hybrid voting machines is not hacking, but that we might not have the ability to determine voter intent to do a manual audit, which is required by state election law. The “ballots” from the hybrid machines are printed on thermal paper, which is not easily preserved. This type of paper needs to be preserved in ways that our current paper ballots are not - and it is still unclear how or if this can be done.

We don’t know if a race is within the manual recount margin until at least two weeks after Election Day, as absentee ballots, as long as they are postmarked by Election Day and received within 7 days after (plus takes a few days to verify the postmark and signature and we now have a process to allow voters to add a missing signature. It’s unclear if the hybrid machine “ballots” will be legible to be recounted after this amount of time.

Additionally, multiple people have to touch the ballot many times during the manual audit - to pick it up, to show it to observers, and put it back. We can’t be sure the thermal paper -- the only kind used by the machines under consideration by the New York City Board of Elections and other election boards, the ES&S ExpressVote XL -- can handle this. We need ballots that can stand up to repeated recounting so voters are assured the machines work as intended. The alternative creates a potential nightmare for democracy and a crushing blow to trust in our elections.

New York has complicated elections and bottlenecks do occur. Yes, a non-working scanner slows down the process, but non-working hybrid machines would grind the voting process to a complete halt. With these hybrid machines, voters will have to wait for an available machine to both complete their ballot and cast it. Bottlenecks also occur when 1) machines go down and require a technician to fix; 2) voters need a lot of time to vote; 3) it’s a peak voting time; and 4) there are elections with highly-contested races. Bottlenecks make time-starved voters especially frustrated and more likely to leave and never cast their vote at all. The hybrid voting machines could exacerbate these bottlenecks at each point.

Then there is the capacity of the hybrid voting machines, which will cause further delays for voters in high turnout elections. Our current ballot bins that receive the scanned ballots need to be swapped out every 2,500 ballot pages, a process that takes about 10 minutes (and the scanners rarely - if ever - get to that amount of ballots). In contrast, hybrid voting machines require the printer hopper to be replaced after every 250 votes. While the cartridge is being replaced, the machine is out of service, causing yet more delays to voters. Why would we want machines that are designed to go out of service at the exact time that they are being used the most?

The manufacturer’s response is to point to Philadelphia, which uses similar hybrid voting machines. But there’s no comparison when you look at the numbers. Philadelphia has 1.1 million registered voters across 1,703 divisions (the equivalent of New York City election districts). In the 2020 general election, about 749,000 people voted, about 50% of whom voted via Pennsylvania’s absentee/mail-in/early voting process, so only about 375,000 voters actually used the hybrid voting machines. Each machine on average serviced about 125 voters. Virtually no machine serviced more than 250 voters, which is the point at which the paper hopper would need to be swapped by an on-call technician, per Philadelphia procedure.

By contrast, Brooklyn alone has about 1.5 million registered voters, of whom about 920,000 voted in the 2020 general election on the scanners. Each of the current type of scanners served, on average, under 250 voters, but this is an average, so many of Brooklyn’s poll sites had scanners with MORE than 250 voters per machine. Remember those long lines during early voting? Wait times would have been even longer had hybrid voting machines been in use. The Philadelphia experience is not at all comparable to the NYC experience.

Hybrid voting machines are bad for voters, bad for the voting process itself, and bad for increasing trust in our elections. New York must ban these machines and actually work on making voting easier for all eligible voters.