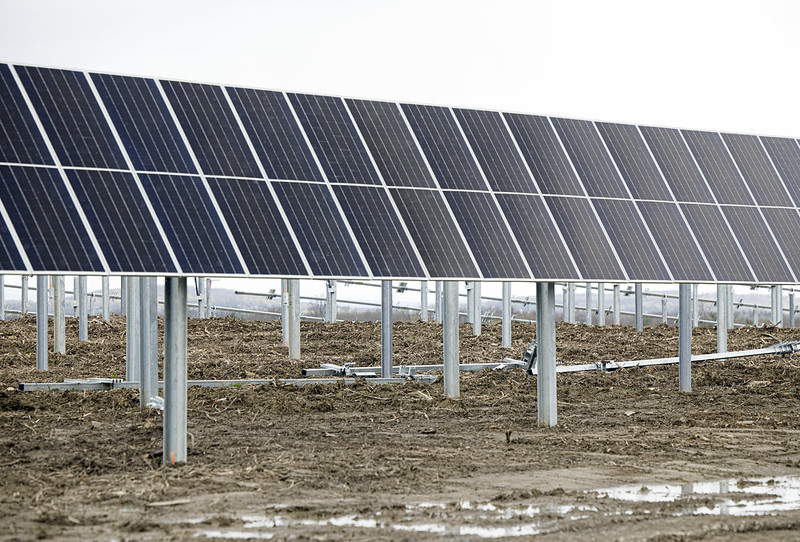 But the state authority tasked with implementing public power, the New York Power Authority (NYPA), must be rebuilt under new leadership to have the vision, capacity, and management excellence to rise to meet the existential threat of climate change and deliver the promise of public renewables.

At issue is the Build Public Renewables Act (BPRA), a bill to enable NYPA to build and own more clean, renewable energy generation. The legislation passed the State Senate in June and in July was the topic of an unusual post-session Assembly hearing at which the interim head of NYPA, Justin Driscoll, said the agency couldn’t handle what was being asked of it under the bill. Under his anemic leadership, that damning self-assessment is likely true; Governor Kathy Hochul must dump Driscoll and nominate instead a talented and ambitious NYPA President and CEO who is up to the task of bringing New York State’s power system into the twenty-first century.

NYPA is the obvious vehicle for expanding renewable power in New York. Founded by FDR in 1931, it is a massive state agency – the largest public power entity in the U.S. – with almost $3 billion in annual operating revenues. NYPA currently generates a quarter of New York’s electricity, 88% of it from renewable hydropower, and owns a third of our transmission infrastructure. Though almost a century old, NYPA has a proud history of innovation and has put the transition to a carbon-free economy at the heart of its mission. But under current leadership, the agency has atrophied when it should grow stronger and shrunk from challenges rather than rising to them.

Driscoll’s main argument against expanding NYPA’s renewable energy portfolio was that the finances didn’t pencil out: while private companies get incentives and tax breaks for building renewables, NYPA, as a not-for-profit state authority, does not. But the federal climate bill now extends comparable incentives to non-profit entities through the mechanism of direct pay, in addition to a raft of subsidies for efficiency upgrades and electrification.

And, because NYPA doesn’t extract profits from ratepayers’ bills to enrich shareholders, NYPA power is more affordable. The BPRA prioritizes delivering its cheap electricity to government-owned buildings, such as schools and affordable housing, reducing the operating costs of these public properties, saving taxpayer dollars. Low-income New Yorkers would also be able to access low-cost NYPA energy through a program modeled on the very successful ReCharge NY.

Public ownership is essential to a just renewable energy system. Representatives of New York state agencies testified at the Assembly BPRA hearing that the private sector might be able to build sufficient renewable energy plants to meet the goals set by 2019’s Climate Leadership and Community Protection Act (CLCPA). But the development of privately-owned power plants depends on market conditions, the cost of capital, politically vulnerable tax breaks and incentives, and other unpredictable factors.

Even if every proposed renewable project now in the pipeline were built, which is unlikely at best, New York would fall short of the 70% renewables by 2030 mandated by   the CLCPA. To date only 4% of energy in New York is from wind and solar. Regardless of what is “in the pipeline,” private developers are simply not meeting the need, and they shouldn’t be rewarded for that failure with protection from public competition. The BPRA ensures that our state will meet or exceed the goals mandated by the climate law: if, after an annual review, private sector renewable developers are found to be underperforming, NYPA would step in and build the clean, renewable power needed to meet the state climate mandate, filling in the gaps left by private investor-driven projects.

NYPA is unique in that it is both a generator and transmitter of energy. The two functions were separated in the U.S. in 1978 by PURPA, the Public Utility Regulatory Policies Act, in response to the oil crisis and U.S. reliance on imported fossil fuels for energy. The impact of Russia’s war on Ukraine on gas and oil prices underscores the economic risks inherent in international fossil fuel markets. But renewable energy generated on domestic land and coastal waters is free from those concerns.

NYPA’s Vision 2030 Plan outlines its goal to become the leading electricity transmission provider in New York State. Increasing NYPA’s renewable generation capacity as it expands its transmission infrastructure is the key to the rapid construction and transmission of reliable, affordable, renewable, and independent energy in New York.

We don’t just need to build public renewables: we need to rebuild NYPA with visionary leadership that has expertise in engineering and new energy technologies and a commitment to a just transition from fossil fuels. Union representatives at the hearing called by Assembly Speaker Carl Heastie described NYPA’s failure to work with unions in good faith, with years passing without labor contracts being signed. The agency has a reputation for a stifling internal culture that drives away talent. It needs a CEO with a commitment to growing NYPA, serving the public, and restoring both employee morale and public confidence in the Authority.

To meet the moment and to be competitive in the talent search and hiring surge that the Inflation Reduction Act and Build Public Renewables Act will trigger, NYPA needs to improve its employment practices with respect to compensation, benefits, culture, and equity, and revitalize the organizational culture and staff morale.

Despite the decent benefits offered to employees of state agencies, NYPA has trouble attracting talent and currently has over 100 openings. Salary tiers are typically lower than those of other employers in the field, and NYPA often loses candidates to investor-owned utilities like ConEd. Employees are required to go to the office at least some days, even for jobs that could be fully remote. Many employees report there isn’t enough growth potential, and that the authority doesn’t actively seek to diversify its staff through targeted outreach and training.

Finally, justice must be at the center of efforts to meet the CLCPA mandates and slow the warming of the climate, and it is at the center of the BPRA. The legislation prioritizes disadvantaged communities, public housing, and public schools for the benefits of public power, which include low-cost electricity, comfortable and reliable heat pump heating and cooling, training and union apprenticeships, mold and lead remediation, and efficiency programs.

The bill was written in consultation with labor – Pat Guidice, business manager of IBEW local 1049 and head of the IBEW state utility labor council, said at the hearing that BPRA has “the best labor language he’s ever seen” in a piece of legislation. It requires all work projects, including contractors and subcontractors, to utilize project labor agreements and prioritize training for workers who have lost jobs in the fossil fuel industry.

The climate emergency is here, now, and getting worse faster than scientists anticipated. Limiting the most catastrophic effects demands serious action to reduce emissions of greenhouse gasses as rapidly and completely as possible. The necessary scale and speed of the infrastructural and technological transition requires leadership, coordination, financing, and management for the benefit of the people can only be achieved by government: we must demand that our legislators and governor rise to meet the moment.

We cannot resolve the existential crisis facing us in the 21st century with 20th century infrastructure and ideas. The governor must replace Driscoll and rehabilitate NYPA so that New York can lead an energy moonshot, a World War II-level mobilization to end our reliance on fossil fuels and slow the burning of the planet. Though the Inflation Reduction Act is an important turning point, the federal government, hobbled by partisan politics and the influence of the fossil fuel industry, can’t do that now: New York can, and New York must lead.