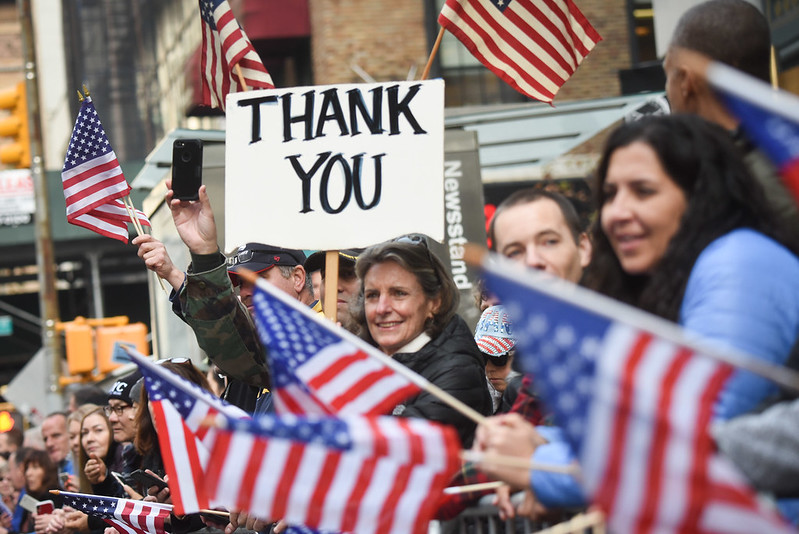 When City Council Member Robert Holden was appointed chair of the Council’s veterans committee in January, there was optimism in the city’s military veterans advocacy community as many felt his predecessor was caretaking the committee and holding hearings that didn’t press the city’s Department of Veterans Services (DVS) for answers.

Yet over the past several months, veterans have been surprised at the Council Member’s seeming unwillingness, particularly with his no-nonsense reputation, to take the agency head-on. That instead has come from Council Members Joanne Ariola and Vickie Paladino, who have chided the agency at several hearings, including Paladino threatening to request a Comptroller audit.

With fall upon us and a return to a more active City Council, as well as the recent re-appointment of Veterans Commissioner James Hendon (after a conflict-of-interest board violation), this is a chance to reset and discuss topics the community believes the committee should consider holding hearings on.

Already, the Council’s veterans and small business committees are scheduled to hold a joint hearing in late September on “veteran entrepreneurship and public contract opportunities”; despite the fact there was a similar hearing with the small business committee less than 10 months ago. At that hearing, it was pointed out that the lack of access to capital is a serious challenge, with Commissioner Hendon sharing that veteran entrepreneurship dropped 33% nationally over the last 20 years. It wasn’t explained how that percentage translated to city veterans.

The Commissioner also testified that DVS “connects veteran business owners with a variety of needs through our robust VetConnectNYC network, our VetBizNYC map and our DVS website.” Therefore, a focus of this upcoming hearing should be what DVS does in these areas, how veterans are utilizing the agency, the data surrounding these systems and its relationship with the city’s Department of Small Business Services (SBS).

Additionally, the city establishes goals for awarding contracts to businesses owned by women and racial/ethnic minorities (MWBEs). However, unlike federal and state programs, the city does not include veteran-owned businesses as a special category for city procurement. This hearing should explore why. It should also focus on what the city government has accomplished from its December 2014 SBS/Pricewaterhouse report, which highlighted ways to identify veteran-owned businesses, support their growth, and prepare them for procurement opportunities.

The committee should also consider the following topics for fall/winter hearings:

Oversight: DVS Contracts
The last hearing on contracting by the city’s Department of Veterans Services was held jointly by the veterans and contracts committees in November of 2019. That hearing examined DVS’ contracting ability with veteran service organizations within the Council’s discretionary (Schedule C) budget.

At that hearing, a DVS representative stated the agency was holding conversations with the Office of Management and Budget (OMB) to address what direction the agency should take.  However, at a preliminary budget hearing in March 2020, Commissioner Hendon testified: “While we continue to discuss a strategic plan for the functionality of a contract shop, DVS has begun a search for a Director of Contracts.”

Unfortunately, this still hasn’t happened, with the commissioner blaming covid and continued ongoing discussions with OMB. As DVS has been an agency for over six years and now handles its own contracts, this hearing should be considered a priority to find out why OMB continues to block this hiring and what DVS has been doing to help veteran-focused nonprofits.

Student Veterans at CUNY
Over the past 20 years, New York City’s higher education has been a tremendous attractor of veteran talent, with veterans using their GI Bill at CUNY as they transition into civilian life.

Enrollment of student veterans grew 50% over the past decade, with roughly 3,200-plus student veterans at CUNY schools. Unfortunately, between the lack of support and the pandemic, many veterans have left CUNY and are not likely to return. This has resulted in a drop in enrollment among veterans. This hearing, held jointly with the Council’s higher education committee, should address what CUNY is doing to enroll, retain, and support student veterans, along with its needs to help this community.

Veterans and Mental Health Services
While the Council veterans committee has held multiple hearings over the past several years on veteran mental health needs, there are unanswered questions.

Last year, DVS fired its Mental Health Director while the Mayor’s Office of Community Mental Health (OCMH) quietly defunded DVS. There have been no updates or data on the Mission: VetCheck program, which was started during the pandemic.

Also, earlier this year the state budget included $7.7 million to expand the Joseph P. Dwyer Veterans peer support program statewide. A hearing on this should include how much money New York City received for this program, how it will be spent, and who has oversight.

Finally, the Council passed Local Law 647 in 2018 establishing a hotline to provide peer support services and mental health information to veterans, yet no one has heard anything about it — the hearing should get to the bottom of what’s going on here.

More
Other topics for hearings by the City Council veterans committee could include a data and accountability hearing on DVS services through its UniteNYC (VetConnect) and VetConnect Pro (JobPath) platforms; Oversight on DVS’ Indigent Veterans Burial program; and what DVS has been doing to address unemployment among military veterans in the city.

This is a robust agenda but if Council Member Holden and the veterans committee members take a serious approach to hold DVS accountable, they will be up to the challenge.

***
Joe Bello served 11 years in the U.S. Navy/Naval Reserve and has been a veterans advocate in New York City for over two decades. He is the founder of NY MetroVets. On Twitter @NYMetroVets.