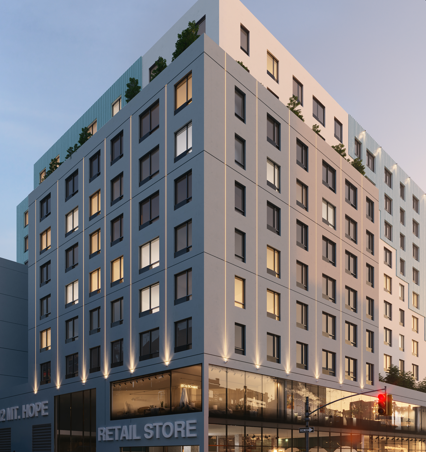 The housing market in New York City is more unaffordable than ever. How we got here may be complicated, including decades of zoning barriers to building affordable housing and insufficient overall production, but the way out is simple: every neighborhood must do its part to add to our affordable housing supply, without exception or delay. Rejecting the outdated attitude of “no” is the only way that we will ever overcome this challenge and create the city we deserve.

Mayor Eric Adams has rightly called for a “City That Says Yes” to infrastructure, jobs, and housing. That vision is facing its first test in the eastern Bronx in City Council District 13, where two projects will soon be debated before the Council, the first of which has a hearing on Wednesday. We cannot let the opportunity to say “yes” pass us by.

The first is a mixed-income project on Bruckner Boulevard, including affordable housing for seniors and veterans, and the second is an innovative supportive housing project led by the Fortune Society and NYC Health + Hospitals called Just Home that will provide housing and stability to formerly incarcerated New Yorkers with severe medical challenges on the Jacobi Hospital campus in Pelham Parkway.

Both proposals are in City Council District 13, presenting an opportunity to help fight the housing crisis in a district that has seen little affordable production. The data from our NYC Housing Tracker shows that more than half of District 13 residents are rent-burdened (which means they pay more than 30% of their income on housing), and 14.7% are living below the poverty level. Nearly 1,000 New Yorkers who were in a city shelter at the end of 2021 last lived in one of the two overlapping community boards. This district needs affordable housing as much as anywhere else in the city.

Despite the urgent need, District 13 produced just 58 units of new affordable housing in total over the last eight years – the fifth least among all 51 City Council districts.

Even still, the ugly face of NIMBYism continues to rear its head. A vocal minority of residents in Throggs Neck is fighting the affordable housing projects, shouting down advocates and even threatening them with garden hoses at rallies supporting affordable housing.

Communities should debate the specifics of individual projects, but it must be with the goal of getting to “yes,” for the good of people, communities, and the city as whole. We will never improve our housing crisis as a city by saying no to housing and telling vulnerable neighbors to pack up and find somewhere else to go.

We cannot continue this trend. We need low-rise outer-borough neighborhoods that have continually opposed new affordable housing, supportive housing, emergency shelters, and other needed community infrastructure to also do their part.

In other words, we need to powerfully reject the NIMBYism and exclusionary zoning policies that have no place anywhere in New York City. No neighborhood can be allowed to simply opt out as they have in the past.

Throggs Neck may be the first test, but it will not be the last.

The entire metro area has a shortage of 772,000 apartments affordable to very low-income households, while nearly 1 million households are rent-burdened and more than 68,350 people were homeless in New York City, according to the most recent comprehensive estimate.

If we allow the reactionary forces in Throggs Neck to outnumber voices for positive change and growth, then those forces will be empowered everywhere – and the crisis will only get more distressing, year by year.

That is not the city that New Yorkers deserve. We must simply start making better choices – and that starts now, in Throggs Neck and then in every New York City neighborhood.