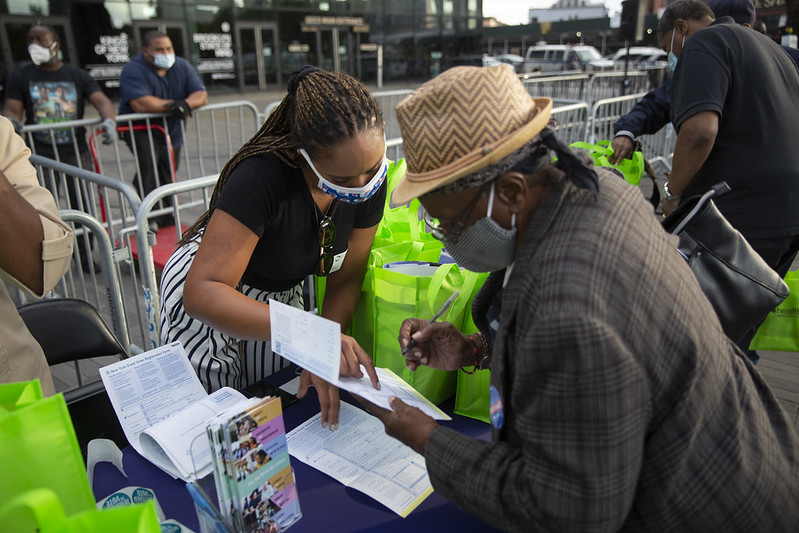 It’s fall in New York, which means pumpkin spice lattes when it’s still too hot, our football teams are terrible, and election season is essentially over. Well, let’s take a beat on that last one for a second. While it may be true that most of our races are decided in the Democratic primary, there’s a lot at stake in 2022 – from who occupies the Governor’s Mansion to what we value as a state.

Candidates aren’t the only thing on the ballot this year. Who you vote for will decide whether hard-fought criminal justice reforms will be rolled back (further), whether the legalization of marijuana will be truly equitable, and so much more. Many might not realize that $4 billion is sitting on the back of their ballots, potential environmental funding that could go to improving over-polluted Black, Latino, and Asian neighborhoods.

So, what’s the plan? That’s the $220 billion question (and the size of the state budget). The proven plan of action to make sure New York State crosses the threshold of change is to organize. Communities of color have a powerful vote we must make sure is exercised during one of the most important November elections this state has seen in decades.

Here are three things you can do this fall to make change happen in your neighborhood and beyond:

First, get off social media and talk to your neighbors. Figure out what issues are important to them. If you live in Southeast Queens, you might be surprised by how many people want property tax reforms, which is one place the state races come in. Your neighbors in public housing may have been fighting to repair a senior center, which every level of government bears responsibility for (and don’t let officials tell you otherwise). Read up on the back-of-the-ballot measures and be ready to spread the word — most people don’t realize they have a say on these major policy decisions.

Second, find the people who are running and push them to make real commitments on issues of importance that you organize around. The key here is to make sure they hear the same message over and over and over again. It’s essential that your community speaks as one voice, which I know is easier said than done considering even the friendliest of neighbors have their differences.

As an organizer I’ve found the best path is to focus on what unites us – the change that can positively impact the most people – while also acknowledging and validating those differences. Find your local civic organizations, faith leaders, and other recognizable community members who can bring everyone together, especially by speaking publicly on these issues.

Third, above all else, go vote. I don’t want to hear that it’s November, it’s chilly, you had a bad day at work, or it’s dark early. In New York, you can still vote by mail due to the pandemic. There are also nine days of early voting. Your Election Day poll site is likely on your way to or home from work (and not that far from home if you work from home). There’s no excuse not to vote anymore. Cynics be damned: change starts at the ballot box the more people vote. In fact, challenge two friends to go vote and make sure they each get two more people to go. The only way to show the power of a community is with that all-too-powerful right to vote.

These steps might seem overly simple, but sadly they’re too often forgotten. We take this kind of work for granted, only to complain when our leaders fail us or there isn’t any accountability for matters like racial injustice. It’s what lost elections and influenced how districts are drawn up. This fall let’s get back to basics, back to engaging our neighbors, and back to the polls.

***
Paul Persaud is a Vice President at Actum, a global consulting firm, where he specializes in third-party organizing. On Twitter @Actum.