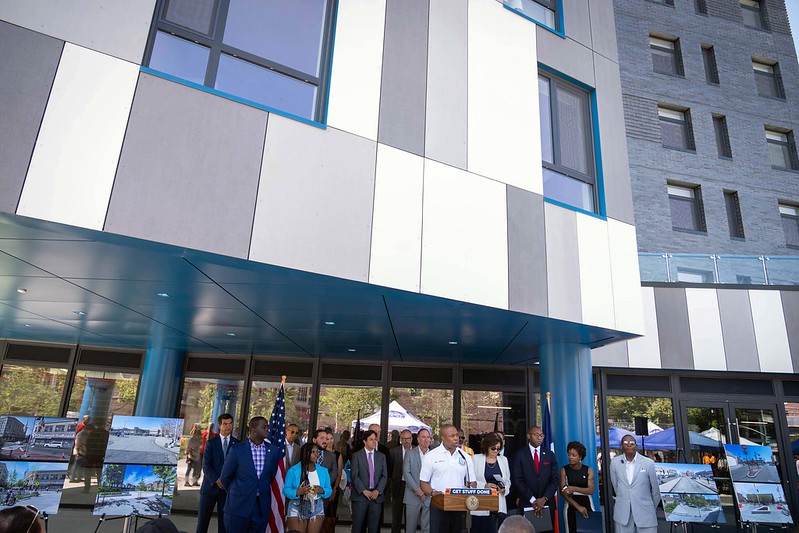 Population growth across the five boroughs has so badly outpaced housing production over the last decade that the city needs more than half a million new units by 2030.

A new report by the nonpartisan Citizens Budget Commission (CBC) slammed the process through which the city decides to approve or reject the kinds of development projects that could supply that housing, calling it an “impediment to progress.”

Many of the flaws identified in the report stem from the political nature of that process. While housing is a citywide problem that involves complex issues of urban planning and economics, ultimate decision-making power on land use matters is delegated not to experts in those fields but to the local City Council member.

That is not a knock on these public servants. But the dynamic nonetheless makes real progress next to impossible. While the shortage of housing is a citywide crisis, individual development projects often are deeply unpopular among those who are most vocal and politically active. The fact is that elected officials answer to those who voted them into office, and while there have been examples of leaders making politically controversial decisions for the greater good – such as the SoHo/NoHo rezoning, supported by Council Members Carlina Rivera and Margaret Chin – it may be unreasonable to expect that to be the norm.

As a public relations consultant who has spent the better part of the last two decades helping developers engage communities, I understand the importance of seeking and incorporating input from stakeholders and earning their buy-in. That is something the current process incentivizes, and it can and should remain an integral part of any improved process moving forward. But that said, the status quo simply is not working for the hundreds of thousands of families, seniors, and young people who are homeless, rent-burdened, or unable to stay in their neighborhoods. Nor is it working for those who want to move to New York City from other states and countries to pursue their dreams – like millions have in the past – but cannot find affordable homes.

The CBC report offers as a potential solution allowing land use applicants to “appeal City Council rejections back to the [City Planning Commission] or to another body that represents citywide interests.” Delegating decision-making power on something as important as housing to subject matter experts with a citywide view is a sensible idea that should be explored further.

Another potential model is Connecticut’s 8-30g, a statute that fosters the development of housing by allowing projects in communities that have little existing affordable housing to bypass zoning restrictions if they set aside a percentage of units as affordable. The law puts the burden on local officials to demonstrate that an affordable housing project poses a threat to public health, safety, or quality of life. This has led to a number of projects in recent years that have moved forward in spite of the kind of limited but loud public pushback that has killed similar efforts in New York City – in addition to encouraging communities to proactively find ways to add affordable housing.

Whatever the path forward, doing nothing is not sustainable. Elected officials know their communities, and ought to continue to play a role in shaping development projects. But it’s time to stop putting them in a position where they are all but guaranteed to pay a steep political price for acting in the best interest of their constituents and the city. Let’s admit that politics are part of the housing problem and find a solution that takes politics out of the equation.

***
Tom Corsillo is senior vice president and head of land use at Marino. On Twitter @tomcorsillo & @marinopr.