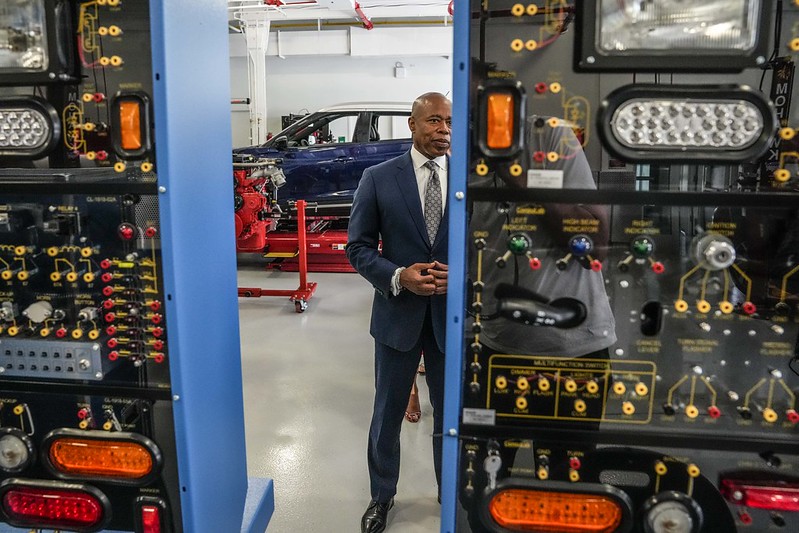 It's now clear that predictions of economic doom for New York made in the early days of the pandemic were as far off as, well, forecasts of the city’s demise made after 9/11 and the Great Recession. But while there are numerous signs that the city is bouncing back strong—from an uptick in tourism to sky-high demand for apartments—New York still has a long way to go in its employment recovery. Indeed, the city still has 123,000 fewer jobs than it did in February 2020, regaining just 82% of the jobs lost in the pandemic (compared to 100% for the nation).

There are many things city policymakers can do to spark a more complete jobs recovery, but few are as likely to succeed as supporting the continued growth of the tech sector.

Tech has been a force in the city’s economy for well over a decade. But in recent years, the tech sector has reached another level, becoming New York’s single most important job engine, and the most reliable source of new well-paying jobs. In fact, the tech sector has accounted for a remarkable 17% of the city’s entire private sector job growth since 2010, growing seven times as fast as the city’s overall economy.

It’s also been creating loads of well-paying jobs at a time when the city’s more traditional sources of good jobs have seen much slower growth. While the tech sector added 114,000 jobs in the city over the past decade, the construction industry created 29,000 jobs, the film and tv sector 19,000, the securities industry 17,000, hospitals  4,000, and law firms 3,000. Manufacturing jobs in the city declined by 20,000.

The tech sector has also outpaced all other major industries during the pandemic, with employment in the sector increasing by 8.7% since February 2020, a period when overall private sector employment in the city declined by 5.3%.

Although some tech fields face headwinds today, many others are on the cusp of significant growth. As one sign of the enormous potential, the number of start-ups has increased by at least 35% in 37 different tech sub-sectors over the past 5 years—from artificial intelligence and e-learning to ‘women’s and family’ tech.

As much as New York needs this tech growth to continue, it is by no means a given. Indeed, New York is facing new challenges that emerged during the pandemic that could dampen the sector’s growth here.

For one, remote work has made it easier than ever for tech workers—and the companies that employ them— to locate wherever they want, making it increasingly important for New York to be a leader in quality-of-life issues. Moreover, just as workers are more mobile than ever, New York is facing growing competition from several other cities that—unlike ten years ago—now boast dynamic tech ecosystems of their own, as well as significantly more affordable real estate. The departure of several tech companies from San Francisco since the pandemic arrived is a cautionary tale.

New York can overcome these and other challenges. But it will require a level of support from city policymakers that matches the new economic importance of the tech sector.

Mayor Adams has already been an enthusiastic and supportive champion for New York’s tech sector. Other parts of city and state government will need to follow suit. The wrong economic development, regulatory, and legal policies could cause the city to miss out on the sector’s extraordinary potential for future job growth.

There are several specific steps city officials should take to keep the tech sector growing, but the three most important actions involve people:

First, prioritize investments in parks, transit, safety, culture, and affordability—all of which are key to retaining and attracting talent, the key to New York’s continued strength as a tech hub.

Second, ramp up investments that will greatly expand access to tech careers for New Yorkers, including new investments in computing education in the schools, scaling up the most effective tech training programs, and harnessing CUNY as a springboard into tech roles.

Third, position New York to become the best place in the nation to work from home. This might include investing in new pocket parks and open spaces in residential neighborhoods, bolstering high-speed Internet service, and eliminating barriers for property owners outside of Manhattan to convert first- or second-floor retail space into hubs for communal office work.

By taking these steps, New York can turbocharge the city’s jobs recovery and build a larger and more inclusive tech ecosystem for the long run.