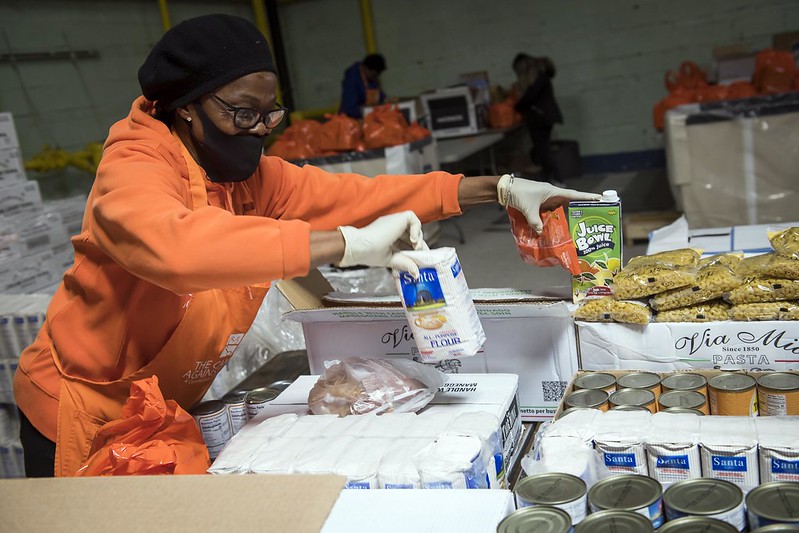 The White House will soon convene a conference on hunger, nutrition and health – the first of its kind in over five decades. In that time we have made great strides in reducing food insecurity, but the changes are not all good. After an explosion of unhealthy, cheap foods, diet-related diseases such as diabetes, obesity, and hypertension have become some of the leading causes of death. The goal of this conference is therefore not only to end food insecurity but to increase healthy eating and physical activity to save lives.

This conference has five pillars, all necessary to help create a complete picture of health. But the first pillar – access and affordability – holds the key to achieving the success of the other pillars.

I have spent much of my career in nutrition and research and appreciate the need to integrate four other pillars to combat diet-related diseases with access, physical activity, education, and research. But if we acknowledge the true extent of poverty in America, then the anchor pillar, food access and affordability, must be well-funded.

Poverty is political. More realistic thresholds would reveal the true extent of poverty in the United States.  And even with the too-low thresholds we use today, poverty at 11% (which some people would applaud as it is at its lowest) is not good enough. We can do better, and we have.

During the last two years  – when we increased the child tax credits, offered free meals in school for all, reduced arduous paperwork to apply for help, opened avenues for non-citizens to receive support  – poverty rates, particularly among children, decreased even more. We should institute these changes permanently.

We should also look at poverty numbers without fear, creating more realistic thresholds, supporting more people to grow up healthy.

The poverty threshold is calculated annually by the U.S. Census Bureau as the amount of money required for a family or individual to meet basic needs. There are no regional differences. The U.S. Department of Health and Human Services then uses the results to set guidelines for eligibility for federal programs such as food assistance. The guidelines are the same for 48 states (Hawaii and Alaska are the exceptions because they are not mainland).

The poverty threshold uses an archaic equation that was created in the mid 1960s and is simply the cost of a minimum food diet multiplied by three to account for other expenses. It is updated annually for consumer price changes, but the same antiquated equation is maintained. There is a newer model called the supplemental poverty measure that includes noncash benefits as well as housing and other costs but this is not used universally. The fact that the basic equation is simply the cost of a minimal food diet is also concerning if we are hoping to increase health as well as reduce hunger. Fresh food costs more. Minimal won’t do.

A woman with one child in 2022, for example, is considered poor if she makes less than the poverty threshold of $18,310. The guidelines then allocate benefits based on a percentage over the threshold. Using New York City as an example, where the minimum wage is $15 an hour, if that woman worked full-time, and depending on deductions, she would either be ineligible for SNAP (food stamps) or receive a paltry $23. Here is a person who lives in a city where the cost of living is very high, and she is doing exactly what the government wants her to do, yet she cannot even get adequate help to buy healthy food. If eating healthy is vital to being healthy, then the SNAP allocation should reflect that. It might, if the poverty thresholds varied.

We have the power and the tools to end hunger and food insecurity in the United States. Now we need the will. I’m excited for this White House conference. I’m excited that the government is serious about helping everyone eat healthy and be healthy. Let’s finally make healthy food available and affordable for everyone in the United States and watch as the other four pillars begin to take root and bear fruit.

***
Cathy Nonas is the CEO of Meals for Good, former Senior Advisor in the Center for Health Equity at the New York City Department of Health and Mental Hygiene and an NYU McSilver Fellow-in-Residence. On Twitter @mealsforgood.