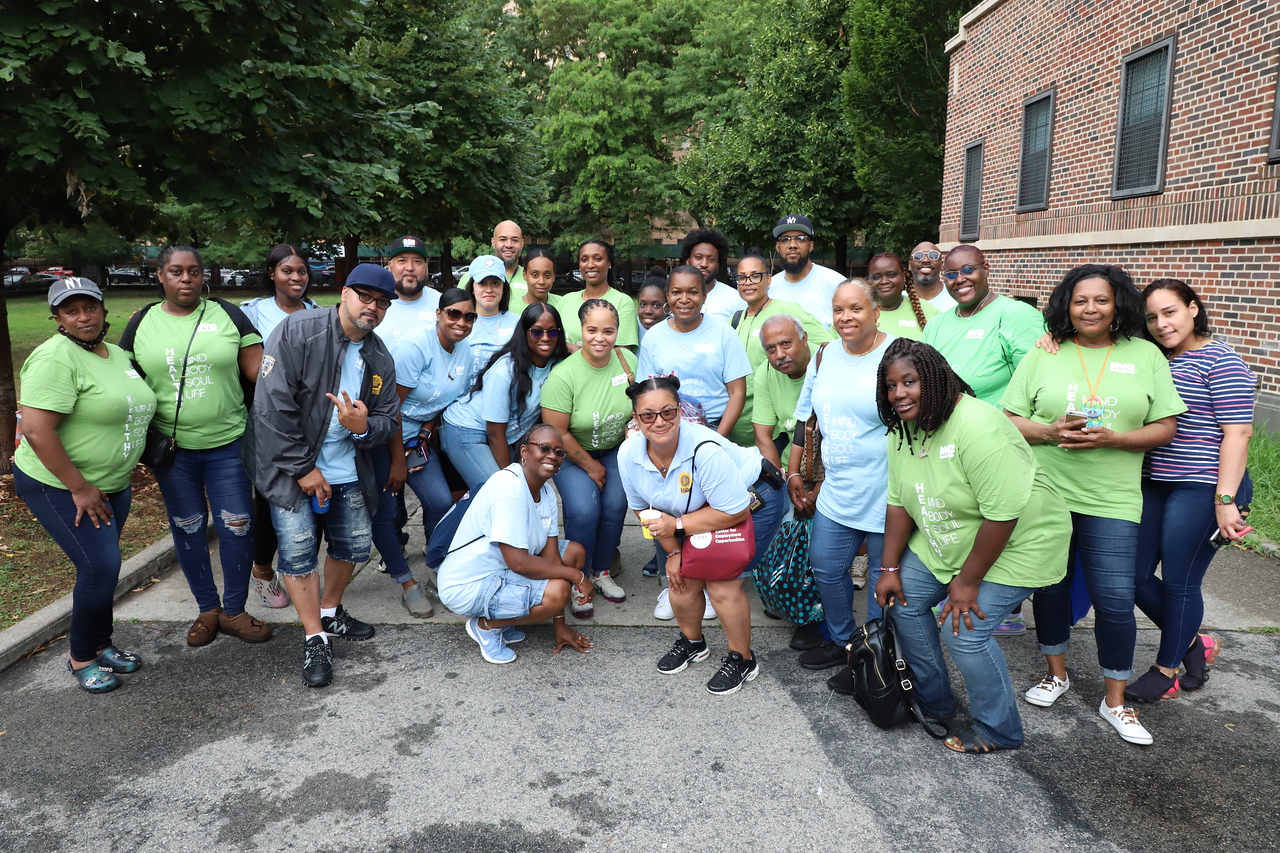 When I was a college senior, I didn’t quite know what I wanted to do with my life, but I knew I wanted a career where I could make a difference in my community.  I sent my resume to a number of City agencies and was offered a job as a Probation Officer Trainee. This has led to a long and fulfilling career at the Department of Probation.

What appealed to me about working in probation was the opportunity to give people involved with the criminal justice system a second chance, while working to keep our neighborhoods safe. I rose through the ranks, eventually becoming a Supervising Probation Officer and ultimately becoming the first black woman to serve as President of my union, the United Probation Officers Association.

One of the challenges I face as a black woman in a leadership position, leading a union that is not big and being “the new kid on the block“ is that I am often not taken seriously or respected. When I speak our truth, I must be mindful not to come across as that “angry black woman.” I am still trying to figure out how we as Probation Officers can get a seat at the table, to be seen and receive the support of political leaders who claim to value and understand our work.

While I am proud of the work I have done helping my fellow New Yorkers turn their lives around, it has been incredibly frustrating at times. Women, particularly Black women, are used to doing important work that holds communities together. And yet we’re rarely fairly compensated for it. You’ve probably heard the statistics before, but they’re worth repeating: women, on average, earn 81 cents for every dollar a man makes, and Black women make 61 cents for every dollar earned by white, non-Hispanic males.

You’d expect a city as progressive as New York to be doing better. But a recent report from the New York City Council found that women working in city government earn 73 cents for every dollar men make. Inequities exist along racial lines too, with Black city employees making 71 cents to every dollar made by white workers, Latinos making 75 cents to every dollar in pay whites get and Asians making 85 cents compared with a dollar of a white person’s pay.

Over time, the city has suppressed salaries in the Department. Today, our compensation lags other law enforcement agencies in the city, and probation departments in neighboring counties. Last year, the City Council conducted an analysis that looked at pay disparities in City agencies. The results were clear: Probation employees were paid far less than Department of Corrections employees, even though Probation Officers perform similar job functions as Corrections Officers and have higher educational requirements. The difference is that our agency is mostly women and people of color, while Corrections is mostly male.

This is simply unacceptable. New York City should be a leader in promoting pay equity and respecting the work of Black women. We should have a municipal government that acts as an example for treating women and people of color with dignity. Instead, they are preserving the status quo. How can we expect the private sector to treat their workforces fairly when the city is exploiting women and people of color who have dedicated their lives to public service?

We've taken the city to court to address the pay disparities our members face. We hope that the Adams Administration will be more receptive than its predecessors were to our very legitimate concerns, and work with us to ensure hardworking Probation Officers are paid what they're worth.

Last month was National Black Women’s Equal Pay Day. I spent the day reflecting on what world we want our daughters to grow up in. I want the girls who will grow up to look like me to be treated fairly, and to know that what they contribute to society is just as important and valuable as that of any man.