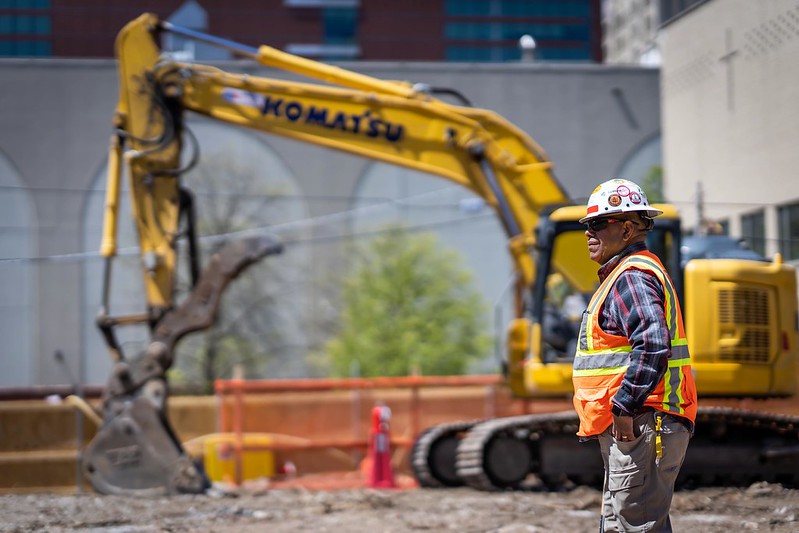 If you listen to progressives in New York City talk, you'd think they're focused on addressing our worsening housing crisis. Endless rally cries for tenant protection and increasing affordability make up the bulk of their campaign promises and slogans.

And they would be right to — everyone, from democratic socialists to President Biden agree housing production is a problem. Over half a million units are needed by 2030, according to a study commissioned by the Real Estate Board of New York.

But when you get past the rally speeches and look instead at actions taken by some progressives in the City Council, you’ll often find something very different. In fact, some of them continue to reject or water down housing proposals that would bring hundreds or sometimes thousands of units, many of which would be affordable, to their districts.

For example, this week, the Co-Chair of the City Council’s Progressive Caucus, Shahana Hanif, negotiated to limit the size of a project in her district, thereby limiting the amount of affordable housing required through the city’s Mandatory Inclusionary Housing program, which requires developers to provide affordable housing in exchange for a rezoning that allows for more housing development.

This dilution of the Mandatory Inclusionary Housing overlay will eliminate the opportunity for additional below-market-rate housing units to be built and effectively allow her majority-white, affluent district to avoid doing its fair share to welcome new rental housing and alleviate the city’s housing crisis.

You would hope the Council Member would seek to create a clear contrast and insist that her district accept more of the responsibility to provide housing rather than continue the district’s lagging production levels. From 2014-2021 the City Council District she represents only produced 253 units of affordable housing, about 20% of the city average. Meanwhile, as District Manager of Bronx Community Board 6, I supported the board in routinely supporting new housing, as shown by the Council District we overlapped with producing 12 times as much housing, with 3,115 units during the same period.

While the project is small, every effort at building housing matters. Even a single affordable apartment is momentous to a family that has lived in a shelter for years, a city worker seeking a shorter commute to spend more time with family, and the immigrant family with humble beginnings looking to start a new life in New York. By continuously working against critical housing proposals, some City Council Members are undermining the only real chance at creating housing that would address the current crisis and actively working to prevent future generations from being able to experience our great city.

All of this comes after Hanif and others campaigned on the lack of housing affordability. Yet in this case the Council Member is undermining a project that would deliver exactly that. It’s incomprehensible.

If the Progressive Caucus’ commitment is to affordability, then there should be more than respect – there should be decisive and bold action. The rules that govern what can and can’t be built in our city largely come from the 1961 zoning resolution. These rules were made exclusively by men who wouldn’t be representative of our city today in a time before the Civil Rights and Fair Housing Acts were passed. The Caucus could propose moving our city forward and no longer clinging to these outdated rules that tend to keep people out of neighborhoods based on their income, and maintain New York City’s deeply segregated nature.

With an influx of migrants seeking refuge in our great city, the chair of the Immigration Committee (yes, Hanif as well) might be expected to be a champion of bringing immigrants into safe, new homes. Instead, she is reducing the number of affordable apartments potentially available to immigrant families in her community.

The next time the City Council wants to look for a reason as to why there isn’t enough housing being built, they should examine why they defer to a single member that wants to limit how much housing and affordability is allowed. If the entire City Council truly wants to bring affordability to tenants, help working-class people, and improve their neighborhood amenities, then they need to approve projects that will provide just that and not approve deals that decrease affordable homes. People across all five boroughs are tired of excuses. People are tired of the excuse of “member deference” when it comes to explaining why it’s so difficult to provide affordable housing for a city of more than 8 million New Yorkers.

Most of all every City Council Member should ask themselves this: How many new homes do you want to see in your district by the end of the decade and what is your plan, including legislation and funding needed to happen to reach this goal? A goal without a plan is a wish, and we can no longer have a New York where a desire to live in a secure home at a reasonable price is a faraway dream achievable only by six-figure households.

When promises for housing affordability are made and then broken, there should be accountability. New Yorkers don’t want to be sold dreams anymore; we just want to have a fighting chance to afford to live here.

***
John Sanchez is the former District Manager of Bronx Community Board 6. On Twitter @NYJohnSanchez.