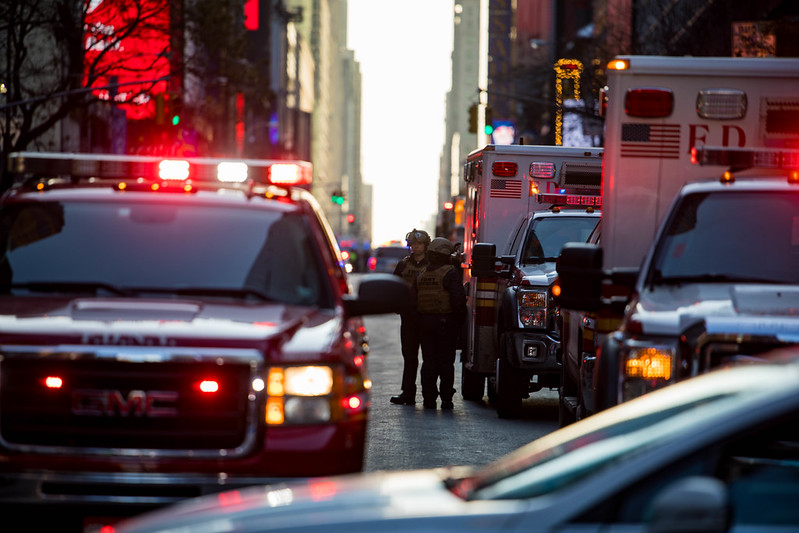 The Behavioral Health Emergency Assistance Response Division (B-HEARD), New York City’s attempt to reform the way 911 responds to mental health emergencies, has been operating in select neighborhoods for more than a year. And trends are heading in the wrong direction.

B-HEARD launched in June 2021 as an alternative to NYPD-led response to mental health-related 911 calls, which can often turn deadly. Instead, B-HEARD teams consist of paramedics and social workers to handle these crises. In the 12-month period that ended on June 30, there were about 11,000 mental health calls to 911 in the areas served by the program, which initially covered five police precincts in Harlem and now includes 11 precincts in Manhattan and the Bronx.

But as the program expands, we need to address its declining efficacy. Correct Crisis Intervention Today in New York City (CCIT-NYC)’s recent analysis of data that the city quietly released last month shows increased response times and hospitalizations, and fewer responses to mental health-related calls. To make matters worse, police officers are responding to B-HEARD calls, which defeats its intended purpose of serving as an alternative to police-led response.

It doesn’t have to be this way.

New York could learn from Portland, Oregon. Its Portland Street Response (PSR), which I had the good fortune of visiting earlier this year, is nearly identical to B-HEARD and was launched just a few short months earlier. While these programs are designed to operate in similar ways, PSR’s recent 12-month data shows it has had greater success in terms of total hospitalizations, number of responses to mental health-related calls, and average response times.

Last March, the Portland program expanded to become citywide. Since its expansion, the program is taking a record number of calls — from 44 in the month of October 2021 to 824 in October 2022, a 1773% increase. B-HEARD, meanwhile, is responding to fewer and fewer. Throughout the year in New York, 911 routed just 22% of mental health calls to B-HEARD’s pilot program, and B-HEARD teams responded to 69% of those calls — down from 82% at the pilot’s start.

Both PSR and B-HEARD include paramedics and mental health professionals in their response teams. But there is a pivotal difference between the two programs: PSR also includes two trained peer specialists to be responders.

As someone who experienced a mental health crisis and later was trained to assist others at Howie the Harp Advocacy Center in New York City, I know that peers offer an empathetic response that cannot be replicated by those who have not been through the same experiences. Peers are trained to de-escalate crises and connect individuals with the services they need for future support. They are also part of the follow-up process to ensure individuals continue to receive the help they need so a dangerous situation does not arise again. They are crucial to the success of a program.

In addition to the inclusion of peers, Portland also makes more data available to the public. PSR publishes a dashboard that is routinely updated with call volume and location of calls routed to PSR. Its first-year evaluation was a 144-page document outlining the program’s performance and outcomes, as well as general stakeholder feedback.

New York, by comparison, published just a two-page data brief that included year-long averages rather than quarterly numbers. Nowhere can New Yorkers find data as granular as that in Portland, which highlights prominent hours, days, and locations of the calls routed to PSR. New Yorkers deserve to know what is happening in their communities. And without access to this data, it is impossible to gauge whether a program is successful.

PSR plans to become a 24/7 service within the next year. I want the same for B-HEARD, which currently operates 16 hours a day. But I am wary of potential expansion of a program that needs serious revisions. Members of the New York City Council have indicated that they are ready to hold a joint oversight hearing. We call on Eva Wong, the Director of the city’s Office of Community Mental Health, to testify. There's no time to waste.

***
Evelyn Graham Nyaasi is Advocacy Specialist at Community Access, a member of the CCIT-NYC Steering Committee, and identifies as a peer (a person with lived experience with mental health recovery and services). On Twitter @ccitnyc.