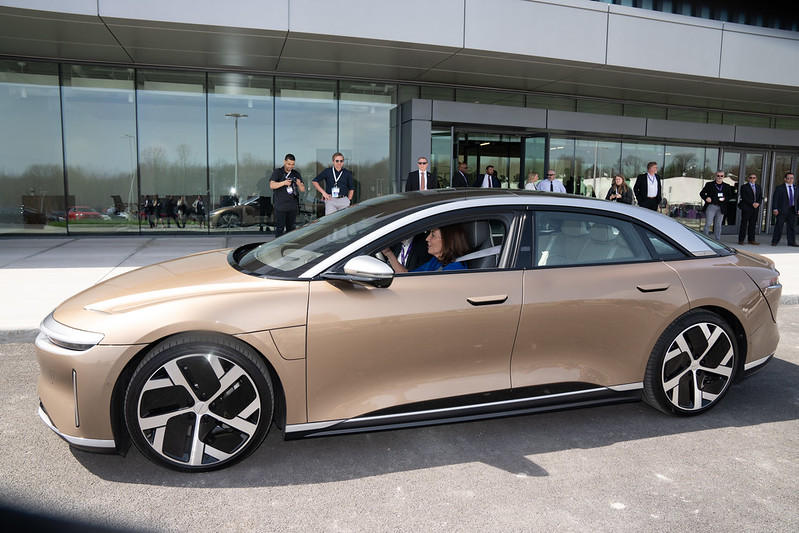 A recently-launched pilot offers Uber, Lyft, and other for-hire-vehicle drivers the opportunity to trade their gas-powered vehicle in for an electric Tesla. An experienced, high-earning Uber driver, Angelis, jumped at the opportunity – but within a week returned the Tesla for a traditional black SUV. He loved driving the car and said his customers raved about it. But as a resident of the Bronx, it was not feasible for him to keep it — going electric meant he had to drive 35 minutes twice a day to a charging station and wait there for a charger to open. Because he drives so much, he spent almost as much on charging as he would on gas. So Angelis will be back in a gas-powered SUV until New York is ready to support his transition to an electric vehicle.

The news is filled with exciting investments from Washington and Albany in New York City’s electric vehicle future, but this effort is inadvertently ignoring the most critical subset of drivers who can have the largest impact on our city’s environmental footprint. For-hire-vehicle (FHV) drivers, like those on the Uber and Lyft platforms, outnumber yellow cab drivers 8 to 1.

New York State received federal backing for 60,000 new highway chargers, as well as an expanded supercharger network in Manhattan or near the city’s airports. This approach is geared towards leisure and commuting drivers, leaving FHV drivers in the dust.

FHVs have become a central part of the city’s transportation system. Among other benefits, FHVs supplement public transportation systems in the outer boroughs where buses and trains run less frequently or not at all. Certainly, the last thing New York City needs is more vehicles on the road — encouraging leisure or personal-use electric vehicles and charging support alone will only increase congestion.

As CEO of Voyager Global Mobility, the leading provider of for-hire vehicles in New York City, I work to support thousands of drivers, providing them with safe, up-to-date vehicles and support. I hear directly from drivers every day, and it has become clear that the key is to convert existing FHV-licensed vehicles to EVs rather than clogging our streets with new vehicles as Uber and Lyft aim to achieve their EV commitments.

There are 90,000 FHV licenses operating in the five boroughs of New York City, providing in sum an average of 600,000 rides a day. Luckily, New York is the most regulated city for the for-hire-vehicle industry in the world, which means drivers pass more rigorous screening, vehicles are inspected more often, and overall, FHVs are safe and reliable. Due to these extremely high standards and the continued need for professional drivers, many of these 90,000 New Yorkers have turned driving into a career, and their cars are their keys to a steady income and a foothold on the economic ladder.

The overwhelming majority of FHV drivers use gas-powered cars — only about 615 FHVs in all of New York City are EVs. It’s not that the mobility industry doesn’t care about the environment or resists EVs. The challenge is that the charging system does not support an equitable EV transition for drivers.

We cannot expect these hard-working New Yorkers to trade in their current vehicles — their most important revenue-generating asset — for EVs that will require inconvenient and expensive charging. They cannot waste time that could be used to make money to drive across the boroughs or along the highway to wait in long lines for a full charge (which already takes 40 minutes on its own).

Despite being home to 40% of New York City’s FHV drivers, Queens has just 16% of the city’s chargers. Manhattan is home to just 8% of New York’s TLC-licensed drivers, but the disproportionate concentration of chargers there primarily benefit residents that own individual electric vehicles, not the working-class drivers of the outer boroughs who rely on this infrastructure for their livelihoods.

New EV charging stations need to be concentrated in the outer boroughs, where FHV drivers actually live. FHV electric vehicles have to charge three times more frequently than personal cars, which are used much less frequently for fewer miles at a time.

As it stands, the city’s public charging network is tight and poorly distributed throughout the five boroughs. The entire city has roughly 2,000 public chargers (of which only about 120 are fast charging) for its nearly 6,000 EVs on the road, and 56% of those chargers are concentrated in Manhattan. Vehicle subscription companies, like Voyager Global Mobility, can pinpoint exactly which neighborhoods have high numbers of drivers. There are certain zip codes in Queens with 100+ clients renting for-hire-vehicles just from us — those are the areas where we need to focus our expanded EV charging infrastructure efforts.

Further, we need to ensure that charging is affordable outside of the congested areas of Manhattan. Recently, the TLC announced discounts at NYC Department of Transportation charging hubs, which is extremely helpful. However, it only covers two hubs, neither of which are in the Bronx or Brooklyn.

We need to acknowledge that this city is not set up for anywhere close to 90,000 gasoline cars to be converted to EVs. If not now, when? EV investments must focus on the needs of FHV drivers. We’re ready for solutions and we invite the city, the state, and other partners to come along for the ride.

***
Sam Jurkowicz is a former Uber driver and the CEO of Voyager Global Mobility, the leading provider of vehicles and services for NYC’s growing for-hire-vehicle mobility needs.