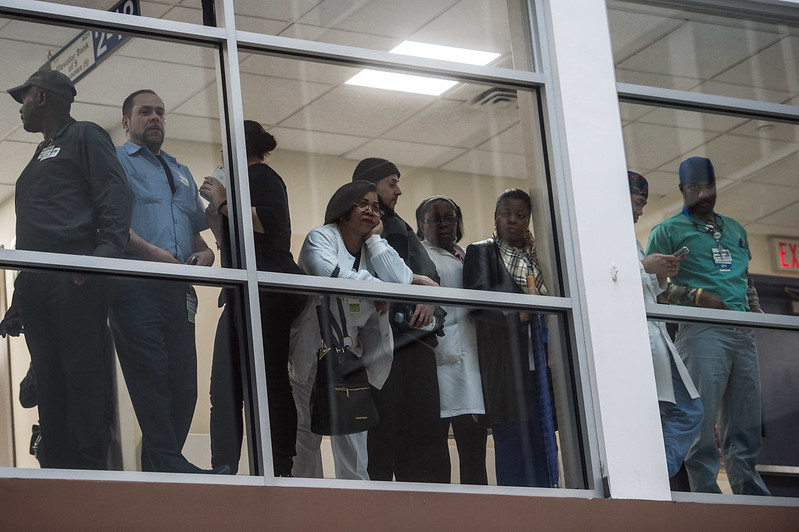 That’s what fictional Dragnet detective Joe Friday used to ask for on TV decades ago. Today, the phrase is best known as a meme, but it’s still a good approach to decision-making in government. My colleagues and I should always look at the facts because that will point us towards the best course of action.

Rarely is this more apparent than in the discourse around the Grieving Families Act, which passed both houses of the Legislature by wide, bi-partisan margins and awaits action by Governor Kathy Hochul.

The Grieving Families Act reforms New York’s 175-year-old wrongful death law. If that sounds obscure, it’s not. This antiquated law currently says that if someone is killed, their lives are only worth what they earn for a living and the grief of their survivors is worth nothing. For example, because women earn just 83 cents on the dollar compared to men, their lives are worth 17% less if they are killed. The life of a retiree is basically worthless because they’ve already earned most of the money that they ever will. The same with the life of a child who isn’t working; incredibly, existing law accords little worth to the life of a child.

And, because the law only recognizes the 19th-century model of a family, many modern families are shut out of the courts entirely. The love and loss of grandchildren or domestic partners are legally worthless in New York.

If we were gathering the facts for Joe Friday, it would be indisputable that these are a pretty terrible set, utterly indefensible in our modern society.

As the Assembly sponsor of the bill, I introduced versions of the Grieving Families Act to correct these injustices every year since 1994, and this year with the crucial help of State Senator Brad Hoylman - sponsor of the Senate version of the bill - we finally beat the special interests and passed the bill through both houses of the Legislature.

But those same special interests aren’t giving up. Insurance company lobbyists are coming out of the woodwork trying to water down or even stop this legislation altogether. But they’re not offering the facts. Instead, they’re spreading ‘alternative facts’ like the Trump White House, and what our neighbors in Brooklyn, Manhattan, and beyond would simply call lies.

Insurance companies are claiming that this bill will cause malpractice insurance costs to skyrocket 40%. There’s no evidence for that. In fact, according to the American Medical Association, when Illinois reformed its wrongful death law in 2007 in a similar way, insurance rates for specialties such as surgery, internal medicine, and OB/GYN went down over the course of the next decade. That’s not even adjusted for inflation, the actual dollar amounts went down because the performance of financial markets plays the biggest role in rate-setting.

It's not the first time that the opponents of reform have tried to mislead us.  When New York passed Laverne’s Law in 2018, the Medical Society claimed that it would cause a 15% rise in premiums for every doctor. Instead for the specialties such as general surgery, internal medicine, and OB/GYN, the state’s largest malpractice insurer either kept rates flat or even lowered them in every downstate county.

So using Joe Friday’s approach to government leads to a pretty clear set of facts: For too long, New York’s antiquated wrongful death law has undervalued the lives of many in our society, and the Grieving Families Act corrects this 175-year old injustice. Hopefully, the Governor will recognize the importance of correcting this injustice and will sign the bill as passed by the Legislature.