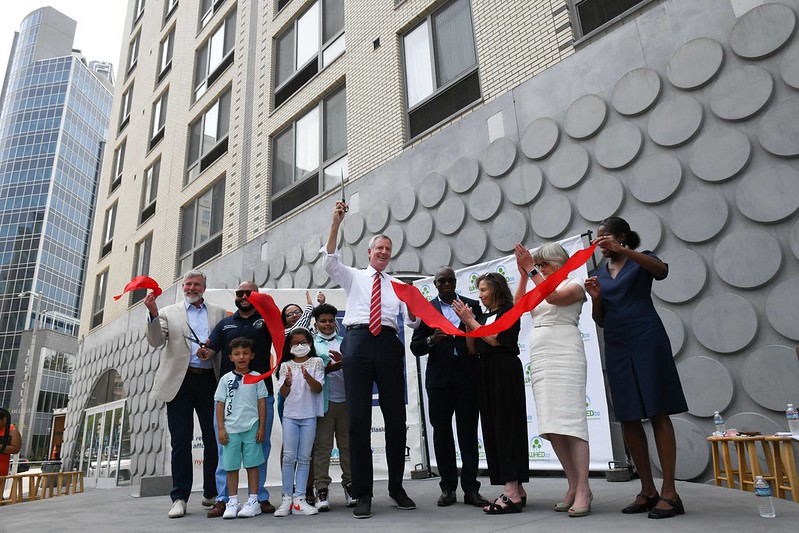 It'd be foolish to bet against New York City, but a full and robust comeback from the COVID-19 crisis is not guaranteed without bold action. It’s increasingly clear that the city’s recovery isn’t like any other. Companies are delaying return to work plans, the 10.2% unemployment rate is among the highest of any major city in the country, and the rates of joblessness among New Yorkers of color and young adults are particularly alarming.

Meanwhile, no other city is coping with as many structural economic challenges brought on by the pandemic. The rise of remote work and the slow recovery of tourism to the ongoing disruption in retail and the severe blow dealt to the arts disproportionately threaten essential parts of New York’s economy.

Putting New York on course for a lasting and equitable recovery will not only require bold action, but also solutions that are new, innovative, and creative. Fortunately, the massive turnover in city government taking place in less than four months—as well as new leadership in Albany—presents an incredible opportunity to take critical steps toward recovery. We’ve already seen many primary election winners proposing big new ideas for building a stronger and fairer city.

The Center for an Urban Future recently published a blueprint for an equitable recovery that features concrete policy ideas from a diverse mix of 175 engaged New Yorkers. Some of the nearly 250 ideas we received would help create jobs right now or support the New Yorkers hardest hit by the pandemic, while others would lay the foundation for a stronger and more inclusive economy over the long run.

While each idea is worthy of consideration, we think the following eight warrant swift action from current and soon-to-be elected city leaders.

1. Pair tech-savvy CUNY students with small businesses that need help adopting technology (S. David Wu, President, Baruch College)
Many small businesses are still hanging on by a thread and need urgent help modernizing their operations with e-commerce, digital marketing, and better financial planning. The city can help make them more competitive in the long-run by creating a matching service that pairs businesses with talented, digitally-savvy CUNY students who are rooted in the communities facing the greatest ongoing needs.

2. Make NYC a global capital of public health (Seth Pinsky, CEO, 92nd Street Y)
As a result of the pandemic, millions of dollars in new public and private investment are poised to flow into the public health sector, resulting in thousands of new, well-paying jobs. This means investing in hospitals and the healthcare system and finally making good on the promise of New York becoming a leading hub in commercial bioscience. And unlike many other parts of the city’s economy, most of these jobs can’t easily be done remotely.

3. Spur the return to offices by supporting public programming that reinvigorates business districts (Larisa Ortiz, Managing Director, Streetsense)
To lure office workers back, the city should support new public amenities and programming in these districts—including new options that aren’t found in most residential neighborhoods. For example, New York should take a page from Vancouver, which has turned alleys into brightly painted spaces with basketball courts and foosball tables, and Montreal, which created interactive, musical swing sets.

4. Spur economic development in underserved communities by making long-overdue public realm improvements (Purnima Kapur, Chief of University Planning and Design, Harvard University)
Economic development officials can spark economic investment, small business growth, and job creation in low-income communities across the five boroughs by making public realm investments like upgrading sidewalks, creating new pocket parks, and improving lighting. Streetscape improvements like these often serve as catalysts for economic development, but too many of the city’s hard-hit neighborhoods have historically been left out of these local place-making projects.

5. Break the logjam around housing development in NYC with a grand bargain around housing and jobs (Rafael Cestero, President, Community Preservation Corp)
The pandemic has only amplified the need for more affordable housing. It’s time to forge a grand bargain by creating a citywide structure that eliminates the power of individual groups or local representatives to scuttle projects because of micro-issues, reallocates housing vouchers to create deeply affordable housing at a mass scale in the communities that need it most, and mandates local hiring on all major projects involving city land or capital.

6. Provide new income supports for NYC’s fast-growing (but low-wage) direct care workforce (Jodi M. Sturgeon, President, PHI)
The industry already employs more than 320,000 New Yorkers, and the aging city population makes it near certain that the number of jobs will grow significantly in the decade ahead. But the sector also pays among the lowest wages of any industry. The city should establish a Home Care Jobs Innovation Fund, providing workers with transportation funds, scholarship programs, and retention bonuses, while also making new investments in career training for direct care workers to improve their job quality and economic prospects.

7. Create an NYC Climate Corps (Tonya Gayle, Executive Director, Green City Force)
Teens and young adults across the city have been far more likely to lose work during the pandemic than other New Yorkers. The city can help thousands of these young adults get on track by leveraging federal infrastructure funds to create an NYC Climate Corps, which would also crucially help the city prepare for the impacts of climate change.

The next mayor and new leaders across city government will need a lot of good ideas in the year ahead to ensure that the city’s nascent recovery takes hold and accelerates. To build a stronger and more equitable economy over the long run, city leaders should tap into the ingenuity and experience of our fellow New Yorkers who understand how to best support the city’s diverse communities and economy.

***
Jonathan Bowles is the Executive Director of Center for an Urban Future. Winston Fisher is a Partner at Fisher Brothers. On Twitter @jbowlesnyc & @nycfuture & @Winston_Fisher1.