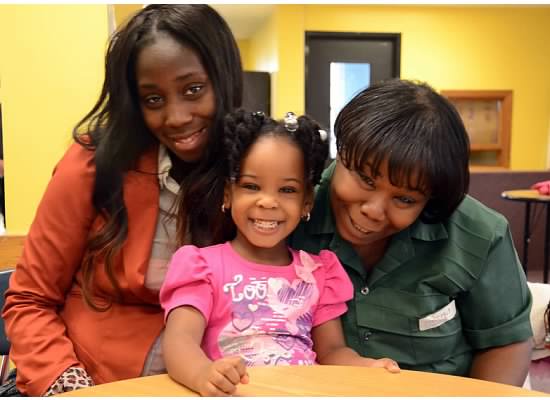 A family visit made possible by the Osborne Association

The evidence that children love and need their parents is all around us. That evidence is a lot less visible when it comes to the 80,000 children with a parent in one of New York's 57 prisons. Maybe that's because most of our prisons are located far from the urban centers where most of our prisoners' families live.

Last week the Senate Crime Victims, Crime and Corrections Committee passed a bill (S.1789A) that we have worked on together, along with Assemblyman Crespo in his chamber, for nearly two years now. It brings New York State correctional policies in line with extensive research that shows the positive impact of making, mending and maintaining family relationships both for children and their incarcerated parents. The committee voted in support of the Proximity Pilot Bill, which would add "proximity to children" to the criteria to be considered by the Department of Corrections and Community Supervision (DOCCS) when deciding where an incarcerated person should serve his or her sentence. Current criteria includes security, mental health and other services, and availability of beds.

This pilot would add proximity to children as a factor to consider for 100 incarcerated parents who meet a set of determined criteria. The Assembly Corrections Committee approved this bill in March.

Distance is the number one barrier to children and families visiting an incarcerated parent or loved one. To their credit, the Legislature and DOCCS supported the establishment of a video visiting program with the Osborne Association, a community organization serving the incarcerated and their children and families. While this program offers real benefits to children and families, it cannot be considered a substitute for children being physically embraced by their parents. In-person visiting is critical not only for the well-being of children, but also to the success of parents when they return home. Family visitation is an effective and valuable anti-recidivism strategy and a public safety strategy.

In his support for this bill last week, Committee Chair Senator Patrick Gallivan recognized that this is a statewide issue: the demographics of the state's incarcerated population are shifting. Just half of women in our prisons are from New York City and its suburbs; 50 percent are from other parts of the state. The demographics of incarcerated men are similar. There are mothers and fathers from Western New York who are incarcerated within an hour of New York City; their children are suffering and their own likelihood of successful re-entry is weakened by not maintaining family ties.

Adding proximity to the calculus is in all of our best interests. People returning from prison are less likely to again commit crimes and are more likely to contribute productively to society when their family relationships are intact. Despite this, DOCCS' current practice seems to favor incarcerating someone far away from home, bringing them closer to home as they near release. But by that time, relationships have already been damaged by distance, and family support diminished. Far too often, the legacy of incarceration is severed relationships, with children also paying a hefty price.

It is time for our state correctional policies to reflect what research continues to confirm: that family connectedness – best achieved through visiting – is integral to successful re-entry, lower recidivism rates, and better outcomes for children. We join together to call on the State Legislature to bring this bill to the floor in both Houses and pass it.

***
Gustavo Rivera is the New York State Senator for the 33rd Senate District, which extends from the Northwest Bronx to areas of the East Bronx. He serves on the Crime Victims, Crime and Corrections Committee.

Elizabeth Gaynes is Executive Director of the Osborne Association, one the country's largest and most effective nonprofit organizations serving individuals affected by crime and incarceration. Follow Osborne on Twitter @osborneny
***
@GothamGazette