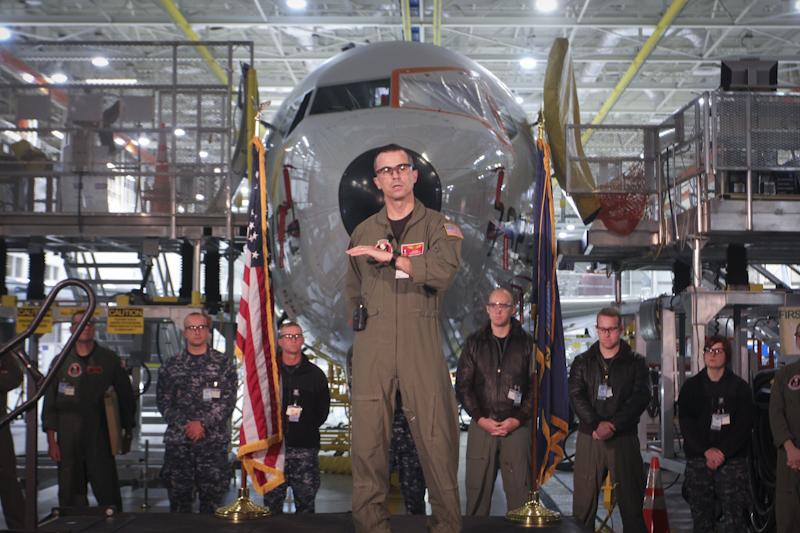 In July of 2013 when Bill de Blasio was running for Mayor, a briefing paper was created to help bridge the cultural divide and educate all mayoral candidates on what the next administration could do to create policies helpful to military veterans in New York City.

One of the recommendations was that the next administration take the lead regarding veteran-owned small businesses and "support the development of a Veterans Business Enterprise program (VEB) through executive fiat (as a pilot program) or by working with the City Council to create legislation for the program."

The thought at that time was that especially as veterans are returning from two major wars, New York City should lead the way in creating local procurement opportunities for veteran entrepreneurs, and that by the City taking the lead, the State would more than likely follow as it did when then-Mayor Dinkins set up the city's first Minority and Women-owned Business Enterprise (M/WBE) programming over twenty years ago.

With the help of veteran business owners and advocates, who were talking to elected officials about the lack of procurement options with the City, the City Council passed Local Law 144 at the end of 2013, which required the Department of Small Business Services (SBS) to conduct a study to "analyze veteran owned business enterprises and opportunities for such business enterprises in city procurement." A lack of data on the subject and general lack of understanding of veterans' issues made this study necessary and reasonable.

In early 2014, the city partnered with PricewaterhouseCoopers to conduct the study. After almost a year, the results were finally released last month in a report from the administration. One key question the study aimed to answer was whether the City should set goals for awarding contracts to veteran-owned businesses. Overall, the study concluded, "Given the limited pool of veteran owned companies able to do business with the City and the availability of other City certification programs like M/WBE and EBE, a goals program for veterans is not recommended at this time."

The recommendation against creating a procurement goal is disappointing as many veterans believed we had an administration which better understood our needs. At the time of the report's release, a Gotham Gazette article included some discussion of the problems with the data used.

However, the problems can be fixed. There appears to have been good intentions in putting the report together and there is a major bright spot in the list of seven recommendations for increasing outreach to veterans, better training veteran business owners (VBOs) on how to do business with the city, and creating a designation for VBOs who wish to be potential vendors with the City. These recommendations make for a very good start and where SBS and the Mayor's Office of Veterans' Affairs (MOVA) can now come together and proceed, beginning with this week's City Council hearing.

A short list of recommendations - gleaned from speaking with people far more knowledgable than myself on the subject at hand - to Commissioners Maria Torres-Springer of SBS and Loree Sutton of MOVA:

-Group dynamics: It appears that SBS is taking the lead on the public forums around the report and veteran-owned businesses. Anything related to contract procurement goals will go through SBS, it seems, which makes sense. But, MOVA must also be involved. It was clear at the first feedback session on the report that SBS is less than familiar with the veteran community, which is understandable, but shows the need for Commissioner Sutton and MOVA to be integrally involved. Commissioner Sutton has a better handle, of course, on the players in the community as well as the issues veterans face, which gives her the ability (by working with Commissioner Torres-Springer) to better alleviate concerns and avoid miscommunication.

-Open and honest communication: City Council Member Eric Ulrich, chair of the veterans committee, is holding a Wednesday hearing on the report. It is essential that the commissioners and agency representatives are forthcoming and forthright. One of the most frustrating things for veterans is when we hear city officials duck questions or give non-answers. If a mistake was made, admit it and explain how we are moving on. Discuss the report's recommendations and how this report should viewed as the beginning of a road map to get to an end goal. We want to hear concrete steps.

-Planning and outreach: Be clear and communicative about what events are happening and when. Make sure that as many veterans and veteran organizations as possible know about opportunities to give feedback or attend helpful events. But also be clear about what each event is about - whether it's an event about feedback on the new report or more general support sessions for VBOs (or whatever else), it is key that flyers and other messaging are clear.

-Policy: Eventually City Hall - really Mayor de Blasio and Commissioner Sutton - will decide what the end game on contract procurement goals will be. Even though this report recommends against setting a goal, that does not mean it can't or won't happen. Once again, the administration should get input from stakeholders (which it is doing) and again consider following the election year briefing paper and conducting a pilot program, which should include getting VBOs certified and then collecting further data and evaluating to see if there should be a permanent contract set-aside for veteran businesses.

Yes, there is disappointment with the report, but still room for improvement and reason for hope. By working with the recommendations made, obtaining more input from stakeholders, and furthering communication between the agencies and with veterans, we can still make New York City a far better place for veterans to not only open and expand businesses, but do much more work with and for the City.